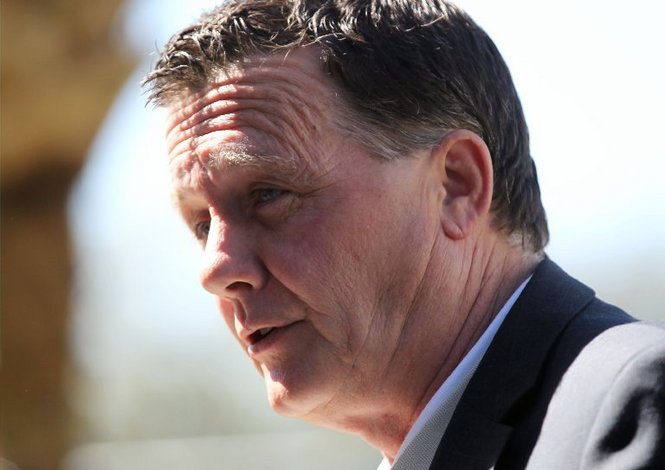 THE MODERATOR: Welcome, everyone, to today's IndyCar media teleconference.

Gentlemen, welcome to the call.

Michael, this is a pairing of two of the most known names in all of American sports: the Andrettis and Steinbrenners. How did the partnership come about and how will the relationship work?

The talk started actually between me and Bryan early this year when we were talking a lot about Colton, where he's going. We just started talking and felt we needed to get him in Indy Lights because I think Europe is a tough nut to crack. You can get to a certain point, but then to get to the next point is really tough.

We feel for Colton, that he'd have a better shot getting to the big cars coming back over here to the U.S. That's where the start of trying to see if we could do something with Colton.

About midyear I think the idea of the Steinbrenners having interest, especially with George, who is a huge fan, which I didn't know, of open-wheel racing, very knowledgeable of it. We started talking this might be a great opportunity for him to get involved with the sport.

One thing led to another. We turned it into a partnership now where we're basically here to try to mentor him and bring him up and get him to learn as much as he can about the sport, and hopefully turn this things into a long-term program.

We're very excited on our side to be associated with such an iconic name as the Steinbrenners, a great family, and now they're part of our family, like I said, hopefully for a long time.

THE MODERATOR: You mentioned 'part of your family'. Colton Herta has obviously been part of the Andretti family for a while as his dad was a driver for your race team. What about Colton as a driver let you know he was ready to take the step up to Indy Lights?

MICHAEL ANDRETTI: I've known Colton since before he was born. I watched him grow up. He did start a little bit late in go-karts. When he got going, he was winning right away. We'd always talk about Colton when I would get together with Bryan.

What really impressed me about Colton, and also showed me that he's very committed to this, is when he literally moved to Europe at the age of 14 on his own. To go over there and commit to something like that just shows his love for it.

Then what he did to go over there and win in very tough categories, especially Formula 3, not only to win but also qualify on the front row, many poles, is really tough to do. He showed us at that point he's ready now to come over here and be competitive in the Lights.

THE MODERATOR: Hank, the Steinbrenner name is known for its success in baseball. Obviously your father had an interest in horse racing as well as auto racing with Pat Patrick in the 1980s. How does adding this racing program add to the winning heritage of your family in sports?

THE MODERATOR: Does adding a racing program kind of add to the heritage that your family has in sports?

HANK STEINBRENNER: We don't have a heritage in car racing, obviously. The Andrettis, it's a different situation. But my dad really did love car racing. I always did, even when I was a little kid. My son has been around it for a long time through different connections.

Yeah, I mean, it is continuing that to some extent. Hopefully now it will become a much greater involvement and for a lot longer period of time.

THE MODERATOR: George Michael, congratulations on today's announcement. Welcome to the world of IndyCar racing as an owner. I know you'll be the team principal at Steinbrenner racing. What are the goals for the program beyond the Indy Lights with Colton this year?

GEORGE MICHAEL STEINBRENNER IV: First of all, thank you. Our goal is eventually to grow into an IndyCar program along with the Andrettis, and have Colton as the driver, and to win championships. That's the goal.

THE MODERATOR: Colton, welcome back to the Mazda Road to Indy and Indy Lights. What are your thoughts on coming home after two years in Europe and getting a car that has ties to the Andretti family and the Steinbrenner family?

COLTON HERTA: Thank you, first off. I'm really excited. I've been over there for two years. I was ready to move back. I think I learned what I needed to learn. Yeah, I'm ready to come back and fight for wins with a great program.

THE MODERATOR: Is there a track that you're looking forward to racing more than any other on the schedule?

THE MODERATOR: We'll open it up to questions for our guests.

Q: Colton, a lot of guys have gone to Europe and come back. We've seen that with Rossi, what he's done this year. Is there anyone you would talk to about what it means to come back racing in America, understanding the style differences racing over there versus racing here?

COLTON HERTA: I haven't really talked to anybody, per se. But Michael was in the same situation when he went off to Formula One. There have been many guys that filtered back in.

I grew up racing in America, so I don't really see a problem with getting back into American racing.

Q: George Michael, what kind of piqued your interest, made you a fan of open-wheel racing from the start? Did it have a lot to do with what your stepdad was involved with?

GEORGE MICHAEL STEINBRENNER IV: First it started with Tony Renna, who was as close to my mother's side of the family as one could get without being blood. I grew up watching him race. I was fascinated by the speed and competition.

As I started as an adult, I knew pursuing my passion in racing is what I wanted to do. So it brought me here. I'm thankful for Michael and Colton for coming together and making this possible in such a great partnership. It's a great opportunity for me to grow as a team owner and team principal.

Q: George Michael, the first race for the team will be at St. Pete in March, just down the road from where you call home near Tampa. How special will it be to see a car with the Steinbrenner name on it running around the streets of St. Pete?

GEORGE MICHAEL STEINBRENNER IV: It will be really important for me. Of course, that is my home. It's where I was born and raised. St. Pete, though it wasn't the first race I ever went to, it was a race I went to every year from 2008 on. So the streets of St. Petersburg will always hold a special place for me.

It's going to be nice that's the first track I'll get to see Colton run around and compete for the first time.

Q: Colton, can you talk a little bit about running with Andretti. I know your dad has a lot of history with them. You're running the 98 car, which is a special number with the Herta name, with Dan and Alex Rossi.

COLTON HERTA: It's going to be awesome. It's cool walking around the factory here and seeing all the old faces I haven't seen for a few years.

Yeah, it's a great opportunity. I'm really excited to get going.

THE MODERATOR: Seeing as we have no further questions, we will thank Colton Herta, Michael Andretti, Hank Steinbrenner, and George Michael Steinbrenner IV for their time.