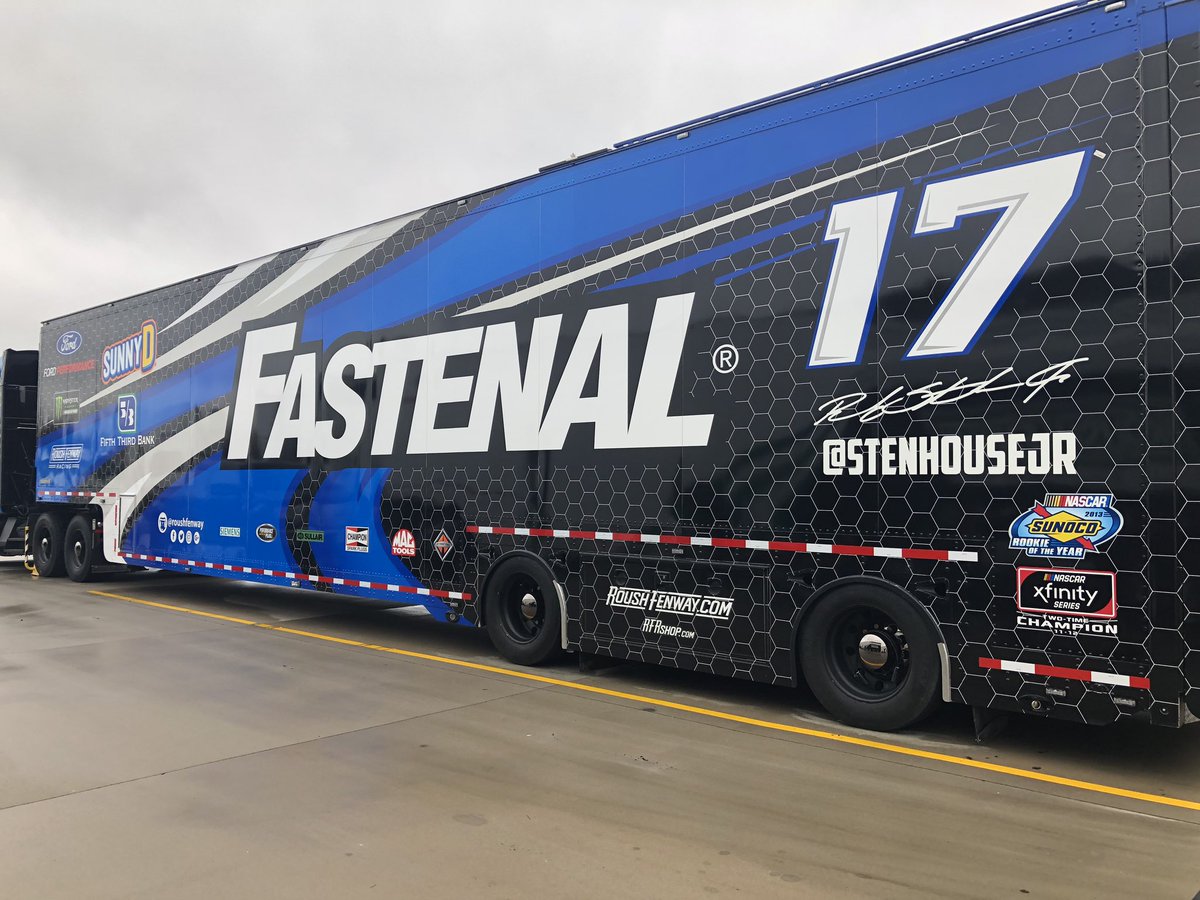 As part of the 2020 journey to the Daytona 500, Roush Fenway Racing will once again offer fans an inside look at an often overlooked part of the NASCAR schedule, taking them for a ride in the No. 17 Fastenal team hauler from its headquarters in Concord, N.C. to the world-famous Daytona International Speedway. The team will document the nearly 500-mile journey across its social media channels, encouraging fans to engage with the #RFRTruckin campaign.

The team haulers will head ‘eastbound and down’ Wednesday morning, with the teams arriving in Daytona Beach that night. The campaign will take an inside look at the average week for the team’s hauler drivers as they prepare the trucks and equipment for the upcoming races, with the trip culminating as teams park at Daytona International Speedway on Thursday, February 6.

Fans will have unparalleled access to the journey, which will include Q&As and live video from the haulers, using the hashtag #RFRTruckin. All followers are encouraged to engage with the journey and learn about the often unseen parts of the NASCAR experience.

This will be the fourth #RFRTruckin trip, as the team previously documented trips from Texas Motor Speedway and Las Vegas Motor Speedway to Phoenix raceway. In 2016, the team was awarded a Platinum MarCom Award in the Social Media Campaign category for its campaign around the hauler trip.

The team will continue #RFRTruckin out west for the journey from California to Phoenix during the first week of March.