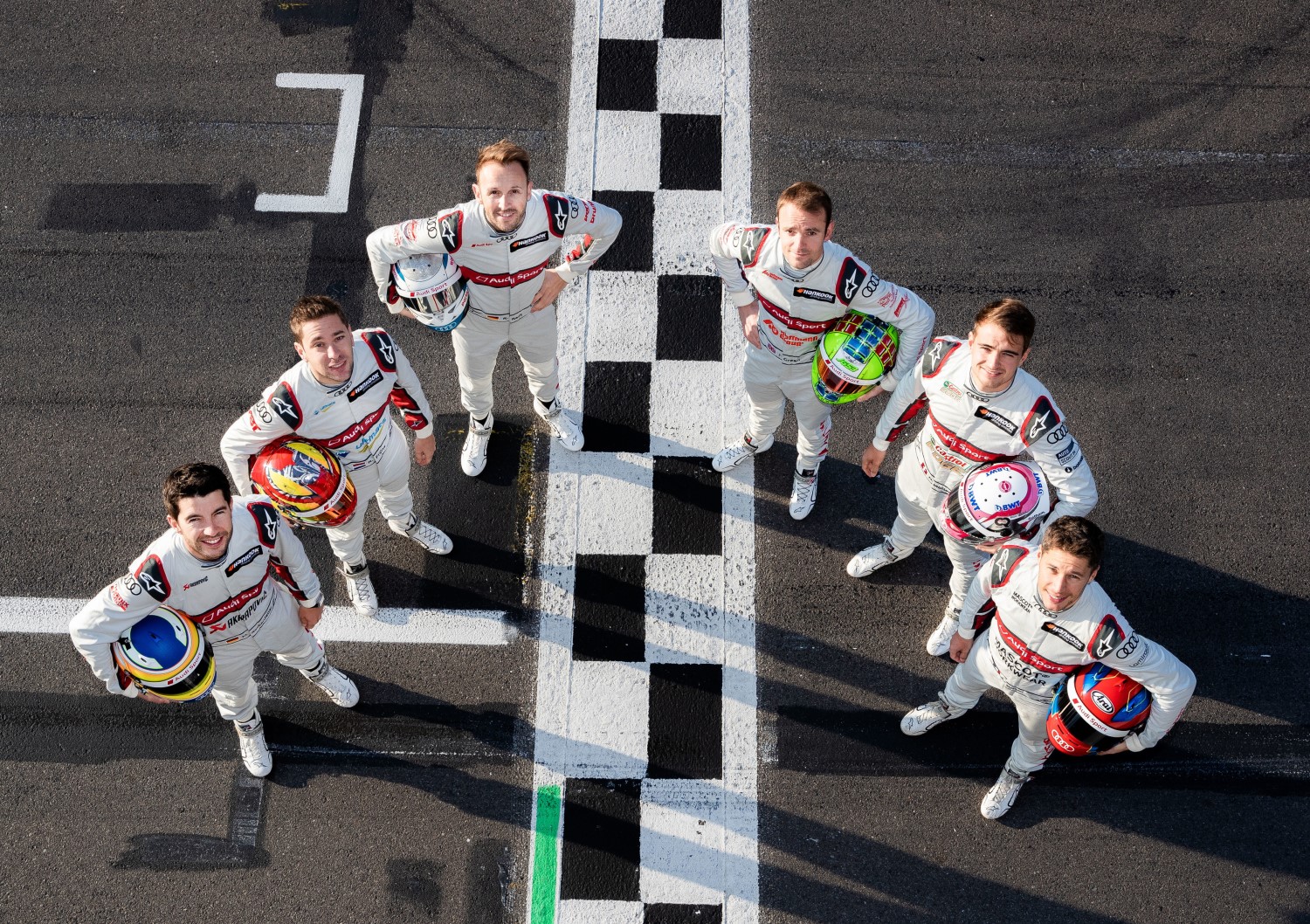 With an unchanged driver squad, Audi is starting the “title defense" project in the DTM in the 2020 motorsport season.

After the most successful DTM season in the company’s history with winning all three championship titles, twelve victories, twelve pole positions, twelve fastest laps and 40 of 54 possible podium finishes, the task for Head of Audi Motorsport Dieter Gass was quite simple. “After such a great season only the famous motto can apply: Never change a winning team! From my point of view, last year we had by far the strongest driver squad in the DTM. That’s why I’m very happy that we can continue to rely on the same six drivers in 2020."

The spearhead of the line-up is reigning DTM Champion Rene Rast (33). In his first three DTM years, the German clinched two championship titles, one runner-up title and 17 victories with Audi and is currently the driver to beat in the DTM.

Jamie Green (37) also has 17 DTM victories under his belt. The Brit is already tackling his 16th DTM season. With 193 starts he is the most experienced driver in the squad.

The German Mike Rockenfeller (36) is another DTM Champion on board. The Le Mans winner of 2010 and DTM Champion of 2013 has won six DTM races so far – all with Audi.

Nico Muller (27) is also a multiple DTM race winner. The Swiss was Rene Rast’s toughest rival in the title fight last season and clinched the runner-up spot in the end.

The Dutchman Robin Frijns (28) was on the podium several times in his first two DTM years with Audi and just barely missed his first DTM victory at the Nurburgring in 2019.

Loic Duval (37) completes the factory line-up of the four rings in the DTM 2020. The Frenchman looks back on his strongest DTM season to date, which he crowned with a pole position and a podium in the first joint “Dream Race" of the DTM and the SUPER GT at Fuji, Japan.

The line-ups of the three Audi Sport Teams Abt Sportsline (Frijns/Muller), Phoenix (Duval/Rockenfeller) and Rosberg (Green/Rast) remain unchanged.
The Belgian team WRT Team Audi Sport will again contest the 2020 season with two Audi RS 5 DTM cars on its own. With Ed Jones (24) from the United Arab Emirates and the Swiss Fabio Scherer (20), WRT again gives two young drivers a chance in the DTM.

Next week, the Audi drivers will be preparing for the new DTM season on the island of Lanzarote. From March 16 to 18, official test days are scheduled at Monza. The DTM 2020 starts on April 25/26 in Zolder, Belgium. A total of ten events with 20 races are on the calendar. New additions to the calendar are races in Anderstorp (Sweden), St. Petersburg (Russia) and Monza (Italy). Further locations are Assen (Netherlands) and Brands Hatch (Great Britain) and four events in Germany (Lausitzring, Norisring, Nurburgring and Hockenheim).

AUDI AG’s motorsport program continues to be based on three pillars: DTM, Formula E and customer racing. Highly efficient four-cylinder turbo engines with a displacement of two liters are used in the DTM. At Audi, these engines are important combustion engines worldwide. DTM plans to use plug-in hybrid systems from 2022. In combination with innovative fuels, such as those successfully tested by Audi at the 2019 DTM finale, DTM will show ways in which CO2 emissions can also be further reduced in combustion engines.