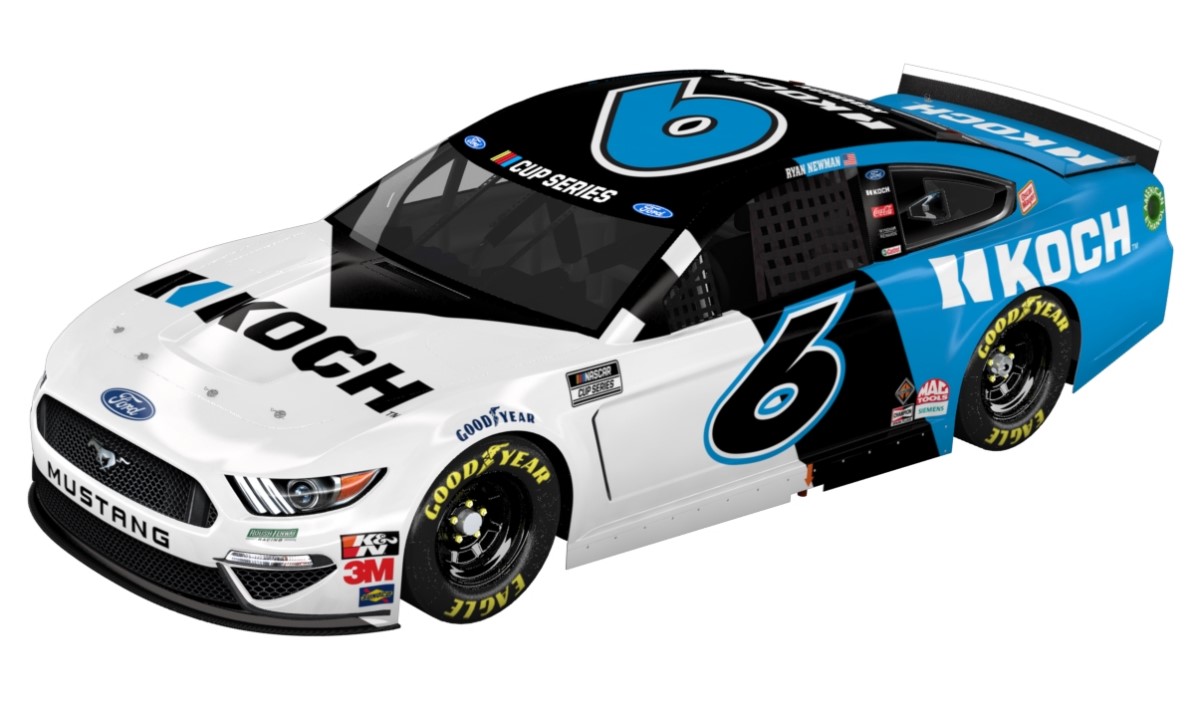 Roush Fenway Racing has announced that Koch Industries (pronounced “coke") will serve as the primary partner for Ryan Newman when its flagship No. 6 Ford Mustang hits the track for the 62nd annual running of the famed Daytona 500, kicking off the 2020 NASCAR Cup Series season. Koch Industries will make its debut on the No. 6 in the Busch Clash all-star event on February 9th at the Daytona International Speedway.

“We are looking forward to teaming up with Koch Industries and having them on the car for one of the most celebrated races of the season," said Newman, who scored a dramatic victory with a last-lap pass at the iconic event in 2008. “Winning the 500 is one of the biggest accomplishments of my racing career. We have really fast superspeedway cars at Roush Fenway and we’d like nothing better than to kick off our season by driving the Koch Industries Ford into victory lane at Daytona."

Roush Fenway boasts a pair of wins at the Daytona 500, with former NASCAR champion Matt Kenseth taking the celebrated checkered flag in 2009 and 2012; the latter serving as Hall of Fame owner Jack Roush’s historic 300th NASCAR victory. Overall, Roush Fenway has won seven times at the ‘World Center of Racing’ in NASCAR’s premiere series, most recently in the 2017 summer race.

“Koch Industries is excited to partner with Roush Fenway and Ryan Newman in this year’s Daytona 500. As our businesses continue to manufacture the things that make life better—from fuel to electronics to automotive sensors and component parts—the partnership between Koch Industries and Roush Fenway for this race is a natural fit. Sunday at Daytona is the premier event of the season and we are proud to help represent one of racing’s brightest stars," said Steve Lombardo, chief communications and marketing officer for Koch Industries.

This will mark Newman’s 19th start in the Daytona 500. He finished 14th last season, despite a late accident that forced the veteran driver to cross the finish line with a severely damaged racecar. He scored a seventh-place finish in the 500 in his inaugural run in 2002 and has finished top 10 in the famed event on five occasions, including the victory in 2008.