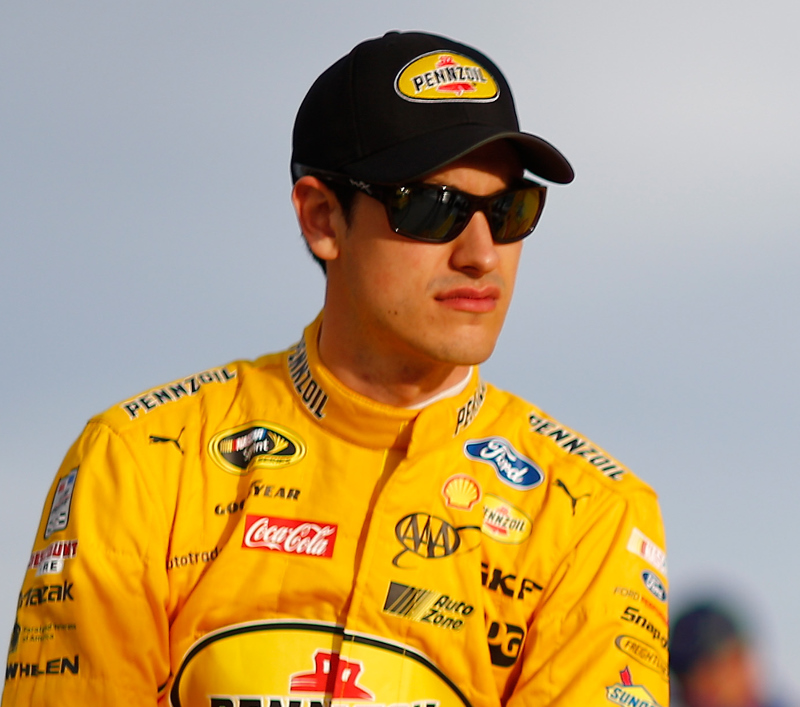 Logano drove the Team Penske No. 22 Ford to a best lap of 199.557 mph in the third and final session. The pole is Logano's second of the season, second at the 2-mile track and 16th of his Sprint Cup career. He won from the pole at Michigan in August of 2013.

Logano had settled for the second starting spot five times in 14 races this season.

"It just feels really good because the last couple of weeks we've come in second in the final round," Logano said. "We've been qualifying really well with this 22 car, we just haven't had the pole, so it's really nice to finally break through and get a pole with this new package. It really goes to show how great this Team Penske is on preparing cars from the shop and really not knowing what they're coming to. It has some great adjustability in it and a fast car, obviously."

[adinserter name="GOOGLE AD"]"Couldn't be more proud of the team with our qualifying efforts as of recently, it's just we finally won the right round — the last one."

Martin Truex Jr., the Coca-Cola 600 winner, will start second in Sunday's FireKeepers Casino 400 (1 p.m. ET, FS1, MRN, SiriusXM NASCAR Radio) after posting a lap of 199.016 mph in the Furniture Row Racing No. 78 Toyota. Three-time series champion Tony Stewart was third, marking his best qualifying effort in seven races so far this season after returning in April from an offseason back injury.

The three rounds marked the first qualifying session under new aerodynamic rules designed to reduce downforce and sideforce. The pole-winning speed was well under the track record of 206.558 mph set by Jeff Gordon in August 2014.

Two former Michigan winners — Kevin Harvick and Dale Earnhardt Jr. — failed to advance past the opening 20-minute round of group qualifying. Qualifying runs for Harvick's Stewart-Haas Racing No. 4 Chevrolet were twice interrupted by red flags — one for a stray duct left as debris early in the session by Jamie McMurray's car, and another for a crash with in Turn 3 by David Ragan with 4:21 left.

A third effort by Harvick was only 29th-fastest, just outside the 24-driver cut. Earnhardt managed only the 27th-fastest lap.

Kurt Busch, the defending race winner and last weekend's victor at Pocono, will start 17th after missing the 12-driver cut in the second round of qualifying. Denny Hamlin topped the first round, and Joey Logano paced the second round in the elimination-style qualifying session.

Qualifying was delayed by 15 minutes because of a backlog of cars trying to pass inspection. NASCAR competition officials said several teams struggled to comply with new rules regarding "skew," or rear-axle offset. Four drivers — Michael Annett, Greg Biffle, Brad Keselowski and Martin Truex Jr. — did not have cars present on the grid once qualifying got going at 4:30 p.m. ET.

Sunday's 400-mile event is the 15th of 36 races this year for the Sprint Cup Series.