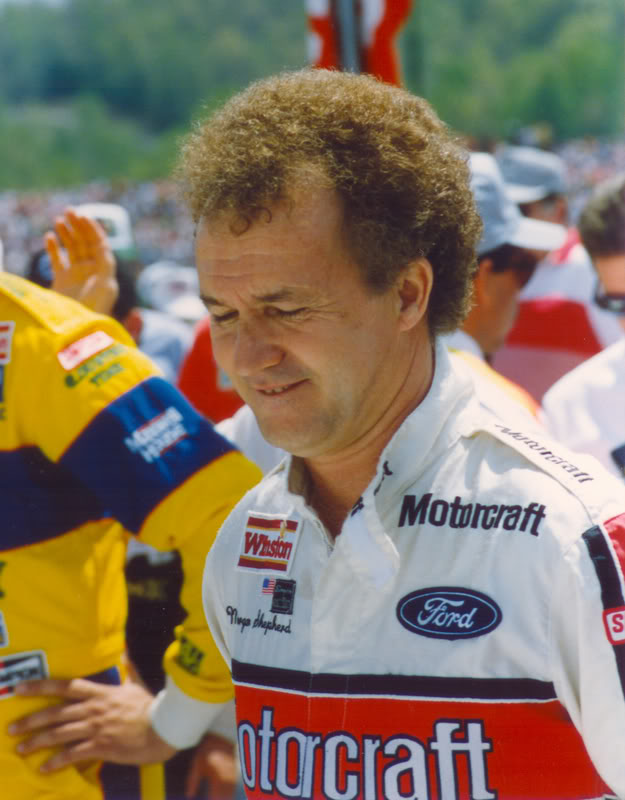 The Motorcraft/Quick Lane team, with rookie driver Ryan Blaney now at the wheel, will be back on the track at Dover International Speedway this weekend for the first time since 2008, when the team cut back to a partial Sprint Cup schedule.

For the Wood Brothers, it’s a return to one of the tracks where they had great success in years past.

The Woods won seven times at Dover over the years, beginning with their first trip there in the fall of 1972.

David Pearson led 350 of that race’s 500 laps to win by three laps over second-place Richard Petty. Pearson swept the Dover races in 1973, beating Cale Yarborough in the spring and Bobby Allison in the fall.

The late Neil Bonnett took the No. 21 Ford to victory in the spring of 1979 and fall of 1981.
But for Eddie Wood, a current co-owner of the Motorcraft/Quick Lane team, of the team’s 73 races at Dover, few bring back the memories quite like the Budweiser 500 in the spring of 1992.

[adinserter name="GOOGLE AD"]Wood was a crew member at that time, working as a mechanic on the car and changing front tires on pit stops.

Morgan Shepherd was driving the No. 21 Ford. At that time, Shepherd and the Woods were pioneering a tire strategy that eventually became commonplace. They would start a green flag run with air pressures much lower than the ones recommended by Goodyear. Morgan would sacrifice some speed early in a run as the tire pressures grew, but soon he would motor past any driver who had passed him and then maintain good speed for the remainder of the run.

Shepherd, who led a total of 52 laps that day, was out front when he drove onto pit road with 100 laps to go, for what was expected to be his final pit stop, the “money stop" as it’s often called.

Eddie Wood scrambled around to the right side of the car and began hitting lug nuts with his air wrench held wide open.

The first two popped off as expected. The third one wouldn’t budge. Wood knocked off the fourth and fifth lug nuts and went back to the third.

“The unthinkable had happened," he said. “Getting the lugs off quickly is the key to getting started on a good pit stop. Back then you had to be careful not to round off the corners of the nuts and make sure they all came completely off the studs. Every now and then one nut would hang by a thread keeping the tire from coming off.

“Those are the things you always worry about."

Unable to remove the wheel, Wood picked up four lug nuts and retightened them. (At that time, the tire changers removed and reinstalled their own tires, a chore handled today by the tire carrier.)

Shepherd returned to the track with his well-worn right-front tire and circled the track while crew chief Leonard Wood came up with a plan to change the tire. It was the opposite scenario of many a race today in which teams lose races because of lug nuts being too loose.

“We’d lost our chance to win the race at that point," Eddie Wood recalled. “We brought Morgan back in, and Leonard took a four-foot breaker over the wall and broke the nut loose.

“It was the one of the sickest feelings I had ever had after a race. I thought I’d tightened the lug too tight on the stop before."

“Mistakes on pit road happen a lot today, but I guess it really hasn't changed that much."

Wood was still beating himself up the next day as the team was returning home from the race. They were listening to a race on the radio, now known as the Xfinity Series, which was being run on that following Monday after being rained out the weekend before.

“We heard two teams experienced the same problem we had with lug nuts," Wood said. “I knew then that maybe it wasn’t all my fault."

At that time, teams bought lug nuts by the box, then ran a tap through them to be sure the threads were OK.

But it seems that a batch of lug nuts had been made with a defect on the surface of the nut that contacts the wheel. When tightened, the nut acted like a cam and locked itself against the wheel.

“We still lost the race, but I felt better about it after finding out about the problem with the lug nuts," Wood said. “But still, every time I think about Dover, I think about that day.

“I changed tires for several years after that, and I always had a fear that the same thing would happen again."

[adinserter name="GOOGLE AD"]As Wood and the Motorcraft/Quick Lane team return to Dover this weekend, the retired tire changer is hoping for another strong run by Blaney and comapny, which is fresh off a season-best fifth-place finish at Kansas Speedway last Saturday night.

“Dover is a fast track, and things happen quickly there," he said. “The race is 400 laps, unlike back in the day when it was 500, so you have to go hard all the time.

“That makes it more exciting."

Qualifying for the AAA 400 Drive for Autism is set for Friday at 3:45 p.m. and Sunday’s race should get the green flag just after 1 p.m. with TV coverage on Fox Sports 1.