NASCAR is unique in the sports world for a lot of reasons, chief among them is that it holds its own Super Bowl of sorts, the Daytona 500, at the start of the season rather than at the end.

Over the years, it's worked out well, with dramatic races on the iconic Daytona International Speedway setting a positive tone for the entire season. But few Daytona 500s have ended as spectacularly as the one 40 years ago this month. 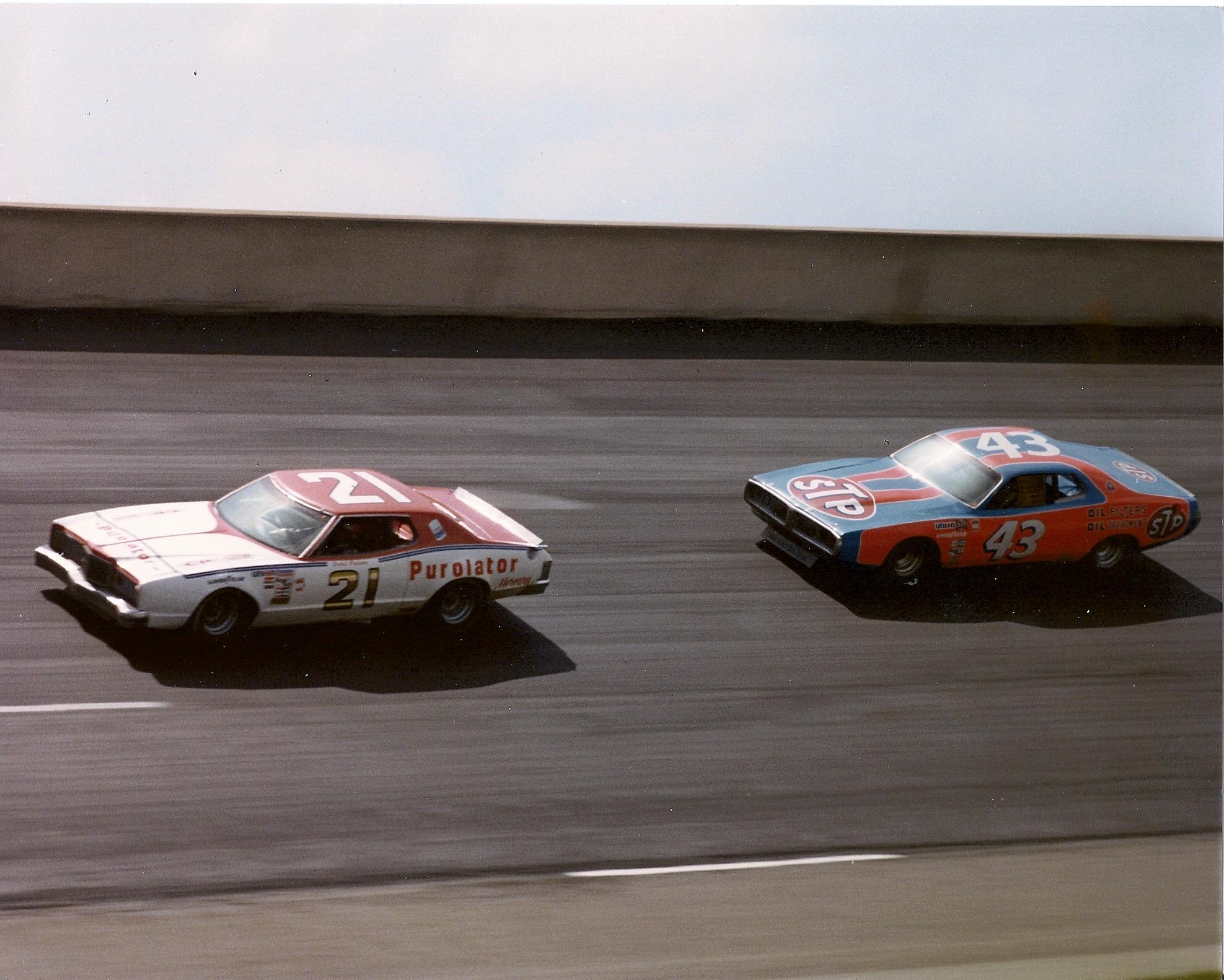 From the early stages of the 1976 Daytona 500, it was apparent to most that the race would be decided among the sport's top two drivers, David Pearson and Richard Petty, who were driving for two of the all-time most iconic teams in the sport – the Wood Brothers and Petty Enterprises.

For Eddie and Len Wood, the current owners of the No. 21 Motorcraft/Quick Lane Ford Fusion that Ryan Blaney will be driving this year, the 500 in 1976 was one of the first major races in which they held significant roles on the race team.

"We were there in 1972 when A.J. Foyt won in our car, but I was just getting out of college and Len was still in high school," Eddie Wood recalled.

In 1976, it was a different story. Both brothers were full-time crew members. Eddie had painted the chassis of the car and was the only crew member in communication with Pearson during the race. Len also turned wrenches and held the catch can during pit stops.

As expected, the race came down to a showdown between Pearson and Petty, with the two swapping the lead on the last lap before both drivers spun off turn four, with Pearson slamming into the wall. Amazingly he had the presence of mind to press the clutch, which kept his engine running during the spin, and allowed him to limp his damaged Mercury past Petty's stalled Dodge and take the checkered flag.

"It was a special win for Len and me because it was one of the first big wins where the two of us actually worked on the car," Eddie Wood said. "And it was the Daytona 500." 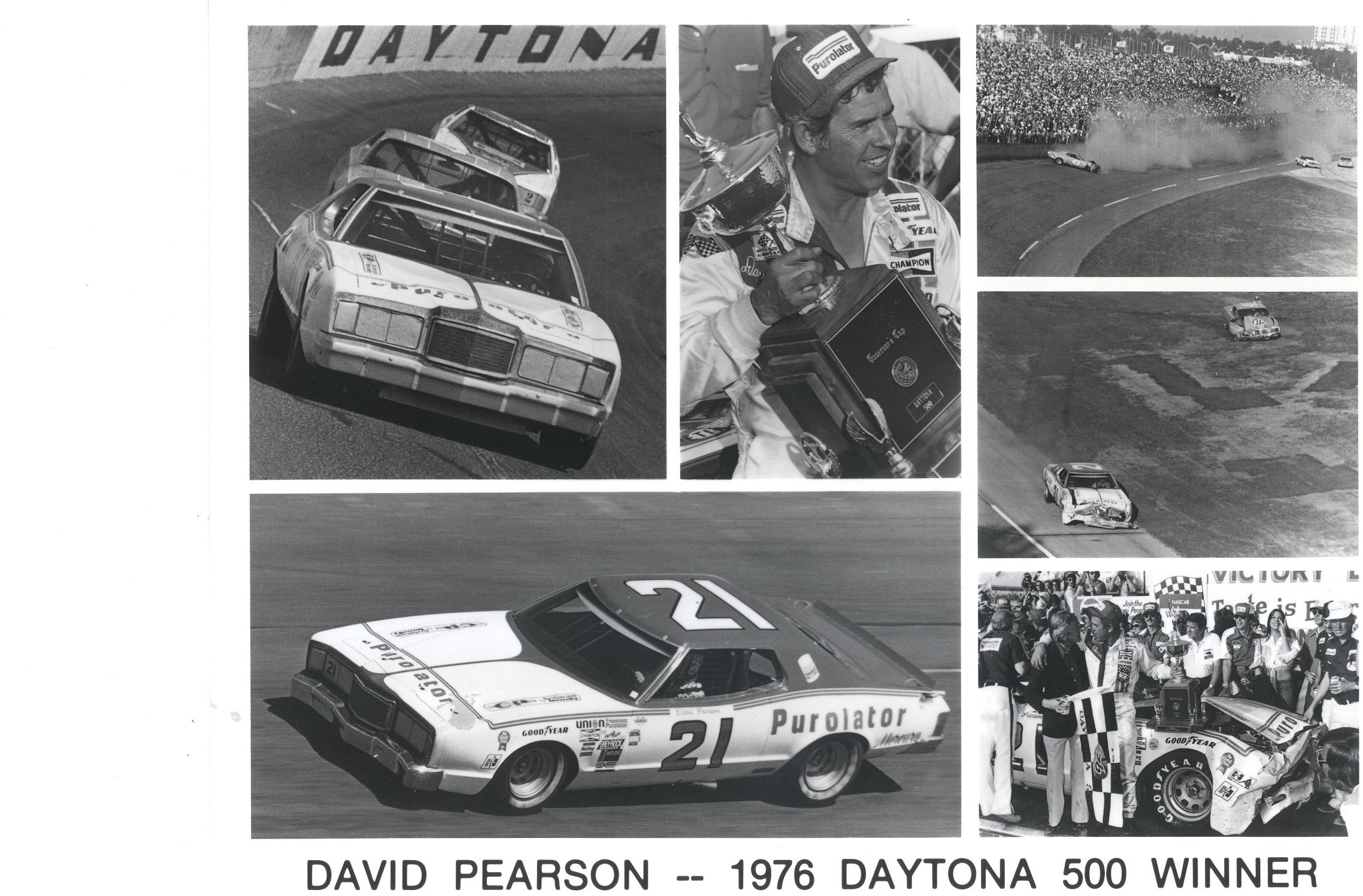 For the Woods, the details of that day 40 years ago are as fresh as yesterday's, and the relationships between the parties involved – then and now – make the memories even more special.

"At that time there was a rivalry between David and Richard and between our family and the Pettys," Wood said. "But it was a friendly rivalry. There's always been a great mutual respect there. We'd race one week, and then the next weekend it would start all over."

Because of that continuing philosophy on focusing on the next race, the Woods didn't put much emphasis on preserving the car that won that 500 in 1976. It was repaired and raced again and again for several years.

"We didn't do a very good job of keeping cars," Wood said. "We raced that one up until the 1980s. Neil Bonnett won a Firecracker 400 in it and a race at Talladega."

It was changed at some point from a Montego body to a Cougar, taking advantage of the improved aerodynamics of the Cougar.

When NASCAR mandated a reduction in wheelbase from 115 to 110 inches in 1981, the car was basically rendered obsolete so it was made into a show car for the series sponsor at that time, R J Reynolds, showcasing the Winston brand.

After some time on the display circuit, Richard Childress took all the parts, engine and transmission of the car and used them to build what was then known as a "left-right" car to be used in road races on city streets, a NASCAR idea that never got off the ground.

The body and frame were returned to the Wood Brothers, and one of the most famous cars in NASCAR was relegated to the scrap pile.

"It sat behind the shop for years, and one day a friend, Mike Foley came by and bought it for $200," Wood said. "He loaded it up, and it went up the hill and out of sight. We never saw it again." Years later, Wood got a call from Donnie Gould, a noted restorer from Florida who said he believed he'd found the car in a junkyard in Ft. Lauderdale.

"I didn't believe it could have been it at first, but he sent me some Polaroid pictures of it, and I could tell from some of the brackets on there that it was the real thing," Wood said. "Donnie was able to come up with enough parts and pieces to restore it, and he raced it in some vintage races."

"We kind of lost track of it after that, and the last we heard it was in a museum in the Midwest."

When the Woods won their fifth Daytona 500 in 2011, they made sure the winning car didn't suffer a similar fate.

After a year on display in Daytona USA, it was placed in The Henry Ford museum in Dearborn, Mich., just like it came off the race track.

"It still has the Powerade, Coca Cola and confetti on it," Wood said. "Len and I have always been big fans of the Henry Ford museum, and we used to think it would be cool to do something worthy of having a car in there. We'd hoped for something like that for a long time, and it all worked out."

Now the Woods are headed back to Daytona with another Motorcraft/Quick Lane Ford and with the same excitement of numerous other similar trips through the years.

"You start working on your Daytona 500 car in September," Wood said. "You work on it all winter because the Daytona 500 is the biggest race of the year, the one you think about the most."

"That's never changed since the days of racing on the beach, and it never will change."