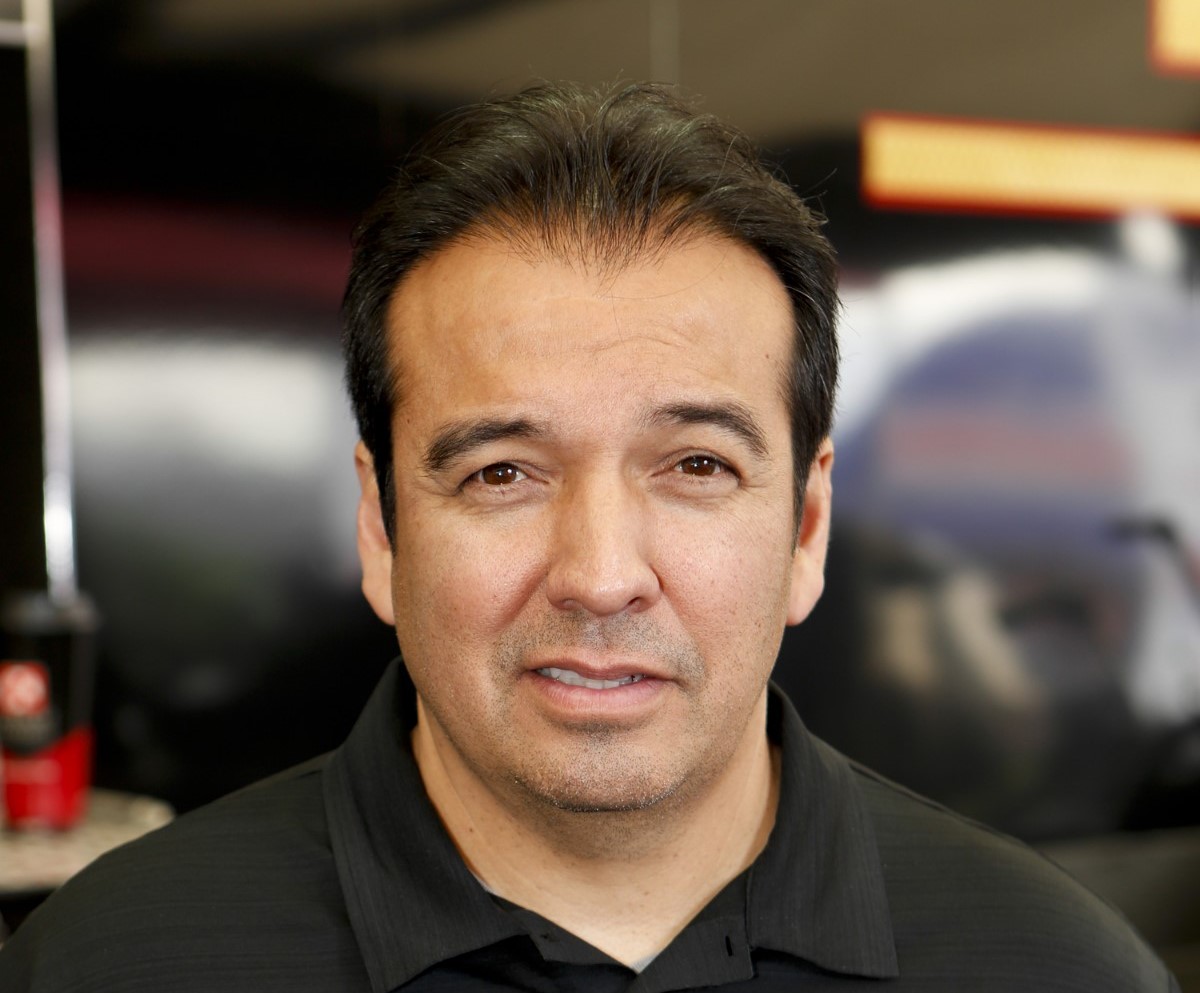 This extended Q&A marks the third in a series with FOX Sports motor sports personalities to be highlighted over the next several months. Two-time NHRA Funny Car champion Tony Pedregon, who competed on track in 2015, moves to the FOX NHRA booth in 2016 for the inaugural National Hot Rod Association season on the FOX family of networks. To learn more about Pedregon, please visit http://tonypedregon.com/ and follow him on Twitter @TonyPedregon.

FOX SPORTS: Why the move to television and what are you doing to prepare for your new role?

PEDREGON: The timing seemed to be right. I've been a hired driver and team owner, winning championships in both roles. But as much as I enjoy driving, I never imagined myself being in the seat for another five to 10 years, maybe as a team owner, and I always had in the back of my mind that there are safer things in life than sitting behind a 10,000-horsepower motor. When the thought of being a part of the new FOX Sports broadcast team became a consideration, everything about it pointed to something very appealing and more and more like the next chapter of my career.

To prepare I have been watching a lot of NFL analysts, boxing and other sports broadcasts. Many late nights spent on YouTube watching drag racing greats like Steve Evans, Dave McClelland and Chris Economaki. My perspective will come from a different background as a former owner/driver, but I can learn from pros I enjoy watching and listening to. I’m sure there will be a lot of training and coaching to help me prepare to do a good job for the viewers.

[adinserter name="GOOGLE AD"]FOX SPORTS: How has the new television package been received by the NHRA teams? What impact do you expect it to have on the sport?

PEDREGON: The new TV partnership with FOX Sports is something we have all been hoping would happen for a long time. We have a great high-energy product with interesting personalities and stories, and like anything else, the only thing the sport has lacked is the ability to share the experience, particularly with new audiences. Our current fans are the best and they want some consistency in being able to find the show, but the live factor is something that would help any sport grow. I'm sure we share the same expectations and that is to better expose and present the quickest and fastest show on wheels to viewers. When we do that, growth will follow.

FOX SPORTS: You've literally grown up at the drag strip; how much racing have you watched on TV and what is your first memory of watching drag racing on television?

PEDREGON: Most people would be surprised to know that if my brother Cruz and I weren't racing, we would still be dedicated drag racing fanatics. Before and through our teens, we would attend races in So Cal and watch and even listen for race updates on KLAC country radio.

My first memories of drag racing were on ABC’s Wide World of Sports, which was unreal for us to be able to watch racing when we knew we couldn't attend. The announcers used to wear pale yellow sport coats and it seemed like a great time in drag racing to watch Big Daddy (Don Garlits) race Shirley (Muldowney), and the Snake (Don Prudhomme) take on the Blue Max (Raymond Beadle). Drivers gave real interviews and did not lose the viewers’ interest with redundant sponsor mentions.

FOX SPORTS: What are some of the storylines you expect to see in 2016?

PEDREGON: The Pro Stock class will be a good story. The switch from carburetors to electronic fuel injection and losing the hood scoops is what we will see, but how all of the teams adjust and adapt will be interesting. Top Fuel and Funny Car performance will be up there since, within a year, we’ve seen a sizable increase in elapsed time and speed. It will be interesting to see what the NHRA will do to contain the power the cars in the Fuel classes are making.

FOX SPORTS: Can you slow things down and describe everything that goes on inside the cockpit for a driver from the time you roll into the staging lanes until you complete a run at more than 300 mph?

PEDREGON: Strapping into a seven-point harness is a confining feeling. Mentally, running through a mental checklist is standard. Doing a "burnout" to build temperature in the motor requires very little throttle movement and lots of finesse. We (the car chief and crew) give everything a quick visual and lower the body. I always take a last listen to how the motor sounds just before I roll the car forward to the start line.

Any thoughts quietly fade and all the focus shifts to staging the car into the beams carefully with the hand brake. I am never sure if I will breathe much, but once the stage light lights up I always know to be ready for the launch. Blinking is a big “no no" for any driver. Blasting off from 0 to 100 mph in less than a second is a normal run for a Nitro Funny Car. At instant full throttle, the car wants to be steered, even when it seems like it is going straight … unreal acceleration and the short amount of time we have to do everything just right. Vision blurred, car shaking, clutch dust and header flames are all normal. At half-track, and at a speed close to 270 mph, the finish line becomes the goal along, with timing the parachute so that it will hit right at the line and not far after. Four seconds later, I lift off the throttle, never relying completely on chutes, and grab the brake so hard the brake rotors glow from the heat. Then I resume breathing, still making sure all is good and electronics and fuel are shut off.