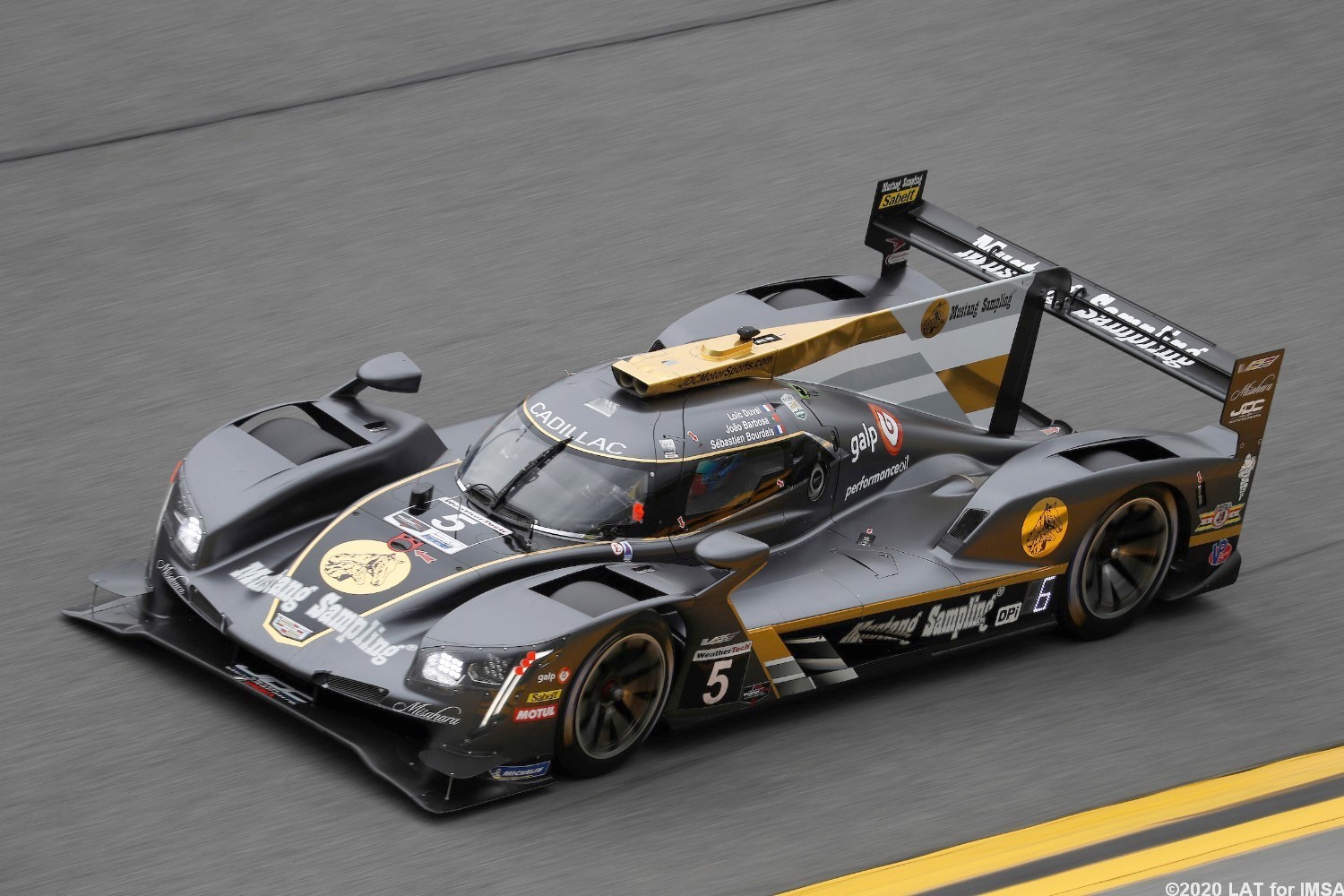 It's two Cadillacs against two Mazda for the win in the Rolex 24. With 4 hours to go the #5 Cadillac is in front of the #10 Wayne Taylor Cadillac by 3 seconds.

Olivar Pla runs third in the #77 Mazda ahead of the team car the #55 driven by Harry Tincknell.

The 5th place DPI car of Juan Montoya is 2 laps back in the #6 Penske Acura and has no chance to win.

The GT Le Mans class lead swung back and forth between BMW and Porsche in the early hours of the morning while Corvette Racing’s No. 3 C8.R also remains in the hunt.

After BMW’s Jesse Krohn passed Porsche’s Laurens Vanthoor for the lead in Hour 16, the RLL crew brought its leading No. 24 BMW M8 GTE into the pits for a brake change which dropped it to fourth behind the two Porsches and the best-placed Corvette, but by the 20-hour mark it was back up to 2nd with John Edwards at the wheel. The #912 Porsche leads the class by 0.1 sec. The top-5 are so close, anyone can win.

The No. 4 Chevrolet Corvette C8.R returned to the track after spending almost eight hours in its garage for lengthy repairs on an oil leak.