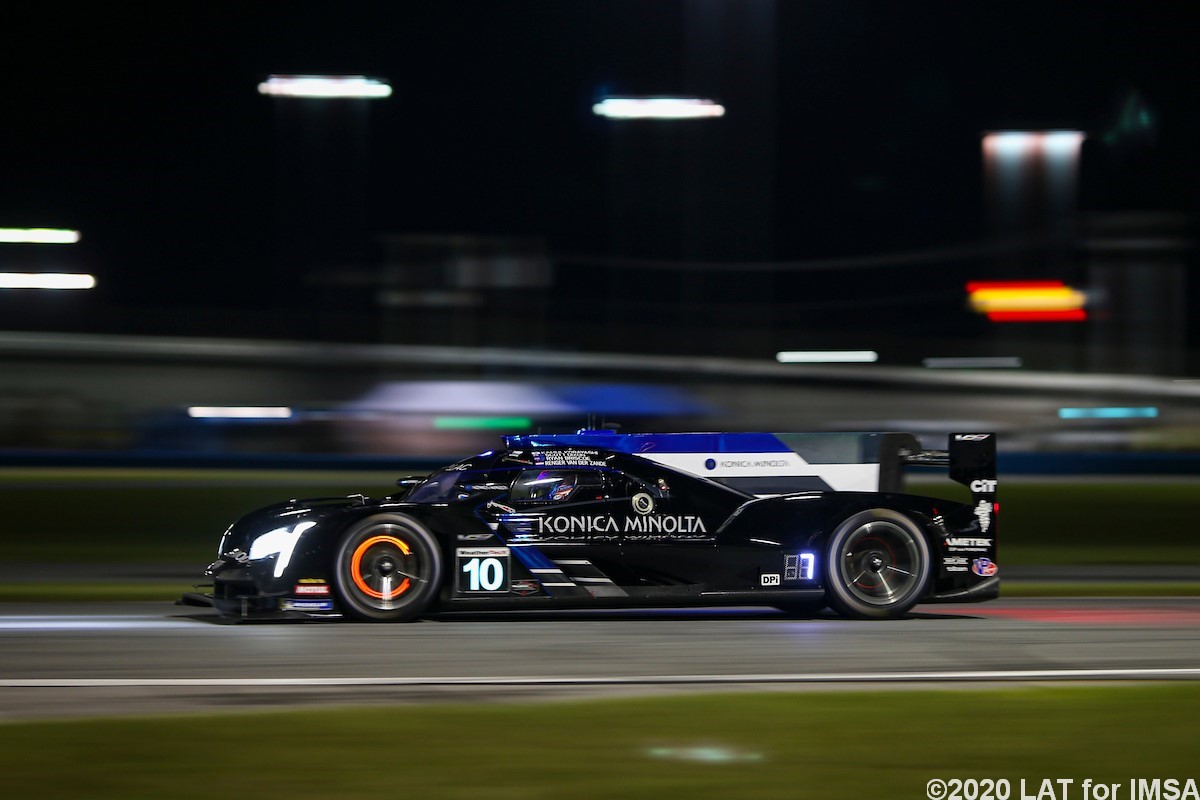 Taking full advantage of the BoP advantage gifted to them by IMSA before the race, Cadillacs still run 1-2-3 at the 2/3rds mark of the Rolex 24. The #10 Wayne Taylor Racing Cadillac now holds a comfortable 48 second lead over the #5 Mustang Sampling Cadillac.

The #31 Whelen Cadillac runs third but is almost 1-lap down. The #77 and #55 Mazdas round out the top-5 one and two laps down respectively.

The Penske Acuras are now both out to lunch having been slowed by IMSA before the race with a BoP adjustment to slow them. Of course the #7 getting put into the barriers by the #55 Mazda earlier did not help their cause.

The #24 BMW with Jesse Krohn at the wheel leads in GTLM but the #912 Porsche driven by Vanthoor is right on his rear bumper. A few minutes before two-thirds distance, Krohn drove his BMW up the inside of Vanthoor’s Porsche on the infield to take the category lead.

Nick Tandy in the #911 Porsche and Antonio Garcia in the #3 Corvette run 3rd and 4th and still on the same lap as the BMW.

The #48 Lamborghini with Andrea Calderelli at the wheel leads in GTD by 1-lap over the #88 Audi as its nearest competitor, the #9 Porsche has gone to the garage.