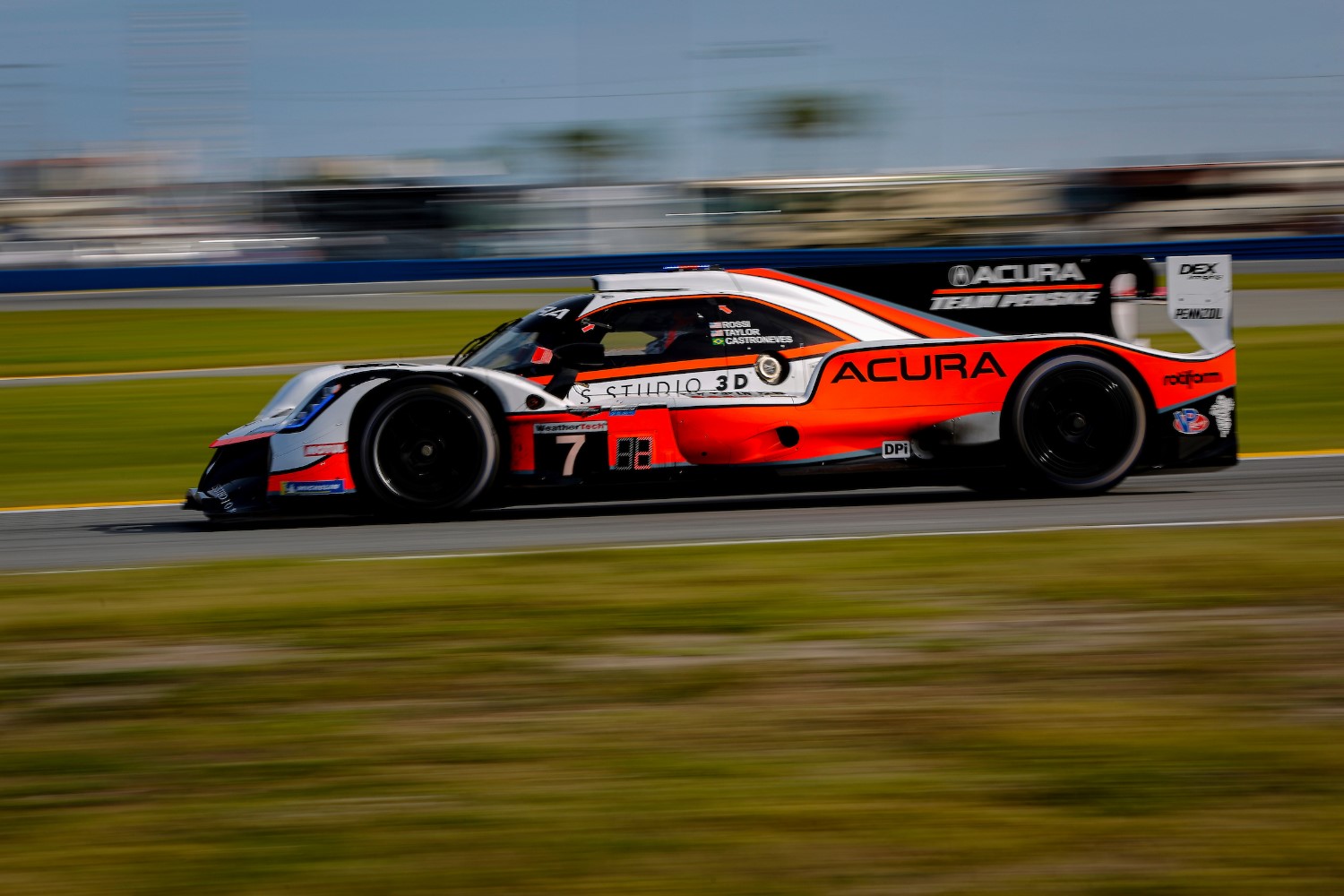 #55 Mazda driver Harry Tincknell took out 1/2 of the Team Penske team with a boneheaded move in the chicane in the 4th hour of the Rolex 24.

The two cars were battling for third overall at the time.

Tincknell in the No. 55 Mazda RT24-P tried to outbrake the No. 7 Acura DPi of Castroneves at the Bus Stop chicane, but Tincknell had zero chance to make the pass and drilled the side of the #7 Acura as it drove toward the apex.

While the Mazda spun across the tarmac, the Acura ended up in the tire wall, leaving it with significant rear-end damage.

Castroneves immediately took the car behind the wall and to the garage, while Tincknell was handed a drive-through penalty for incident responsibility.

Meanwhile the sister Team Penske car – the #6 Acura – is now leading while the #7 is now so many laps behind they have zero chance to win.

It's the 2nd major crash of the car after Ricky Taylor wadded it up in qualifying.

The car is so banged up and so far behind running in dead last they should just park it.

The Porsche GT Team continues to battle the #24 BMW in the GT Le Mans category.

LMP2 is still led by the No. 52 PR1/Mathiasen Motorsports Oreca 07 Gibson.

The GT Daytona field is headed by the No. 9 Pfaff Motorsports Porsche 911 GT3 R