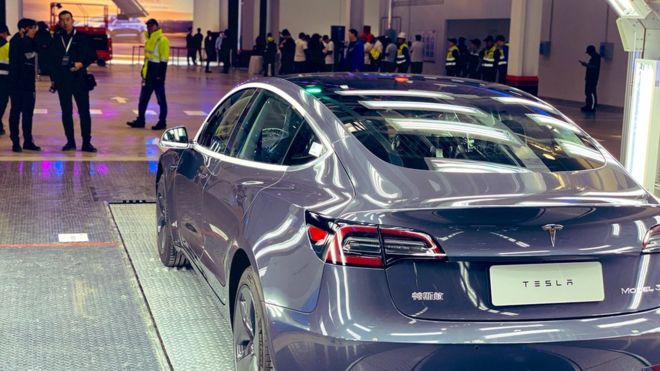 Tesla blasted customer complaints that its cars may suddenly accelerate on their own Monday, calling the reports “completely false."

The 127 complaints about Tesla vehicles suddenly accelerating are contained in a petition calling for a federal defect investigation of the matter. Independent investor Brian Sparks, who told CNBC last week that he is currently shorting Tesla stock, submitted the petition to the National Highway Traffic Safety Administration.

Tesla said in a statement Monday that it has previously discussed “the majority of the complaints alleged in the petition" with NHTSA. The company said it has examined data on all incidents in which data is available, but did not provide details on such data.

“This petition is completely false and was brought by a Tesla short-seller," the company said in the statement. “We investigate every single incident where the driver alleges to us that their vehicle accelerated contrary to their input, and in every case where we had the vehicle’s data, we confirmed that the car operated as designed."

The National Highway Traffic Safety Administration agreed to review the petition requesting the agency formally investigate 500,000 vehicles manufactured by Tesla Motors. The petition cites 127 consumer complaints to NHTSA involving models produced since 2012 and asks the NHTSA look into 500,000 units it believes may need to be recalled.

Many of the complaints involve incidents of unintended acceleration when attempting to park vehicles; others cite events where a vehicle’s advanced driving systems (namely Autopilot) led to erratic behavior or crashes in traffic. On Friday, the agency said it would look into the issue.

The agency already has several ongoing investigations relating to Tesla. Another petition, this time from September, encouraged the NHTSA to examine 2,000 vehicles the company attempted to fix via an over-the-air software push. The petition claims these cars, which received the update in May of 2019, never should have been able to be sold due to a presumed battery fire risk.

According to Reuters, Edward Chen, one of the lawyers that filed the petition, suggested the number of affected vehicles could be much higher than 2,000.

We also recently received confirmation that the NHTSA was examining the December 29th crash of a Tesla Model 3. That incident resulted in the death of one passenger after the vehicle collided with a parked fire truck in Indiana. It’s the 14th case of the agency’s special crash investigation program needing to take another look at Autopilot. Still, it may not be fair to call the system inherently unsafe.

Many of the issues surrounding Tesla’s advanced driving aids probably stem from customers mistakenly thinking their cars are equipped for self-driving. While some of the blame lies with the manufacturer’s marketing efforts, Tesla has tried to be clearer in recent years about Autopilot’s very real limitations. Unfortunately, we continue to see people abusing these systems by giving them unwarranted levels of trust.

The NHTSA will likely conduct a technical review of the latest allegations, deciding afterward whether or not to open a formal investigation. “As is the agency’s standard practice in such matters, NHTSA will carefully review the petition and relevant data," the agency said in a statement.