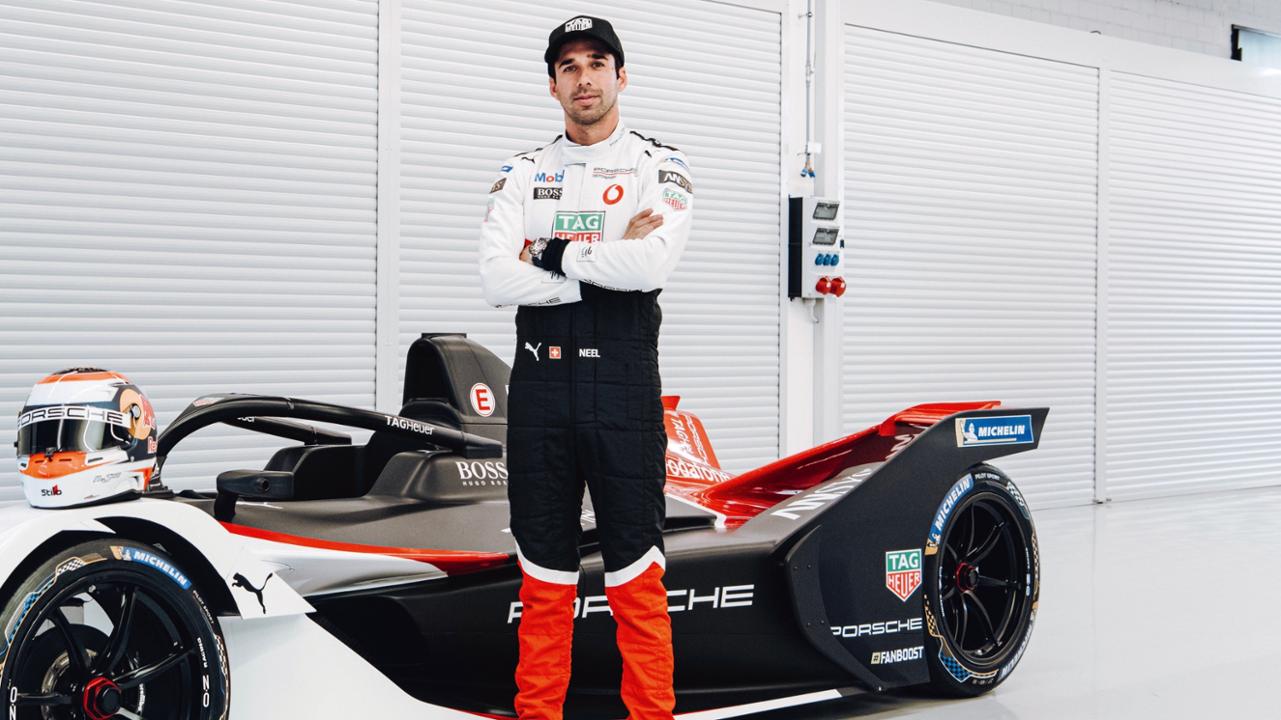 How have you spent the past few weeks preparing for the Formula E race in Santiago de Chile?

“The two races in Saudi Arabia at the end of November were a steep learning curve for me and the whole team. I was not happy with my weekend. Over the past few weeks, we have worked hard and grappled intensively with all the details to analyze the areas where we still have room for improvement. The focus was on the car set-up and energy management. The difficulty is bringing everything together. Everyone has done their homework during the winter break, so let’s see how we get on in Chile. The goal is definitely to score points."

What is your first impression of the circuit in Santiago?

“My first impression from the simulator is that the circuit is completely different to the one in Diriyah. It is more of a classic Formula E track, with tight corners and hairpins, not all that quick, and with fewer changes in elevation. The track has one of the longest straights. Of all the Formula E circuits on the calendar, this is where we could reach a high top speed. As far as the asphalt is concerned, there could also be variations, which will have an effect on the grip level and thus the car set-up."

What do you expect from the race in Chile after your successful season-opener?

“Generally speaking, I am cautiously optimistic about the race in Chile. We had a great start to the season in Saudi Arabia, but I am also aware that there is still room for improvement. As a new Formula E team, we still have a lot to learn. The break has been good for us, as it gave us time to analyze a lot of data. As such, I am confident that we will improve again in Chile. Whether we will have as good a race as in Saudi Arabia is hard to say. We must get through qualifying without any incidents, then we will have a good chance of picking up points. The potential is definitely there."

What effect will the circuit have on the Porsche 99X Electric?

“Last year, it was hot in Santiago. That made the race very tiring for us drivers. The circuit has been updated for this season and should suit the Porsche 99X Electric. The philosophy behind the car set-up is definitely moving in the right direction."

Has the successful start in Saudi Arabia changed the goals for Porsche’s first season in Formula E?

“We saw at the Diriyah E-Prix that the Porsche 99X Electric is competitive and capable of mixing it with the front-runners. Over the course of the season, however, it will be important to perform consistently in qualifying and to finish in the points in every race. These factors were key to success in recent Formula E seasons. We are confident that we have both the car and the team to succeed in this regard. Despite the positive start to the season, our goals remain the same; we are striving to get the maximum out of every race."

What are the expectations of the race in Chile?

“Since Saudi Arabia, we have had enough time to examine our processes and to improve efficiency in certain areas. We will implement the findings we made at the coming race in Chile. We want to back up the success we enjoyed at the Diriyah E-Prix. Generally speaking, top-ten finishes and points are a realistic goal."

Everything you need to know about the Santiago E-Prix

Round three of Season 6 of the 2019/2020 ABB FIA Formula E Championship takes place in the center of the Chilean capital, Santiago, in Parque O’Higgins. There is a short functional test (shakedown) on the eve of the race (17 January). Race day (18 January) starts with two free practice sessions; the first lasts 45 minutes, the second 30 minutes. In qualifying, the drivers are divided into four groups of six, based on the standings in the Drivers’ Championship. Andre Lotterer is currently sixth, so starts in group one while Neel Jani, in 21st place, goes in group four. The drivers each have six minutes to set the best possible lap time. The fastest six drivers across all the groups then qualify for the 20-minute Super Pole. This decides who will start the race from the first, second and third row of the grid. The race lasts 45 minutes plus one lap.

The 2.287-kilometer street circuit in Santiago is a classic Formula E track, with narrow sections, hairpins and eleven corners in total. Two striking features are a long left-hander (Turn 8) and a long straight.

Qualifying and the Santiago E-Prix will be broadcast on Eurosport.