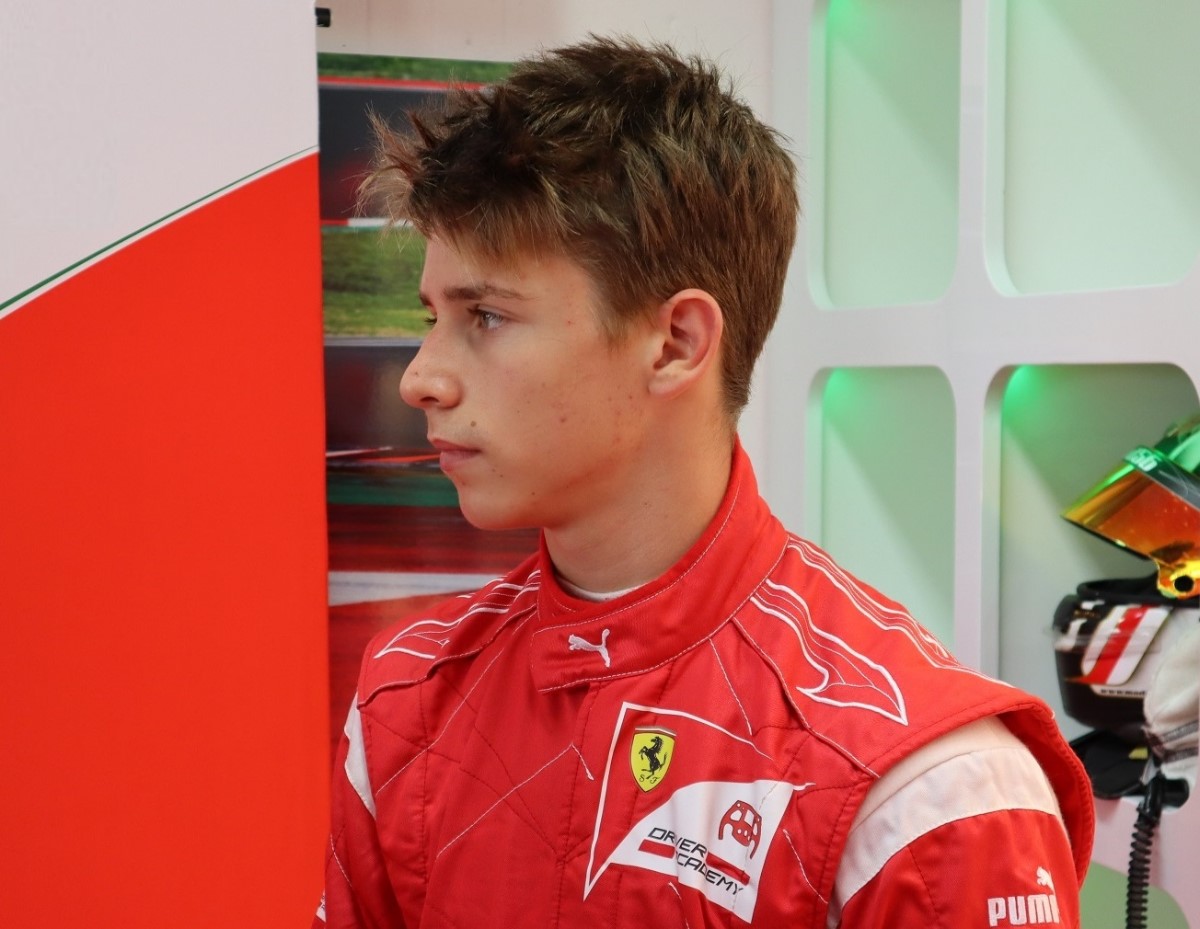 The Ferrari Driver Academy is pleased to announce that two new drivers are joining the Maranello marque’s racing driver training and development program, which has now been operational for eleven years. The drivers in question are Arthur Leclerc and Dino Beganovic, whose 2019 performances showed they have what it takes to be part of the FDA.

In Formula Regional. Arthur Leclerc is the younger brother of the highly rated and current Scuderia Ferrari driver Charles, himself a former alumnus of the FDA. Arthur was born in Monaco on 14 October 2000 and will tackle the Formula Regional series this year, having first raced single-seaters in 2018 in the French Formula 4 championship. In only his second race, he won at Nogaro, going on to repeat that feat later in the year at Magny-Cours.

He first came into contact with the FDA last year, when he took part in one of its evaluation Camps, aimed at assessing talented young drivers. He stayed with Formula 4 last year, but moved to the more competitive German ADAC Formel 4, where he performed very consistently. He took one win at Hockenheim, as well as finishing on the podium a further seven times, on his way to a strong fifth in the championship. Leclerc will therefore move up a category, racing for Prema Powerteam. In Formula Regional, Arthur will be teamed up with Gianluca Petecof. The Brazilian has been on the FDA books since 2018 and came second in the Italian Formula 4 championship to earn his right to move up a series this year.

From karts to Formula 4. The second FDA freshman is the very young Dino Beganovic. Born on 19 January 2004 and from Landeryd, Sweden, he showed his class in karting, with two Swedish titles already to his name and a second place in the WSK Euro Series in 2019. Dino was recommended to the FDA by the people at Tony Kart, who act as scouts for the Maranello program, in the world of karting. Apart from Beganovic, the Italian company was also responsible for introducing Marcus Armstrong and Gianluca Petecof to the FDA. The Swede will be making his single-seater debut, with Formula 4 as the natural first step. He too will come under the wing of the Prema Powerteam.

New school year. The two “new boys" will start work in Maranello in the second part of January, when they will meet fellow students and FDA staff. There are no fewer than nine FDA pupils this year. Apart from Enzo Fittipaldi, who races in the FIA Formula 3 series with the HWA Racelab team, Petecof and Beganovic, it was announced last November that five drivers will race in FIA Formula 2: Giuliano Alesi, Callum Ilott and Mick Schumacher on their second season in the category, with, from FIA Formula 3, Marcus Armstrong and reigning champion Robert Shwartzman.

Laurent Mekies Scuderia Ferrari Sporting Director
“It’s been a busy winter for the Ferrari Driver Academy. We have been trying to build up the best development program for our drivers in 2020, with a significant increase in their activities and training program at our headquarters in Maranello.

We have also been scouting for more talented youngsters and we are happy today to announce that Arthur and Dino are joining us for what’s going to be a very exciting season. We have FDA drivers in all the categories of the FIA single-seater ladder and our focus will be on supporting them the best we can in their development as racing drivers and as young individuals. All of us in Maranello are very much looking forward to seeing how our nine young drivers will perform over the coming months."

Marco Matassa FDA Technical Director
“Today we are very pleased to confirm two more young drivers are joining our 2020 FDA line-up. All our drivers taking part in F3, Formula Regional and F4 are rookies in their respective categories, so the season looks like being very interesting and competitive.

In each case, the FDA’s objectives are to continue to help them progress both technically and as individuals, in their path towards reaching our common goals."