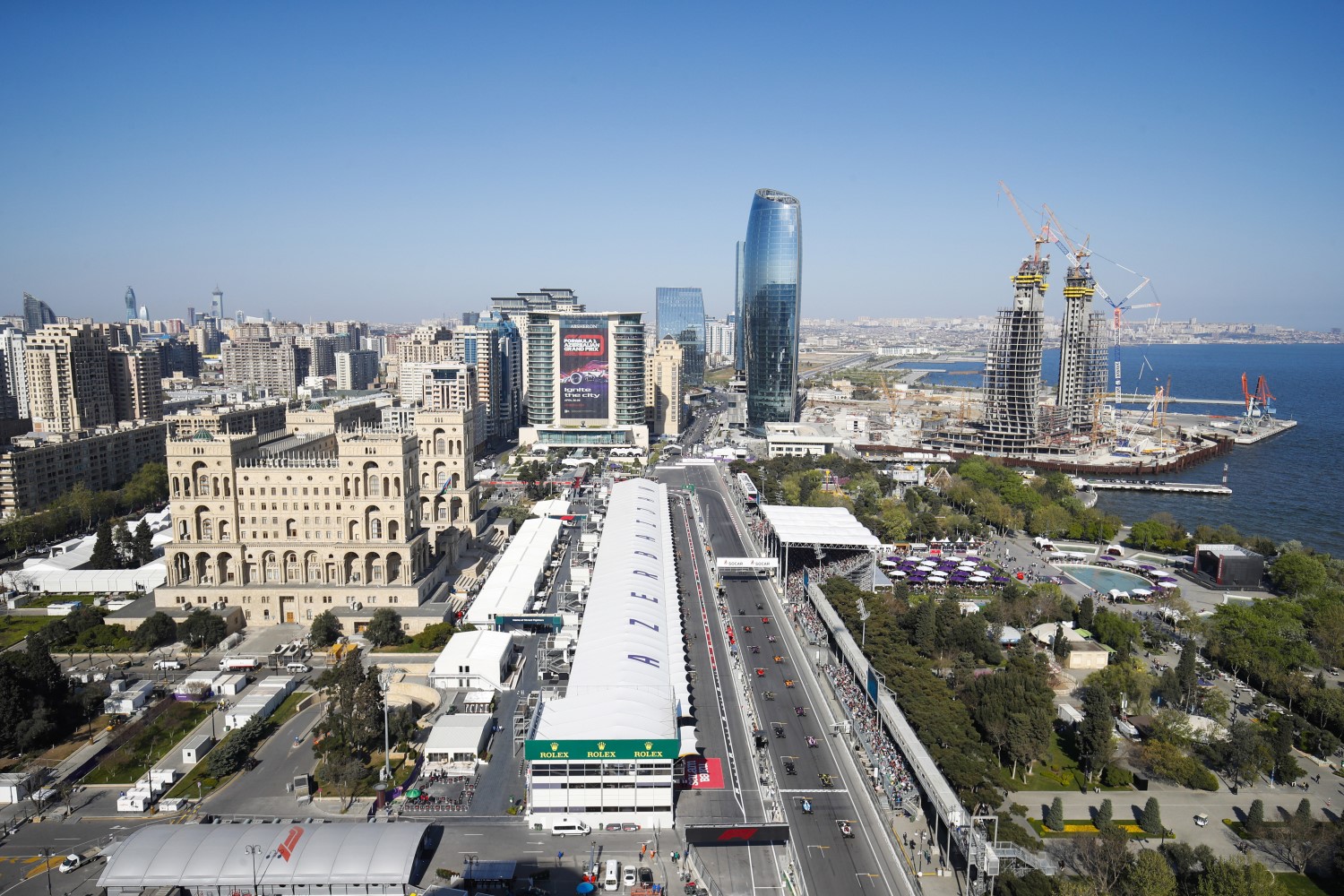 Baku City Circuit (BCC) today released the results of its second study into the economic impact that hosting the annual F1 race weekend in the Azerbaijani capital has had on the city since 2016, with the total figure for the past 4 years coming in at US$506.3m.

The latest report – which focused on the impact of the 2018 & 2019 race weekends – was prepared once more by PricewaterhouseCoopers (PwC) on behalf of BCC and is an update on the previous quantitative evaluation of the economic impact that hosting the 2016 & 2017 Formula 1 Grand Prixs in Baku had on the city. The new results showcase the progress made by the Azerbaijani F1 race since hosting its inaugural F1 race weekend in 2016.

The final figure of US$ 506.3m is a combination of the direct and indirect results of operational spending linked to the arrival of F1 in Baku for the past four race weekends, taking into account the spend across various sectors including the professional services, hotels & general accommodation, catering, transport, social and cultural services, agriculture, post & telecommunications, wholesale trade and electricity, gas & water amongst others.

As would be expected, one of the biggest beneficiaries of this direct spend – defined in the report as the change in sales in those industries directly engaged in providing goods and services to F1 guests and participants (e.g., hotels, restaurants, transportation services, etc.) and most directly associated with spending carried out by visiting guests and participants of the Formula 1 Azerbaijan Grand Prix (which held the title ‘Formula 1 Grand Prix of Europe’ in its first year) – was the tourism, hospitality and transport industry which has seen an impact of US $73.8m over the course of the first four Grands Prix to have taken place in Baku.

The total impact of direct spend across all sectors came to US $300.6m across the four Grands Prix.

Indirect spend – defined here as any additional revenue received by those companies and businesses that sell goods and services to other organizations that are, in turn, direct suppliers for the Formula 1 Grand Prix – had an equally beneficial impact on Baku’s burgeoning tourism, hospitality and transport industry with a collective total of US $53m from 2016 to 2019.

The combined indirect spend that can be attributed to F1’s arrival in the Azerbaijani capital – which also includes the construction, manufacturing, business and social services sectors – comes to an impressive US $205.7million.

Indeed, those latter sectors performed strongly in both categories with a combined total of US$379.5m from direct and indirect spending generated across the four Grand Prix weekends.

When we look beyond the figures themselves, the impact of hosting the annual F1 race weekend has had a huge long term influence in tangible areas such as job creation & infrastructure development as well as in the intangible fields of national brand reputation and raising global awareness of Azerbaijan as a modern, dynamic country capable of staging world-class sporting and entertainment events.

In 2016 and 2017, Baku City Circuit directly contributed to the local labor market by creating 5-10,000 short and medium-term jobs, while the 2018 and 2019 races saw up to 7,500 short and medium-term jobs created to help deliver these major events. A big focus of BCC’s hiring policy was to give young Azerbaijani’s their first taste of working on such a major international events, thus providing a new generation with unprecedented work experience opportunities as well as a crucial step on the career ladder in the process.

Moreover, staging a Formula 1 street race requires significant redevelopment of existing venues (main roads and underground stations etc.) and other supporting infrastructure. As such, a major road renovation project covering an area of 4.5 thousand square metres around Baku city was carried out as part of the preparations to hold the first ever Formula 1 Grand Prix in Baku in 2016. This action in turn helped to boost the domestic construction industry, as seen in the cumulative direct and indirect economic impact of US$181.4 million that this sector alone generated during the past 4 years.

Furthermore, the global media exposure generated by hosting the annual race in Baku also contributed greatly to raising positive awareness of Azerbaijan as a major sporting and entertainment destination across the globe. This is especially reflected in the viewing figures for the past 2 races which saw a global audience of 82.3 million individuals view the Formula 1 Azerbaijan Grand Prix 2018 on television, while in 2019, the total global TV audience grew by 10% to reach a figure of 90.2 million viewers!

Baku City Circuit’s Executive Director, Arif Rahimov, earlier commented on the results of the report: “We have always emphasised that Formula 1 in Baku is more than just a showpiece event but instead a spark for economic, social and cultural change that will create increased opportunities and benefits for everyone living and working here. As made clear in this report, the past few years have exceeded our wildest expectations in this regard. Now that we have agreed our new contract with F1, which guarantees racing in this city until 2023 at least, we look forward with increased confidence and optimism to many more years of success hosting the pinnacle of motorsport here in Baku."