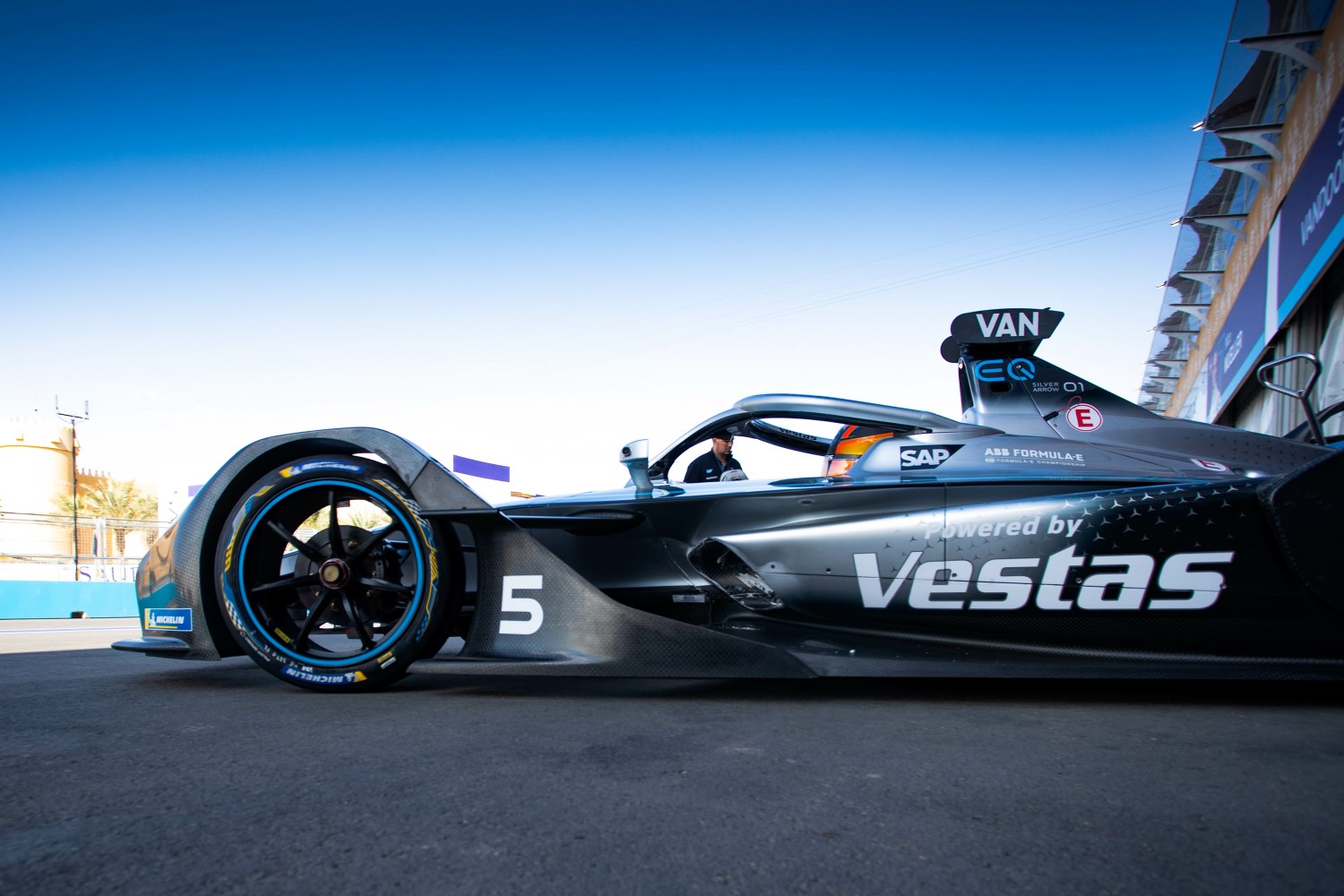 The Mercedes-Benz EQ Formula E Team is heading to the Santiago E-Prix in Chile this weekend for the second race weekend in the team's budding history.

The Chilean capital has been on the race calendar since Season 4 and this year marks the third time that the city has hosted an E-Prix. After debuting in Santiago on a track at Parque Forestal in February 2018, Formula E switched to a circuit in Parque O'Higgins last year.

The track has undergone a significant amount of remodeling in all sectors and has been shortened slightly for the third edition of the race this year. The chicane has been removed and a number of other changes made. Drivers will have to negotiate eleven turns in all, eight left-handers and three right-handers. The length of the track is now 2.287 km, 50% of which is taken at full throttle. The newly modified track should also produce the highest top speeds of the season.

Special care will have to be taken in view of the high temperatures expected in Santiago which proved extremely challenging last season. Air temperatures reached highs of almost 38Â°C with track temperatures of more than 46Â°C during last year's race, making the 2019 Santiago E-Prix the hottest Formula E race so far since records began.

After unexpected success in the Diriyah season opener, the Mercedes-Benz EQ Formula E Team lead the team classification in the run-up to the third round of the season in Chile. Stoffel Vandoorne and Nyck de Vries occupy second and ninth place respectively in the drivers' standings following the first two of this season's 14 races. The Santiago E-Prix will get under way Saturday, 18 January at 4.00 pm local time (8.00 pm CET / 7.00 pm GMT).

Comments ahead of the 2020 Santiago E-Prix

Ian James (Team Principal):
"Our Formula E debut has provided great motivation for the team. Not only did Nyck and Stoffel do an outstanding job, but the whole team has shown what they are capable of. Besides finishing with two podiums, we showed a certain level of consistency in our performance. However, you could see what Formula E is about: races are unpredictable and the qualifying format provides its own, unique challenge."

"Over the last weeks, we have had a close look at all we learned during our first races. For Chile, we want to continue on this path. It's now about retaining the necessary focus. Unlike in Saudi, the high temperatures in Santiago will certainly be a challenge. Therefore, we stick with our original goal to finish with both cars in the points. Above all, the team just wants to get racing again!"

Stoffel Vandoorne:
"We've had quite a long break since the season's first two races in Saudi Arabia. It almost feels like they happened absolutely ages ago, so I'm really looking forward to finally racing again. Santiago will be an enormous challenge for us. It was extremely hot there last year and things will be the same this time around. It's one of the toughest races of the season, especially when it comes to dealing with the heat which places huge stresses and strains on drivers, cars and batteries. I hope we can repeat our performance from Diriyah this weekend. Our team made a fantastic debut."

Nyck de Vries:
"We're heading to Santiago for the second race weekend of the season to get the new year started. We've had a short break since the Diriyah season opener, but I would have preferred it to have been not quite so long. I thought we were well prepared for Saudi Arabia and had a good weekend, which is why I would have liked to have continued racing and to have built on our success straightaway, but at the same time, it was also nice to relax a little after a hard year. I would love to take the momentum of a good first weekend with me into the rest of the season but we are well aware of the challenges that now face us and know just how strong the competition is. That's why we're taking things one step at a time and keeping both feet firmly on the ground. We intend to focus on the task in hand and not allow ourselves to be deluded by our positive start."