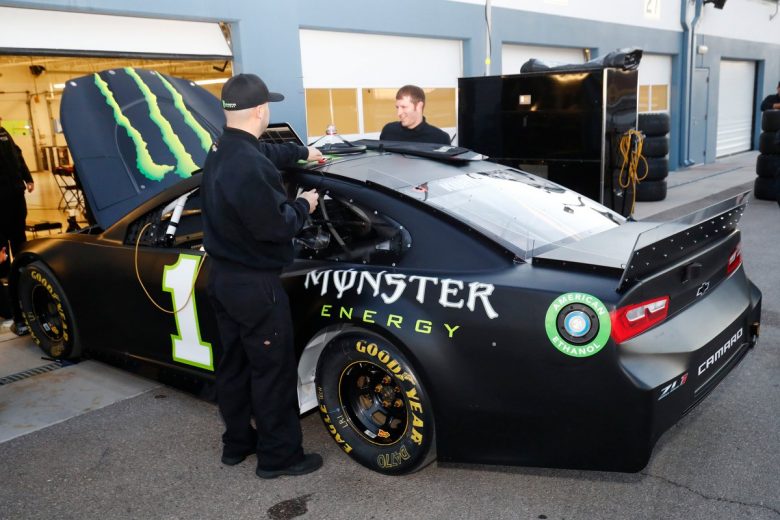 The changes include significantly smaller spoilers, splitters and other aerodynamic devices in an effort to place a greater emphasis on handling and driver input with less stabilizing downforce on those tracks. The package draws inspiration from similar rules used in the 2017-18 seasons.

“Our first and foremost core goal is to deliver great racing, and I think that we constantly evaluate the things that we do on the race track, however and wherever we need to, to improve that situation for them," said John Probst, NASCAR Senior Vice President, Innovation and Racing Development. “And as part of our normal ongoing critique of ourselves and how we’re doing, we just felt like this was a good opportunity for us to improve the on-track product at the short tracks and road courses."

Among the changes for those specific tracks:

The changes will be in effect for nine of the 24 layouts — three road courses and six ovals — that the NASCAR Cup Series will visit in 2020.

The six oval tracks that will use the new rules this season:

<p">All three road courses on the Cup Series schedule will have the new rules in place:

“When we consider changes to the aero package, we often can look back on our playbook, if you will, from seasons past," Probst said, “and there’s obviously some trade-offs that you make between introducing something completely new that the industry has never seen versus something that we have run before where we have a playbook from our side and (teams) have setup books from their end. We felt like we were going to look at aero packages that we have run in the past, and looking back at a lot of competitive metrics that we track, we feel like the 2017 levels of downforce on those types of tracks had pretty good side-by-side racing that our fans enjoyed.

“So instead of just coming out and creating a completely new aero spec that’s unknown to possibly us and more importantly the industry, we felt like we’d go back to something that’s tried and true for us and go back to a package that we had run recently. At the same time, we did make some small adjustments to that package so that it would fit with our current intermediate speedway package so that we’d minimize further the necessity of the teams to have to develop this package."

Probst said that the aerodynamic changes were met with a “broad base of support" in meetings that were initially held with stakeholders — spanning drivers, team engineers and managers, Goodyear representatives, manufacturers and broadcast partners — during NASCAR Champions Week in December at Nashville, Tennessee.

“Certainly from our standpoint, we feel like this is a step in the right direction to create more side-by-side, exciting moments during the race," Probst said. “Obviously the proof will be in the pudding, but this is certainly something that we have run before that’s had good results." NASCAR PR