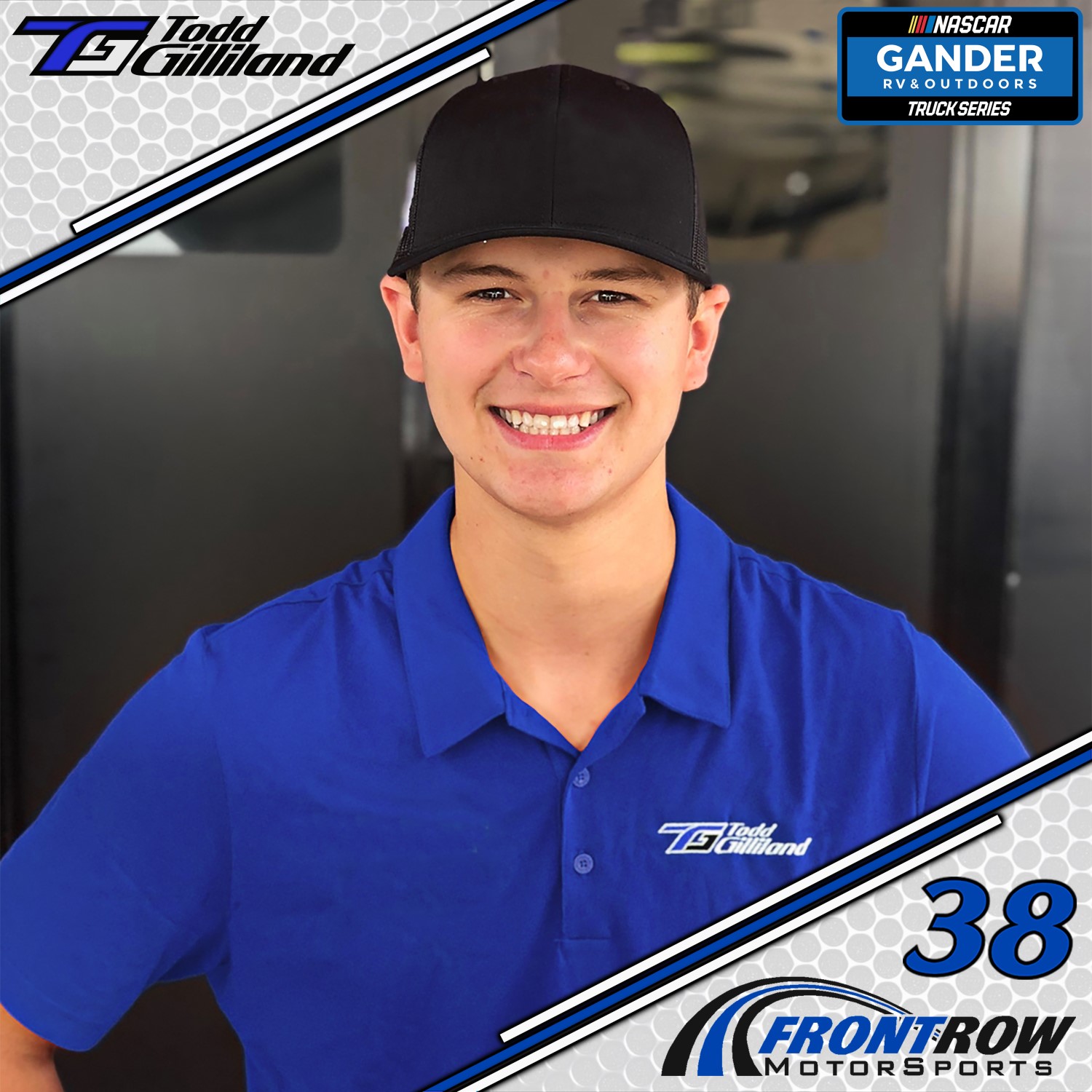 Front Row Motorsports (FRM) announced today that the team would expand operations to the NASCAR Gander RV and Outdoors Truck Series in 2020 through an alliance with DGR-Crosley. Nineteen-year-old Todd Gilliland is set to drive the team's No. 38 Ford F-150 in a full-time effort.

Gilliland, a third-generation NASCAR driver, will look to deliver a successful debut season for the team as he takes on his third full-time year in the Truck Series. In 48 combined starts, he has one win, 12 top-five, and 26 top-10 finishes. In his teenage years, Gilliland spent time developing in NASCAR's regional series where he achieved many accomplishments in a short amount of time.

After winning in his debut NASCAR K&N Pro Series West race as a 15-year-old, the North Carolina native went on to win back-to-back Championships and has collected 20 K&N Pro Series wins in 53 races. Gilliland also has two ARCA Menards Series victories in only nine attempts.

"I'm really looking forward to racing an F-150 in the Truck Series this year with Front Row Motorsports as part of the Ford family," said Gilliland. "I've been around Bob Jenkins and the whole Front Row crew for a long time growing up with my dad racing for them. The talent that they've brought in for my program is really exciting. I know or have worked with almost every person that's on my team this year at some point in my career. That helps tremendously in building relationships and trust with each other."

The No. 38 Ford that Gilliland will pilot has significant meaning to his family. Gilliland spent most of his childhood watching his father, David Gilliland, race that number in NASCAR's premier Cup Series driving for FRM and Ford Performance, but the story doesn't end there. David's father, Butch Gilliland, also raced the No. 38 winning a Championship in the NASCAR K&N Pro Series West in 1997; three years before Gilliland was born.

"Car numbers are important to a driver because they are essentially your identity when you're on track. It's cool to think about a Gilliland being back in the No. 38, and I'm really proud to be able to drive the same number that my dad and grandpa did."

"We're all very excited for this expansion," said FRM owner Bob Jenkins. "I've watched Todd grow up in this sport and have seen the talent he brings firsthand. Not only does he come from a racing family, but he's got the natural ability of a winning driver. I'm confident that having him drive in our debut season will be a great success."

Gilliland will have former NASCAR Cup Series engineer Jon Leonard as his crew chief throughout the duration of the 2020 season. Leonard brings significant knowledge and experience to the newly formed team. He served as an interim crew chief for Levine Family Racing for several months before moving back into an engineering role at Richard Childress Racing last season. Gilliland will have veteran NASCAR Cup Series spotter Coleman Pressley guiding him from the spotter stand.