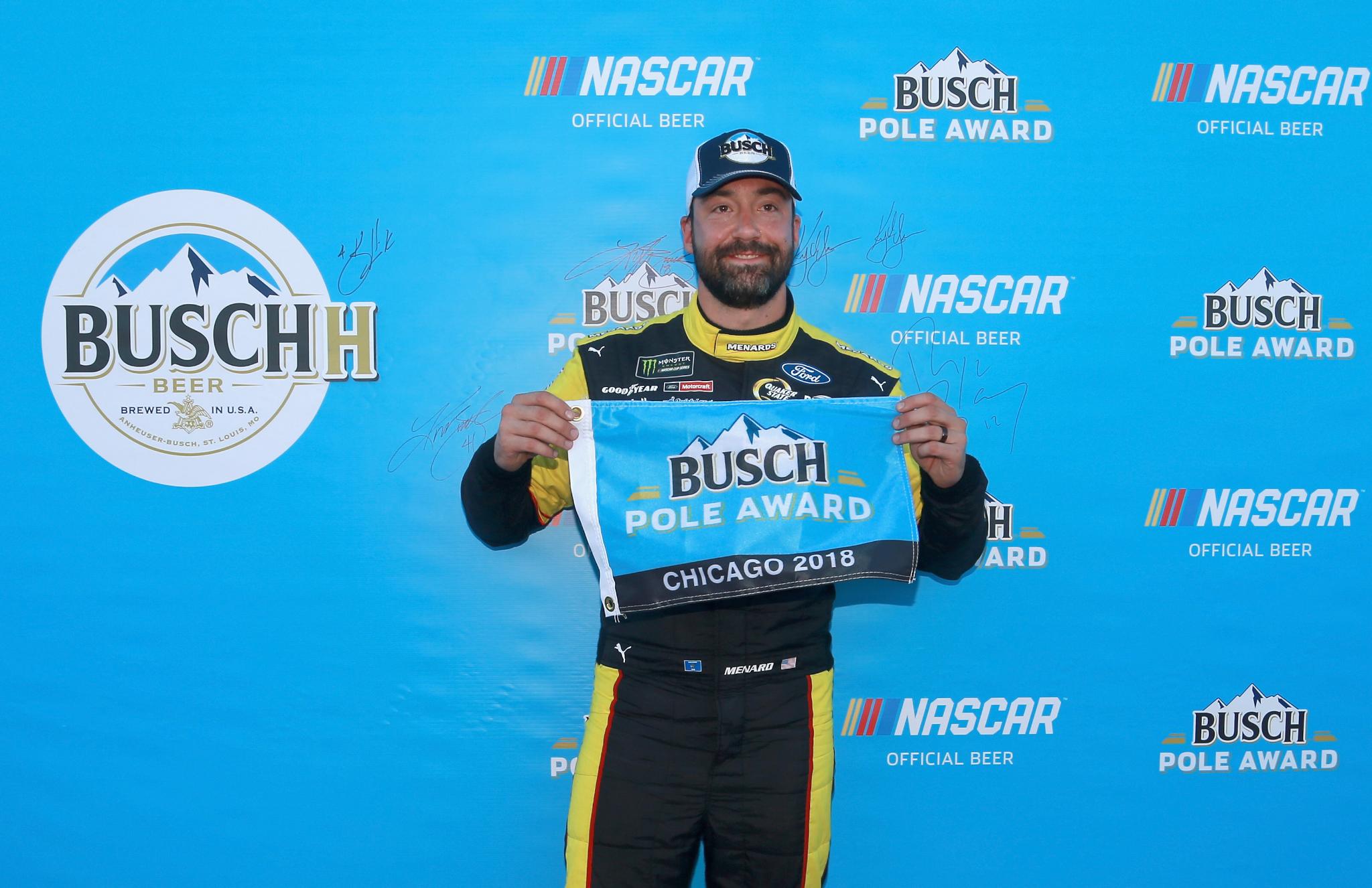 Nearly 10 years had passed since Menard last claimed a Busch Pole Award. His only previous top qualifying effort came at Daytona in July 2008, when he was driving a Chevrolet for Dale Earnhardt Inc.

Earlier in the day, Menard finished eighth in the Overton’s 300 NASCAR Xfinity Series race at Chicagoland, under brutally hot conditions that saw the temperatures in the cockpits of the race cars reach 150 degrees.

Between the race and Cup qualifying, Menard used the brief break to recover.

"After the race I went back to the hauler—I’m on my fourth or fifth different pair of underwear," Menard quipped. "Just been keeping it fresh, I guess. Drank some pickle juice, lot of ice packs and I feel pretty good.

"Pickle juice gives you all your salt back. It’s an old wives’ tale, I guess, but we did it in football all the time, and it seemed to work. I hadn’t drunk pickle juice in a while, but I thought today was a good day to do it."

Menard had the fastest lap in the first round at 180.120 mph but slipped to seventh in the second. But in the round that counted, he had just enough to edge Blaney for the pole. Menard’s only victory in NASCAR’s premier series came in the 2011 Brickyard 400.

"I felt like I got all I could," Elliott said. "I don’t really know what I could’ve done different in that last round. It was good, much better than we have been qualifying, so it was nice and hopefully turns out that way tomorrow."

Five-time Cup winner Kevin Harvick will start 13th, having been bumped out of the final round at the last second when Martin Truex Jr. cracked the top 12 on his second attempt in the second round. Truex, winner of the most recent race at Sonoma, locked up the 12th position on the grid.