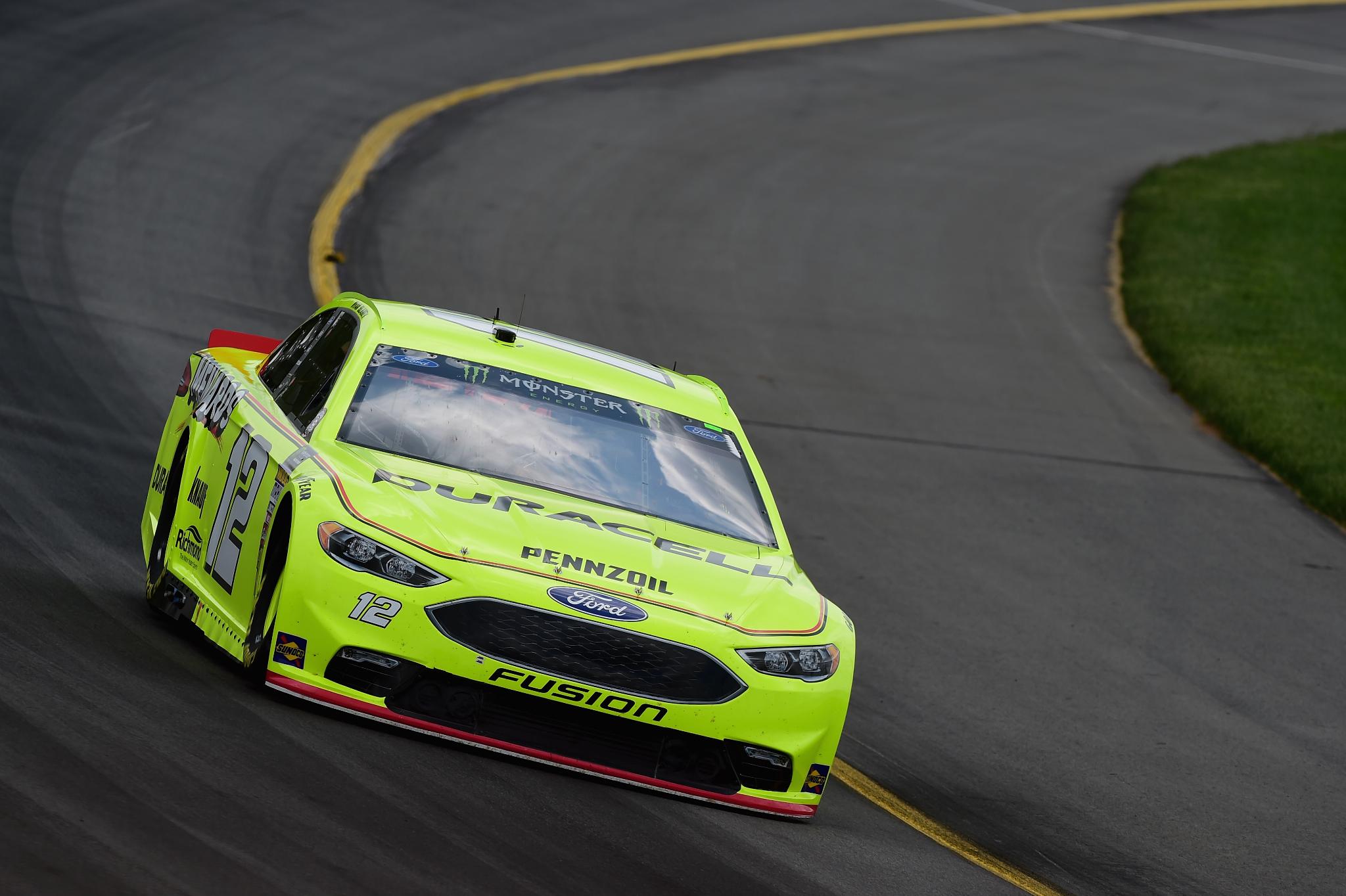 Just as he had done in winning his first Monster Energy NASCAR Cup Series race last June, Ryan Blaney Kept Kevin Harvick behind him at Pocono Raceway when it mattered most.

In winning his first Busch Pole Award at the Tricky Triangle, his second of the season and the fourth of his career, Blaney beat Harvick (176.807 mph) by .026 seconds. Harvick, a five-time winner in the series this year, had the top speed in each of the previous two rounds.

But Pocono is becoming a special track for Blaney, who got his first taste of competition in a quarter midget on the dirt track outside Turn 3.

"I've always enjoyed this place," Blaney said. "I enjoyed coming here to watch my dad (Dave Blaney) race. I made my first-ever start in a race car at the dirt track out there. So it's been special to me.

"Me and Jeb Burton and Brandon McReynolds grew up racing scooters. There used to be a small Pocono with MRO (Motor Racing Outreach) in the infield over there. We used to race scooters around that. I have a lot of memories about this place."

[adinserter name="GOOGLE AD"] Blaney and his No. 12 team also have developed a knack for negotiating the track with three distinctly different turns.

"I feel like we have a pretty good line of communication with where we need to be from practice to qualifying to the race. I feel very comfortable, and the team feels very confident, and that's always a good combination."

Harvick had a pole-winning lap going until he slipped in Turn 3.

"I thought we did a really good job of trying to pick a pace and trying not to be a hero on every lap, and we were able to pick up a 10th (of a second) in each round," Harvick said. "We got a little loose there in (Turn) 3, and I didn't want to tug on the wheel any more just because of the fact I didn't want it to get any looser.

"So I just let it slide to the center and had to wait and gave up a good solid 10th there. It was still a great lap for our Busch Beer Ford, and starting up front is a big deal here."

Jamie McMurray qualified third in the No. 1 Chevrolet, followed by Toyota driver Martin Truex Jr. Kyle Busch, who picked up his fourth victory of the season in last Sunday's Coca-Cola 600 at Charlotte, will roll off fifth beside brother Kurt Busch, who qualified sixth.