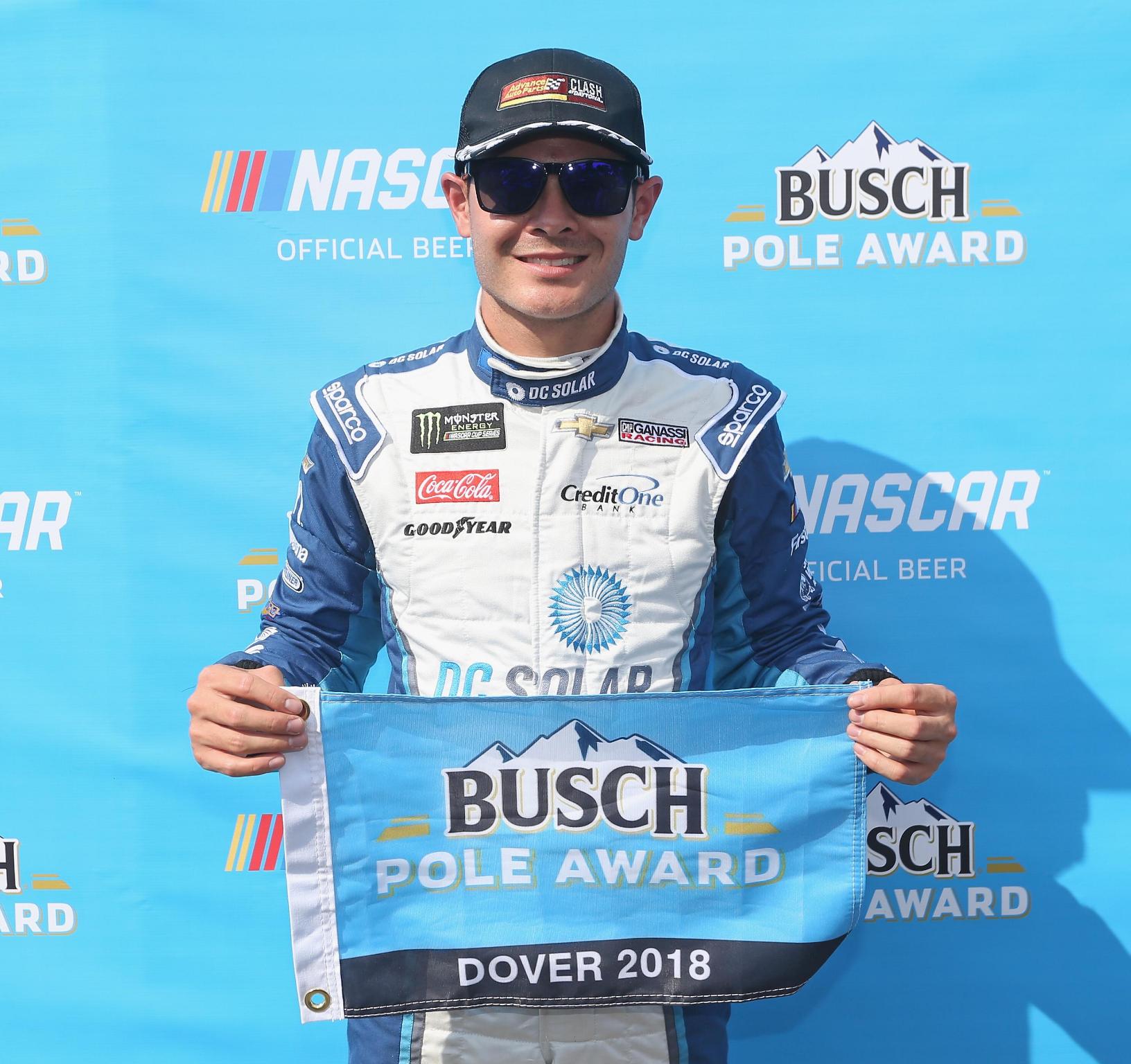 In a sport where differences are often measured in thousandths, Kyle Larson was in firm control of Friday's Monster Energy NASCAR Cup Series knockout qualifying session at Dover International Speedway-after an adjustment between the first and second rounds at least.

Larson charged around the high-banked one-mile concrete track in 22.770 seconds (158.103 mph) to earn the pole position for Sunday's AAA 400. Saving his fastest lap for the third and final round, Larson was the only driver to top 158 mph during the session.

Kevin Harvick, a three-time winner in 2018, earned the second position on the grid with a lap at 157.494 mph (22.858 seconds). Reigning series champion Martin Truex Jr. from Mayetta, New Jersey, qualified third at 157.432 mph at the venue he considers his home track.

Larson's No. 42 Chip Ganassi Racing Chevrolet was too loose in the first round, drifted to the tight side in the second-though he was still able to lead the round at 157.432 mph. In the third round, however, the team found the sweet spot for Larson's Camaro ZL1.

"I felt like I nailed that lap pretty good," Larson said of his effort in the money round. "Everything from coming to the green to (Turns) 1 and 2 were really good. (Turns) 3 and 4, I maybe left a little bit out there. I got in there a little hot and up the track. I planned on kind of moving up the race track each round.

"The first round caught me of guard. I was really loose getting in, but they made great adjustments on the DC Solar Chevy throughout the next two rounds. The second round we were probably a little too tight, but they kind of found the happy medium there for the final round. So, I'm happy about that. We've always qualified good here. I had yet to get a pole. I've raced well here but have yet to get a win. Maybe we'll get both out of the way this weekend."

[adinserter name="GOOGLE AD"]In fact, Larson has scored top-five finishes in four of his eight starts at the Monster Mile, including seconds in each of the last two spring races. His average finishing position is 7.9.

The Busch Pole Award is Larson's first of the season, the fifth of his career and his first at a track shorter than two miles.

With a career average starting position of 16.7 at Dover, Harvick was happy to put his no. 4 Stewart-Haas Racing Ford on the front row.

"We're feeling good about qualifying well," Harvick said. "That's not been something that we've done 100-percent great here. We've qualified OK. It definitely goes a long way in helping get your day started.

"This is definitely a race track that can take a while to work your way up the field, so you don't want to dig yourself a hole early on. They made the car better all three rounds. We ran our fastest lap at the end. I lost a lot of time in (Turns) 1 and 2. I got myself hung a little higher and longer than I needed to finish the corner. Still a good lap for us and I'm looking forward to race runs."

Jimmie Johnson, an 11-time winner at Dover who hopes to jump-start a heretofore lackluster season, will have to do so from the 19th starting spot.