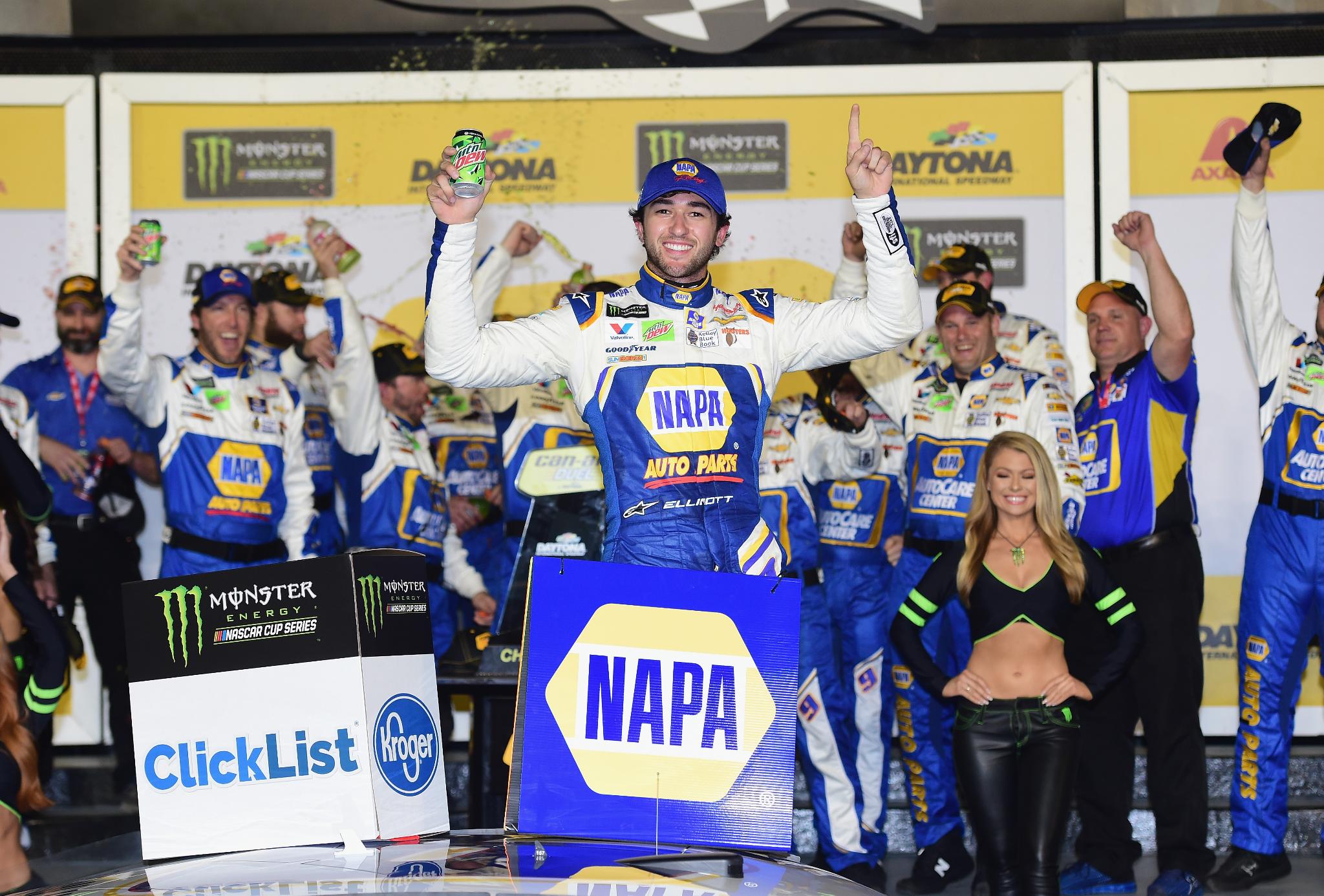 Chase Elliott raced his way to victory in Thursday night's second Can-Am Duel qualifying race at Daytona International Speedway for the second straight year, putting his No. 9 Chevrolet on the second row for Sunday's season-opening Daytona 500.

Elliott surged past Denny Hamlin on lap 27 and led the rest of the way, holding off a hard-charging Kevin Harvick by a car length at the line.

Elliott proved to be the bright spot of the night for Hendrick Motorsports – earning team owner Rick Hendrick his 15th Duel victory. Seven-time champion Jimmie Johnson and rookie William Byron both crashed out of the opening Duel race, while Daytona 500 pole sitter Alex Bowman opted to ride around to a 14th-place finish in the first Duel.

"We brought a lot of steam tonight," Elliott said. "The one on Sunday is the one we want, the one that counts, the one that everybody is after. Obviously a lot of racing after that, too.

"This is an exciting event. Having the Duels I think is pretty cool. But, man, the kicker would be to have a good run Sunday. That's where our focus is at."

Like the opening Can-Am Duel race, the second 60-lap race started off a one team leading the way, with the Joe Gibbs Racing stable of Denny Hamlin, Kyle Busch and Erik Jones ganging up on the field in the early laps.

But unlike the first Duel, the teammate partnership didn't last in the second race as Hamlin abandoned his teammates to pick up a surging inside line, hanging Busch and Jones out to dry on the outside.

The move almost turned disastrous for Jones, who would spin off the front bumper of Elliott on lap 13, bringing out the race's only caution. Matt DiBenedetto and Kyle Larson were also caught up in the wreck, but Jones was able to continue on.

Harvick briefly held the lead on the ensuing restart before Hamlin battled back to reclaim the top spot, with Harvick and Paul Menard falling back in line running second and third.

By lap 25, Elliott had rallied back to move into second place, then ducked under Hamlin with a power move to take the lead away on lap 27.

Over the remaining 30 laps, Elliott held the top spot as Hamlin and Harvick followed single-file looking for an opening. Finally, with two laps to go, Harvick moved to the inside, forcing Elliott to go low to block, leaving Hamlin to fall back through the field.

Over the final lap, Harvick tried the high side and the middle as Elliott worked the entire track to block. Harvick's teammate Clint Bowyer stepped up to try to push Harvick to the front, but soon found themselves holding off a resurgent Erik Jones, who rallied to challenge the leaders on the inside. Jones made it alongside of Bowyer and just edged ahead at the stripe to claim the third spot, as Bowyer came home fourth.