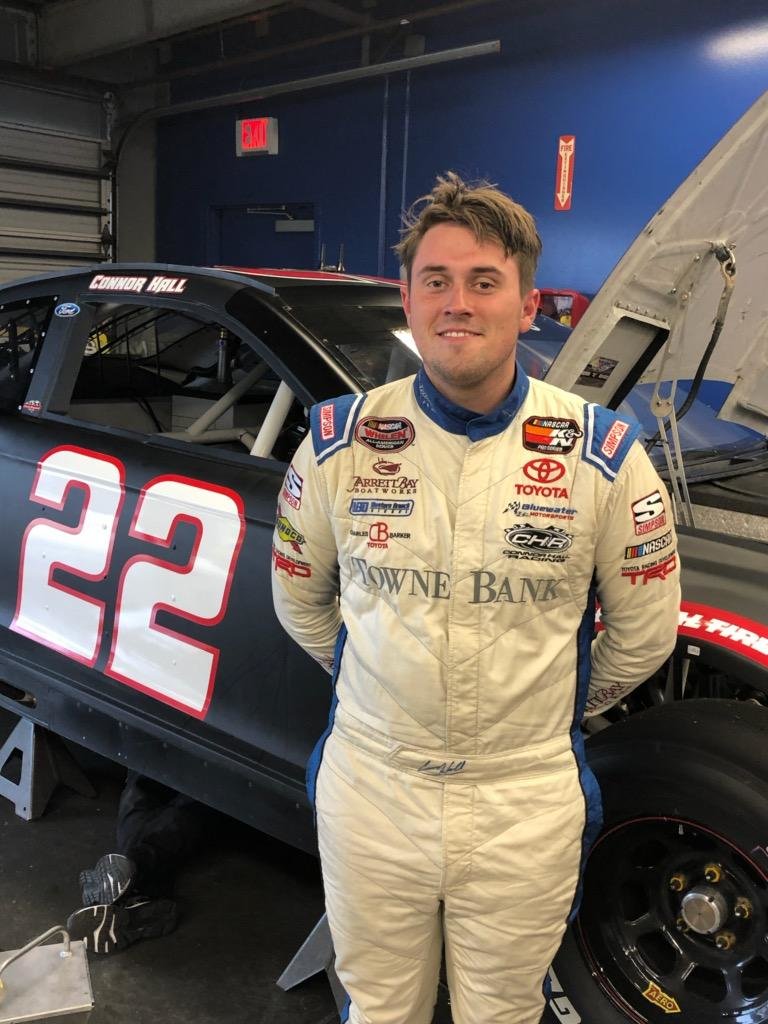 On a day that started off delayed due to a wet track surface, the ARCA Menards Series open test at Daytona was also cut short Friday afternoon by inclement weather. Connor Hall (No. 22C Chad Bryant Racing Ford) had just moved to the top of the leaderboard as a group of drivers had started to work the draft, raising speeds above 180 miles per hour.

"We were working on single car runs this morning," Hall said. "We had a game plan to work on the car and getting air where we wanted it. We made some gains and learned some things we liked and didn't like. That's what testing is all about. We were focused on what we needed to be better on last year. We have a great racecar. We are happy but not totally happy so we'll get back to work tomorrow."

"It was a learning curve atthe beginning," Heafner said. "I calmed myself down and got to driving. It is a big change coming from late models on short tracks. We worked a little on single car runs and then got out there in the draft a little. We're learning a lot and ready to come back in February."

Thirty-seven drivers took time of the 50 that have registered. No incidents were reported throughout the day.

All of the 27 drivers that took time in the opening two hours of the day made single-car runs. The session, originally slated to be three hours, was delayed slightly more than 90 minutes due to a wet track surface after overnight rain and the ever present morning marine layer of fog in Daytona Beach. There were no incidents throughout the morning session.