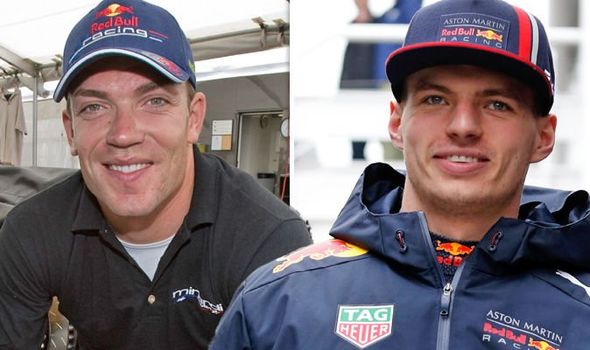 Some, including Mika Salo who said an extension was "quite expected", were surprised when it was announced so far ahead of time that Verstappen's stay had been extended from the end of 2020 until 2023 inclusive.

But Doornbos told the Dutch broadcaster NPO 1: "I raced for Red Bull myself, so I still have sources there.

"I knew that something was going on, but that he would be extending for such a long term, that is surprising in Formula 1," the pundit for Ziggo Sport said.

"In the sport, they never dare to make a commitment to a driver for so long unless they have already won a number of world titles," Doornbos, 38, added.

"I think it's a bit of loyalty and a bit of certainty, as after this year a lot will change in Formula 1. But I think 2020 is his best chance to go for a championship."

Dr Helmut Marko explained that he moved early to secure a signature over the Christmas break because he was "worried" Verstappen would be wooed by Mercedes for 2021.

Some reports claim that the 22-year-old's retainer has been tripled, boosting his annual pay to as much as EUR 40 million a year.

"At Red Bull they have a high profile, he knows what he has there and you want to be appreciated as a driver," Doornbos said.

"I think they are entering a beautiful chapter."