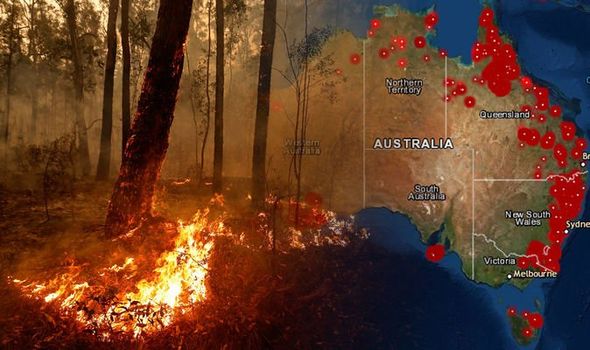 (GMM) Formula 1 is "monitoring the situation" in Australia as bushfires ravage the country that is slated to kick off the new season in March.

The reportedly unprecedented fires, which have gained international attention, are already causing consternation as Melbourne prepares to host the first tennis Grand Slam of 2020.

"We have access to real-time monitoring of air quality at all of our venues to ensure we have the best possible information available to make any decisions about whether play should be halted," said Australian Open director Craig Tiley.

"The health of players, fans and staff is a priority at all times and we will continue to make these decisions with that in mind."

Adelaide's forthcoming Tour Down Under, a major international cycling race, will go ahead.

But a report by Italy's Mediaset said Formula 1 is currently in "constant contact" with Australian GP officials about the fires and their potential impact on the grand prix.

Tiley said of the tennis in Melbourne, set to kick off later this month: "We are not expecting any delay and we are working to ensure that the tournament can be carried out as planned."