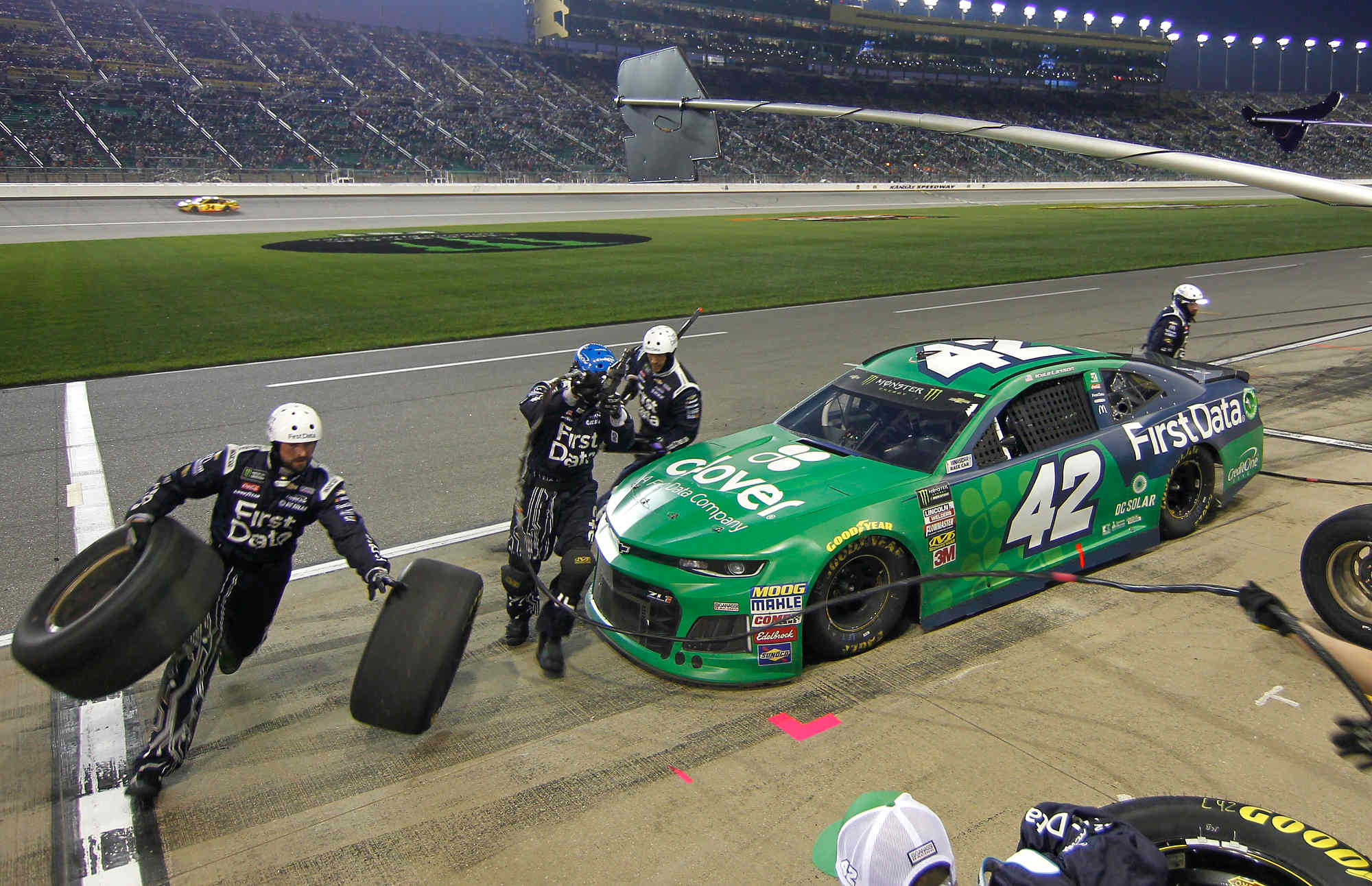 NASCAR XFINITY Series Did Not Race

05/14/18 After the Kansas Monster Cup race Saturday night, Kyle Larson’s rear window was shown to have a noticeable indentation in it as the No. 42 Clover/First Data Chevrolet sat on pit road.

Kevin Harvick, Chase Elliott and Clint Bowyer have all received post-race penalties already this year for a lack of rigidity in the rear window area, something that is clearly outlined as a violation of the rule book in section 20.4.8.1, which deals with rear window support.

The penalties assessed for rear window support violations are a $50,000 fine, the loss of 20 driver and owner points and a two-race suspension for either the crew chief or car chief of the offending team.

Larson was firm in his stance during his post-race interview that he believed the window sag was a direct result of something broken during his crash with Blaney.

Larson’s No. 42 Chevrolet will undergo further teardown and inspection this week at the NASCAR Research & Development Center in Concord, N.C. It was one of four vehicles tagged for a post-Kansas R&D visit, along with the race-winning No. 4 Ford of Kevin Harvick, the No. 78 Toyota of runner-up Martin Truex Jr. and the No. 21 Ford of Paul Menard, who finished sixth.

“I think there’s certainly something you can look for," said O’Donnell when asked if mid-week penalties could be assessed to the No. 42 team. “It’s no different than rear skew in the past, where it was an area teams found they could work on. Now, suddenly it’s become the rear window area. We see the claims of damage … but you know, talking to our folks, I’ve never seen damage cause that (kind of an issue).

“Certainly we’ll go back like we always do and thoroughly inspect the car, but it’s an area we continue to focus on because the teams know that they’ve found something there. If we have to react we will, but right now we’re still looking at it."