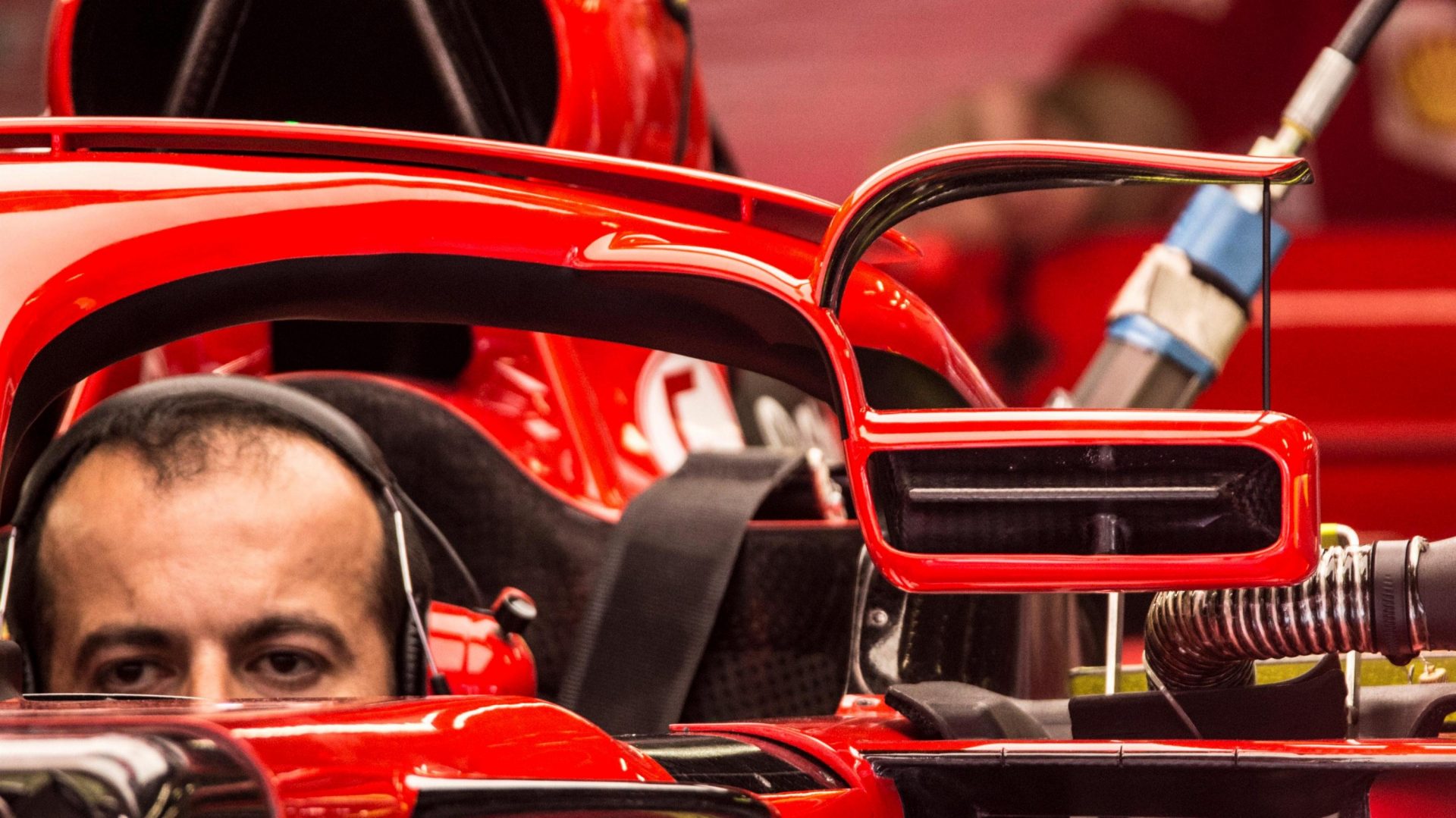 UPDATE This rumor is upgraded to 'fact' today. The FIA has told Ferrari to change how the mirrors are fixed to the Halo or don't come back with them.

05/11/18 Rumor in the paddock has it that several teams have formally complained to Charlie Whiting about the Ferrari interpretation of the ruling allowing mirrors to be mounted on the Halo device.

Ferrari are the first team to adopt the design, with images shown on TJ13 yesterday. The end of last month the FIA sent out a ruling to the teams allowing them to remount the rear view mirrors on the halo so long as they stayed within the regulatory ‘box’. Their solution includes a winglet mounted high on the car, enhancing performance to the rear wing much in the same manner as last year’s shark fin mounted T Wings.

“It’s something we’ve not dared to do yet, I still think it’s a great idea however, it goes to show how far Ferrari will go: to the limit"

The other teams have lodged complaints and according to Germany’s AMuS, Charlie Whiting was seen taking close up pictures of Ferrari’s mirrors with his mobile phone. It is thought that the Italians have likely gone too far and the FIA will instruct Ferrari to remove them, reverting to the original mirrors run since the start of the season.

If Whiting decides that actually it’s a mirror with a winglet, it’s likely that it’ll be left alone. If it’s decided that Ferrari have actually attached a mirror to a wing, then it’ll be deemed illegal. Ferrari claim that the placement is to aid rear visibility and has little to do with aerodynamic gain.