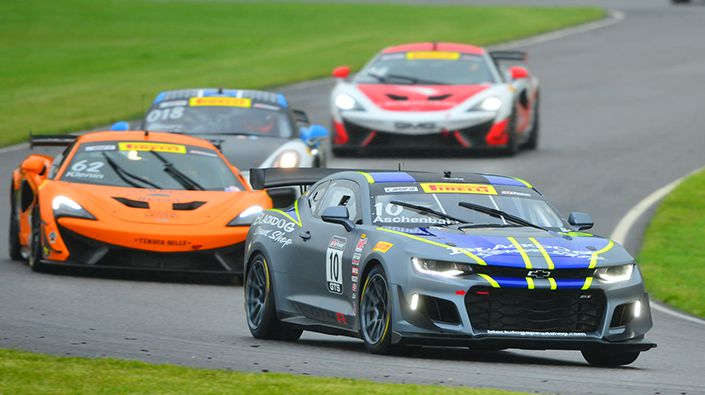 The sprint race championship, which separated its two primary classes in 2015 due to the influx of GT3-spec machinery, is now faced with a reduced grid of GT cars this year, following the conclusion of the Cadillac and Acura factory programs and several teams exiting the class.

A total of 12 GT/GTA entries are set for this weekend’s Sprint season-opener in St. Pete, leading to questions over GT3’s long-term sustainability, particularly as a standalone top class.

Gill acknowledged that the topic of combined GT/GTS races has already been raised, with the series currently seeking competitor feedback.

“That will be something that we’ll look at," Gill told Sportscar365. “We want to talk to the teams and drivers about that.

“It was here [in St. Pete] that we made the first split GTS away from GT because there were just too many cars.

“[However], if you add the 12 GT3 cars and you put them up against 28 GT4s, you’re going to be over the size that can be handled here.

“But I think we’re going to look at it."

The growth of the GTS class, which sees a nearly 30-car field this weekend and likely additional entries for the SprintX season-opener at Circuit of The Americas later this month, could prevent a full-season integration of the two categories.

Instead, Gill indicated they could consider running combined races at some of the longer tracks on the schedule, such as Road America and Canadian Tire Motorsport Park.

SprintX races, however, wound likely remain standalone, due to the complexities involving the pit stops.

A combined GT/GTS race could be seen as early as next month’s Long Beach Grand Prix, with the series considering inviting selected GTS teams to the GT-only race on an invitational and non-points basis, as a precursor to an increased integration later in the year.

“Another aspect that I think we should look at… is that what if you’re one of these pro GTS teams in GT4, even as a single driver, maybe it would be better [to be] part of the show with GT3," Gill said.

“We have to talk to the teams and drivers to make sure it works for them.

“Certainly, it’s something you’d want for the fans and the TV audience of what’s going to look good." Sportscar365