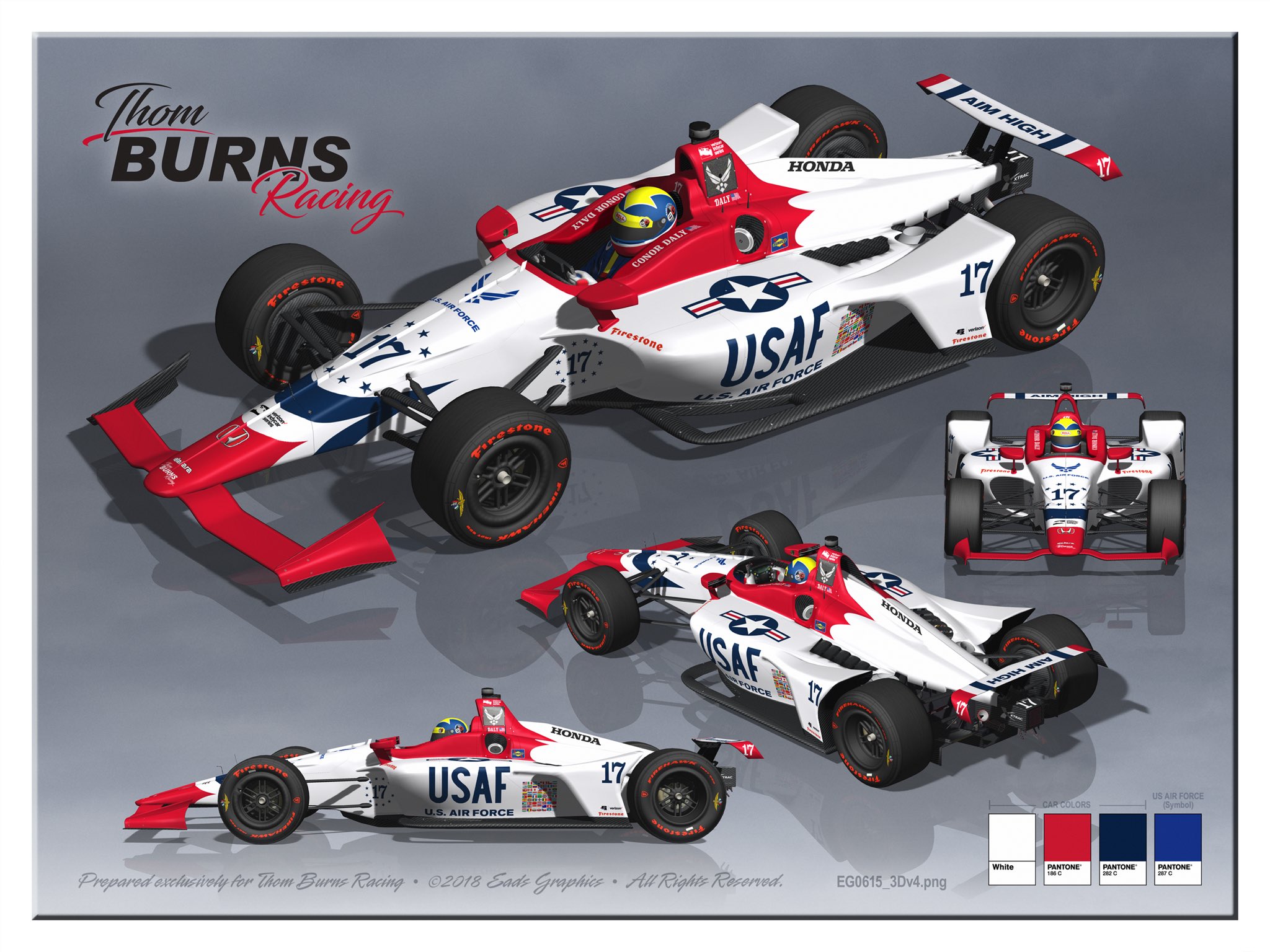 UPDATE This rumor is upgraded to 'fact' today with Conor Daly announced to drive the US Air Force #17 Dale Coyne Honda in conjunction with Tom Burns Racing in the Indy 500.

03/05/18 Word is that Conor Daly will have a ride in the Indy 500 after all. The CBS Amazing Race co-star with Alexander Rossi is riding a wave of popularity from the show and to not have him in the Indy 500 would be a lost opportunity for IndyCar. The guy sacrificed a lot for IndyCar on that show, even having to milk a Camel, but he and Rossi came up short in the semi-finals and went home empty handed.

Daly was hoping to win and split the $1 million prize with Rossi to fund an Indy 500 ride. It was not to be.

But all is well now. Rumor has it that Daly will drive a 4th Dale Coyne Honda in the 500, but we won't know for certain until tomorrow when a press conference is scheduled for the announcement.