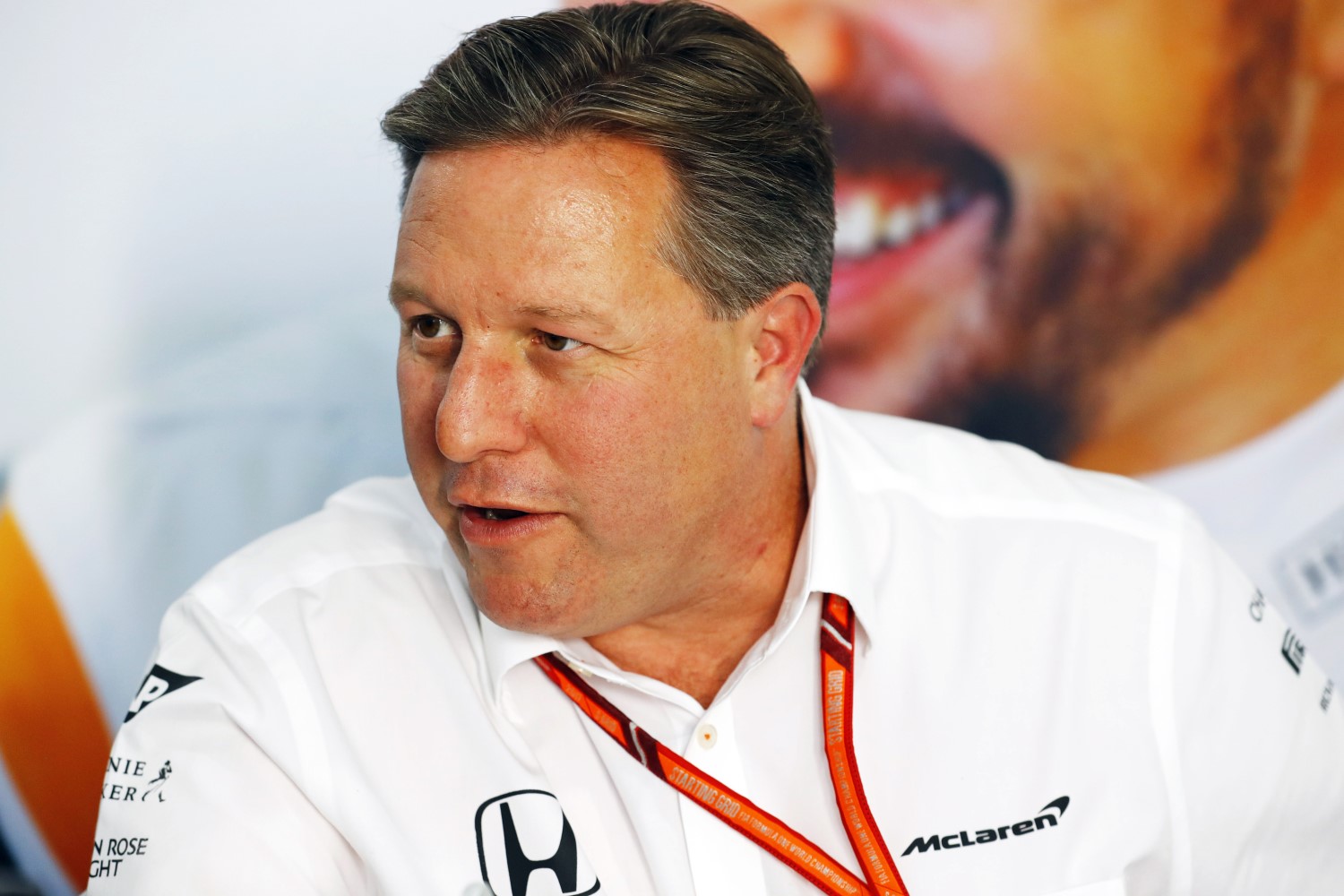 McLaren and Dell Technologies intend to collaborate on future projects in the areas of security, cloud, digital and workplace transformation technologies, with scope for technical innovation not only within the two organisations but also the wider industry.

"McLaren's agreement with Dell Technologies expands beyond the traditional sponsorship model," sais Zak Brown. "We are like-minded organisations led by the key principles of technical innovation and human progress at the cutting-edge of data-driven technology.

"Formula 1 is a relentless environment, and partnering with Dell Technologies provides us with class-leading capabilities and support to drive invaluable efficiencies that will enable McLaren to perform at the highest possible level across our entire business operations. We are especially excited about the future possibilities that will arise within McLaren Applied Technologies, an area of our business that is growing fast and offers huge potential.

"This announcement is a further statement that McLaren has strong ambitions as we strive to take an important leap in performance both on-track and off it. Dell Technologies is the perfect partner and our two brands share the same ethos, which will propel us towards our business objectives for 2018 and beyond."

"Dell Technologies' relationship with McLaren builds upon a shared heritage of innovation, engineering excellence and high performance," added Jeremy Burton, Chief Marketing Officer, Dell Technologies. "Over the past few years, McLaren's rich history in motorsports has given rise to a more diverse and ambitious organisation that we're excited to partner with.

"Our partnership is expansive, enabling us to showcase our Dell Technologies portfolio from consumer gaming and esports to the enterprise edge, data centre and cloud.

"We look forward to playing a transformative role within every facet of the McLaren Group, both trackside and at the McLaren Technology Centre. It is the first time we have partnered as Dell Technologies in a global commercial agreement of this nature, and we look forward to a long-term collaboration.

02/07/18 It is rumored that McLaren has agreed a "long term" partnership deal with PC manufacturer Dell Technologies, a move which if true marks the Woking outfit's first significant sponsorship deal since Zak Brown joined the team in November 2016.

The claim comes from Sky News City Editor, Mark Kleinman, and though he enjoys a somewhat checkered reputation in terms of his insider scoops, appears somewhat confident about this one.

While the partnership has yet to be confirmed by either McLaren or Dell, the move would make sense especially in light of the Woking company's move into eSports last year.

It is understood the deal will see Dell, which has previously sponsored Sauber and Caterham, supplying software and hardware to McLaren, for its F1 team and various other businesses.

Though Kleinman describes the deal as "major", sources claim the deal is not nearly as big as is being suggested, and is certainly not the seriously major deal the team is seeking, even though Brown recently played down the importance of title sponsors.

Indeed, to those of a skeptical nature, the wording of Sky News report, which refers to a "spate of new deals" for McLaren, which presumably means the business news network CNBC and Airgain, &#8206;which provides wireless connectivity platforms, has more than a hint of "bigging up" about it.