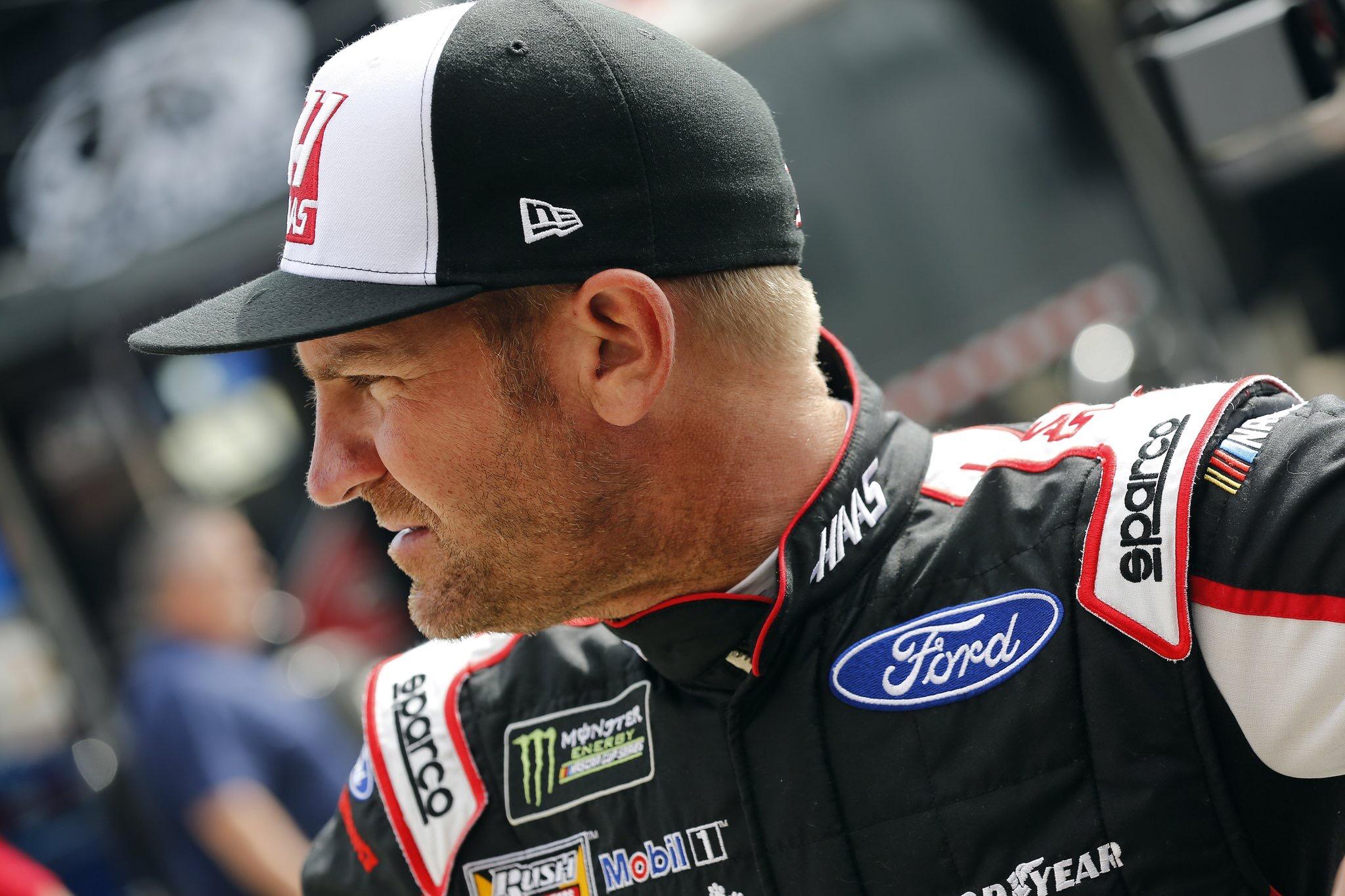 Clint Bowyer is a man of high energy and high expectation.

And the veteran driver is hopeful that now two years into his tenure with the championship winning Stewart-Haas Racing organization, that keen spirit will continue to translate into high performance too.

It's indicative of Bowyer's absolute commitment to do something he hasn't in six seasons: win a Cup race. And there's no reason to believe it won't happen.

[adinserter name="GOOGLE AD"] "Yeah, it was a good weekend for Ford and for our team, Stewart-Haas Racing and our 14 team in general," Bowyer said of last week's race in Atlanta – won by his SHR teammate Kevin Harvick.

"You can use races like that for confidence and momentum for this west coast swing. It is taxing on everyone, a lot of fun but also a lot of work to come out here. To get the year started with a good run at Atlanta feels good.

"I am looking forward to being out here in Vegas. Hell, who doesn't like being in Vegas?"

For Bowyer, who's driving the No. 14 Ford Fusion this week, he's hoping Vegas deals him another good hand.

Last year he finished 10th after qualifying 13th in his Vegas debut for Stewart-Haas Racing – his first top-10 at the track in five years and his first with his new team.

It was the start of a nice spring run for Bowyer who had only one finish worse than 15th in the next nine races – highlighted by a third-place finish in California and a runner-up in the Bristol, Tenn. night race three weeks after that.

It was a promising start for Bowyer's tenure at SHR and he capped it with back-to-back runner-up finishes later in the season at the Sonoma, Calif. road course and then the Daytona International Speedway high banks.

His last Monster Energy Series win was the Charlotte night race in October, 2012 – the third of three victories he had that year propelling him to a career-best runner-up final ranking in the series' championship points.

Bowyer hasn't forgotten what it feels like to win or to chase a season title and he is both genuinely hopeful and reasonably optimistic that this will be the season when he hoists a race trophy high again.

He is with a championship-caliber team, driving a competitive car. And personal motivation has never been an issue. In fact, it has propelled him in a career of both great triumph and great challenge.

So while other drivers may be gradually rolling into the third race of the 2018 season – easy on expectation – Bowyer couldn't be more ready to put it into high gear. The green flag has dropped and he's got races to win, a title to contend.

"It is funny," Bowyer said. "We say after Daytona, ‘That isn't the real season.' Then if you have a bad run in Atlanta, ‘Well, that isn't really the regular season either.' If you run good at Atlanta you are going to say, ‘Hell yes, that is what you will see all year long.'

"This repave out here [at Las Vegas], the grip level and the tire that we run is similar to the feel I guess in the car that you will have at a lot of tracks. It is a lot different. Atlanta, you are slipping and sliding around. You come here and the car is instantly a lot faster.

"The grip level and comfort in the sidewall of the tire and stiffness of the tire is a whole different animal. Throw in the wind aspect of it and even going to that short track at Phoenix next week, you will have that same type of feel with the tire.

"There is a little bit of truth to that. But it still feels good to run good though."