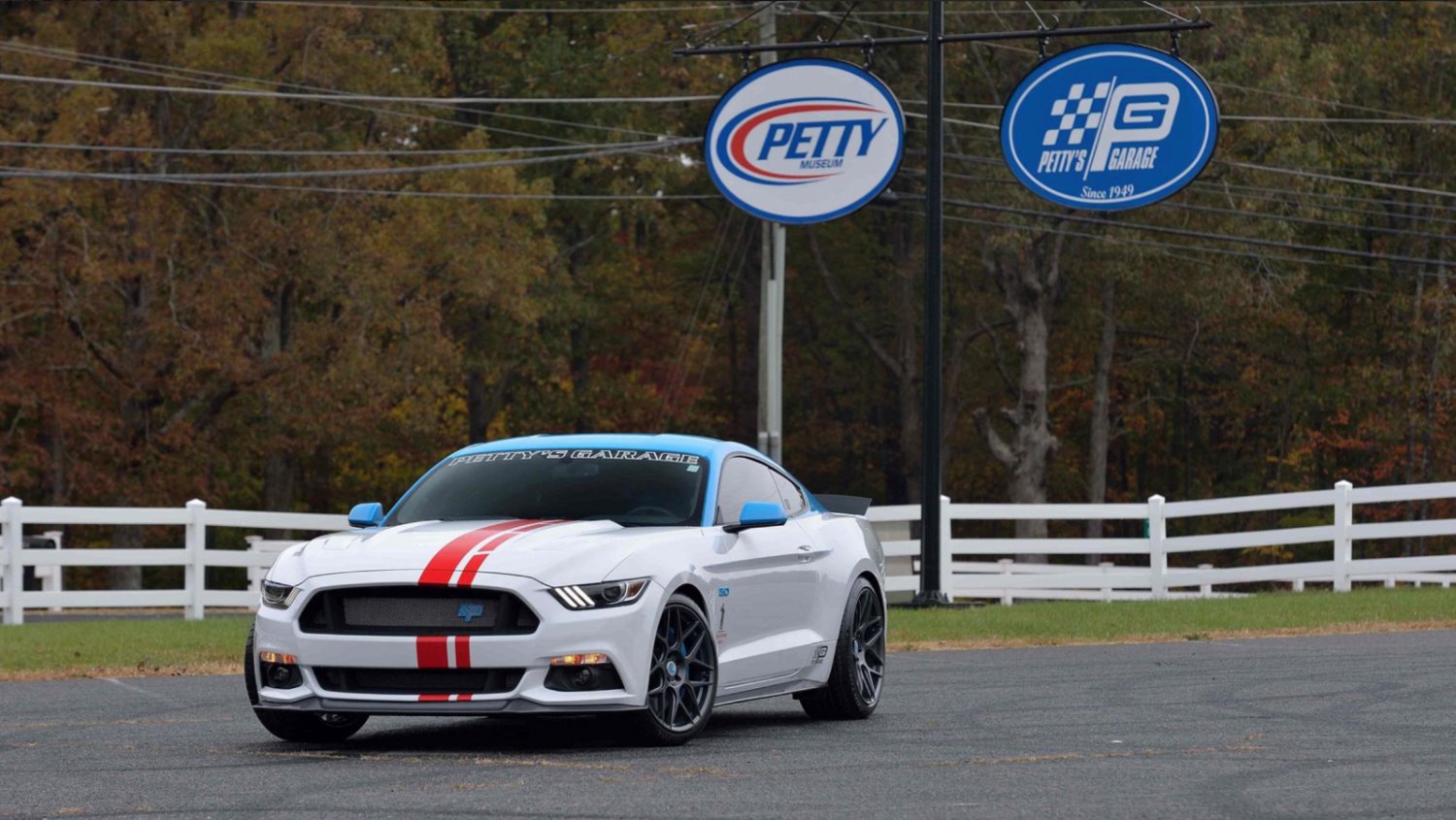 The winning bidder for the Petty's Garage 2017 Ford Mustang GT will receive not only a one-of-a-kind customized, high-powered vehicle, he or she will own a labor of love from Richard "King of NASCAR" Petty himself.

"Richard is extremely involved in this build and that's something unique," said Will Cheek, Petty's Garage aftermarket & restoration sales manager. "He knows we're building this for Paralyzed Veterans of America (Paralyzed Veterans) so he wants it to stand out a little bit. Every time he goes through the shop he comes by and looks at it. When they were laying out the stripes and putting the stripes on it, Richard was very involved in telling them what he liked and what he didn't like, and how he wanted it to be. He's really involved in each detail of this car."

It's the third time Petty's Garage is providing the Paralyzed Veterans of America with a high-powered car to auction off. The 2017 Mustang will be auctioned off on Jan. 14, 2017, at Mecum Auto Auction in Kissimmee, Florida. Petty will be there to support the event and ensure bidders of the Mustang's uniqueness, and that 100 percent of the sales proceeds will go to the Paralyzed Veterans.

"It will be pushing out 825 horsepower. That certainly stands it apart," Cheek said. "We have a couple of different and unique things we're putting on it, including putting the Paralyzed Veterans' logos into the interior. The leather interior kit, we're actually doing a Petty blue stitching. It will have custom fabrication and front grill, and parts that are just one-off made and can't be replicated."

Petty's Garage was founded by Petty as a way to keep his competitive spirit alive. Petty-representing the second of four generations of Petty racers-won 200 NASCAR races in his career, a record many believe will never be broken. He also holds the record for most wins in a season: 27 in 1967. Included in those 27 wins is a record-setting 10 consecutive wins.

Paralyzed Veterans is one of two primary charities supported through Richard Petty Motorsports and the Petty Family Foundation.

"We are honored to work with Richard Petty on this car and raise funds through Mecum Auction," said Al Kovach, Jr., national president of Paralyzed Veterans of America. "The Petty family, including Richard Petty Motorsports and Petty's Garage, are valued supporters of our organization and the entire veteran community. We are grateful to have them as a part of the Paralyzed Veterans family."

Petty treats veterans as family too.

"I think Richard has an acute understanding of the unique freedoms that we have in this country and that those freedoms don't come without a price," said Lance Brown, Richard Petty Motorsports vice president of marketing services and communications.

"We are, as an organization, proud to be partnered with the Paralyzed Veterans of America. We host them at the racetrack from time to time, and we get to meet their members and pay a bit of thanks to them for what they've done for us. Unless you've served in the military, the rest of us are reaping the rewards of the hard work those men and women do every day. It's something we're very appreciative of."