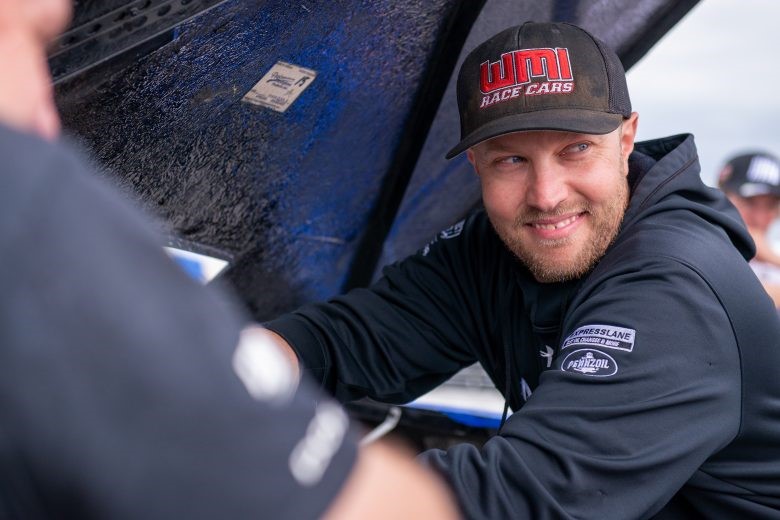 Wight Motorsports Inc (WMI) principal David Wight today announced that WMI will compete fulltime in the 2020 NASCAR Pinty’s Series. Preparations have been underway for some time with the first WMI NASCAR Pinty’s Series car nearing completion along with the acquisition of pit carts and other track equipment.

Wight has amassed 26 Pinty’s Series victories as a Crew Chief along with three series championships. In the last few years WMI has also become the premier choice of numerous race teams to build, set up and prepare cars for the Pinty’s Series and other elite levels of racing. Now Wight is ready add another component by fielding his own company entry in 2020.

“This is something I’ve thought about for a while" explained Wight. “There seem to be a lot of drivers that want to be part of the Pinty’s Series and WMI having the ability to field a car for each race can help. We now have the latest cars and equipment necessary for interested parties to partner with us and be able to compete at a high level" he added.

WMI is also pleased to announce that veteran racer Donald Theetge of Boischatel, Quebec will be the driver for each of the oval races plus the Grand Prix of Trois-Rivieres in the #80 Chevrolet Camaro sponsored by Theetge Chevrolet/Buick/GMC/Cadillac. “Donald is a talented racer who’s won races and had success in a lot of different series and will be a perfect fit for us this season. I’m really happy he’s going to join us; we will be really competitive right from the start of the season" said Wight.

Donald Theetge is eager for this new partnership with WMI to begin. “I saw what David (Wight) did last year as a crew chief, winning a lot of races and a championship. I want to win races and compete for the oval championship and was very happy to get the call from David about working together. I am really looking forward to getting out on the track this season" he stated.

The next few months will be busy ones for Wight and WMI. “Our racecar business is strong and still growing and we’ll be finishing up cars, preparing track equipment and as soon as weather permits, we’ll be testing" explained Wight. “We’ll also be confirming our plans for the remaining road course events, we still have some options and partnerships we’d like to explore before making a final decision. This is a busy but exciting time for us" he added.

Race fans can get the latest information on these social media channels: