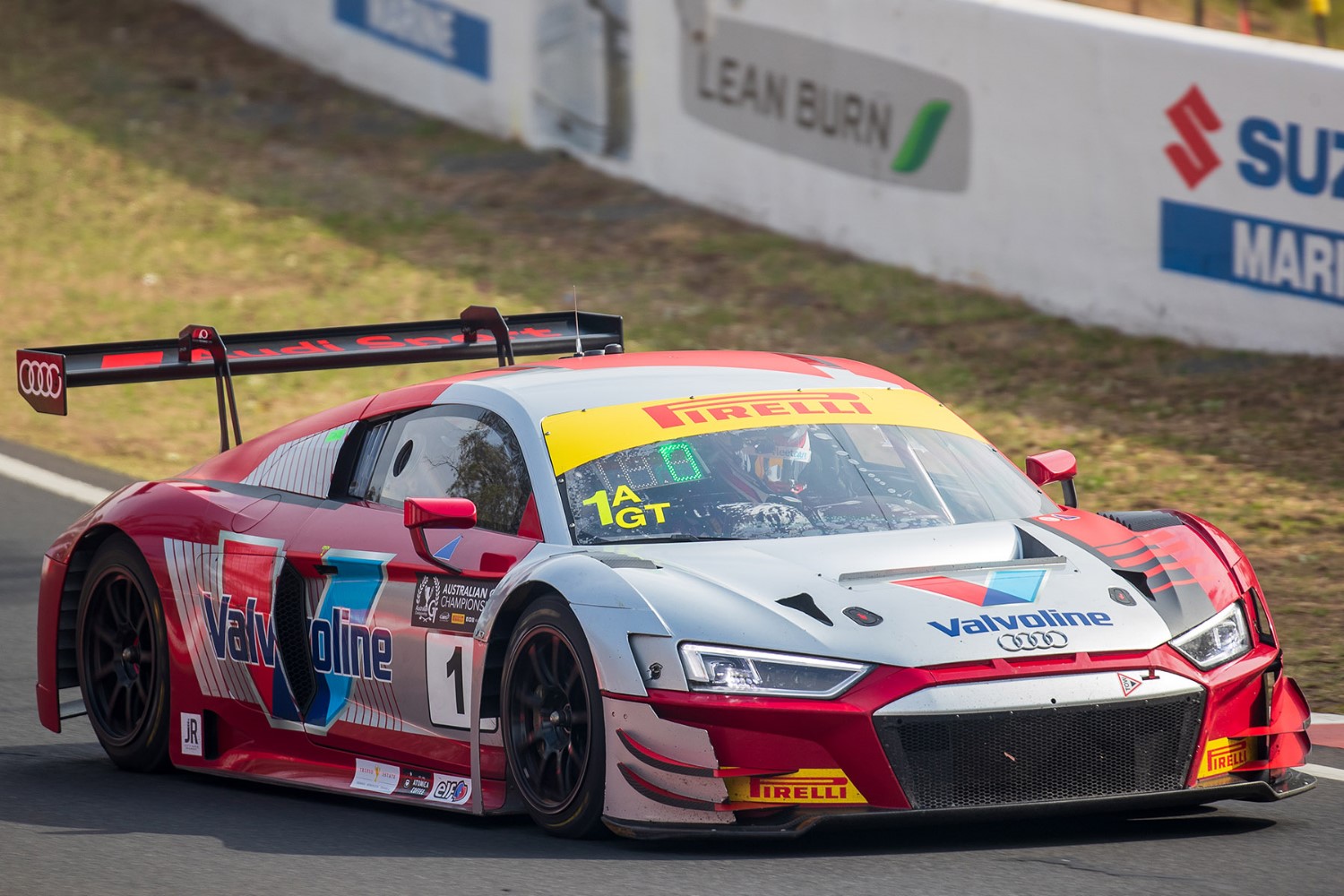 Australia’s championship winning Audi Sport Team Valvoline operation will field three Audi Sport customer racing supported R8 LMS GT3 EVOs in the 2020 Liqui Moly Bathurst 12 Hour, with a mix of drivers intent on claiming another victory for the brand with the four rings on the eve of the tenth anniversary of their first title in 2011.

Garth Tander, who was part of that Endurance Championship victory will rejoin the team for the 30 January – 2 February 12 Hour event alongside eight factory drivers from Europe, such is the esteem of the 12-Hour event which kicks off not the Intercontinental GT Challenge season, but it is also recognised as the first major event on the annual GT calendar.

Having campaigned two Audi Sport customer racing supported cars since 2017, team boss Steve Mclaughlin is no stranger to the highs and lows of Mount Panorama, but with extended support from customer racing and Valvoline Australia, the team is looking to press for an outright result on February second, the tenth anniversary of Audi’s first victory at Bathurst with Christopher Mies, Marc Basseng and Daryl O’Young.

“Bathurst is always unpredictable, but it keeps drawing you back, and this year, we’re looking for another solid result," Mclaughlin admitted matter-of-factly. “Last year both the #2 and the #22 cars led the race, and each year – despite immense competition from some of the best teams in the world – we’ve qualified and run well inside the lead pack, so this year we’ve added a third tier, and we’re out for a podium finish."

Whilst the driver line-up of the three 2019 Audi R8 LMS GT3 EVOs remains a closely guarded secret, Mclaughlin did confirm that three-time Bathurst 1000 winner and reigning Australian Endurance champion Garth Tander will return to the team for the event.

“Garth has been an integral part of the team since 2016 where he first drove with me and Rene Rast," Mclaughlin confirmed. “Since then he’s helped move the whole team forward, something we saw most evident during this year’s Australian GT endurance series where he was instrumental in helping Geoff Emery to Audi’s first ever endurance championship crown. As a former Bathurst 1000 and Bathurst 24 Hour winner, his knowledge of Mount Panorama is without question, so we will again be looking to him to get the team up to speed from Friday’s opening practice session."

Tander, like – Audi Sport Team Valvoline’s record-breaking, two-time Bathurst 12 Hour winning – team-mate Christopher Mies, was at Mount Panorama at the end of November for Challenge Bathurst, the two drivers circulating across almost four hours of track time to establish an early benchmark for the forthcoming once-around-the-clock battle against the world’s best.

Having smashed the standing GT3 record in late 2018 in a session where he ran without the mandated SRO balance of performance restrictions, Mies set a stunning sub two-minute lap, and whilst he and Tander didn’t go looking for that mark three weeks ago, they turned valuable laps of the circuit and gained important knowledge of the new ‘Evolution’ version of the second generation R8 ahead of it’s competition debut at Mount Panorama.

“That was invaluable," Mclaughlin confirmed. “What we learnt across the two days has certainly started us well ahead of the curve come late January as practice gets underway for the 2020 12 Hour."

With both Mies and Tander separated by mere hundredths across the three sectors of the 6.213-kilometer Bathurst circuit, the Audi Sport Team Valvoline operation classified themselves happy with their preparation having tried a sequence of varying setups in conditions that ranged from cool early morning runs on a ‘green’ circuit to long runs in the hot mid-day heat.

The 2020 Bathurst 12 Hour gets underway on Friday, January 31 with a sequence of one-hour practice sessions ahead of qualifying early Saturday afternoon, whilst the top ten shootout will take place late on Saturday, with the 12 Hour journey beginning in the early morning light at 5:45am on Sunday, February 2.