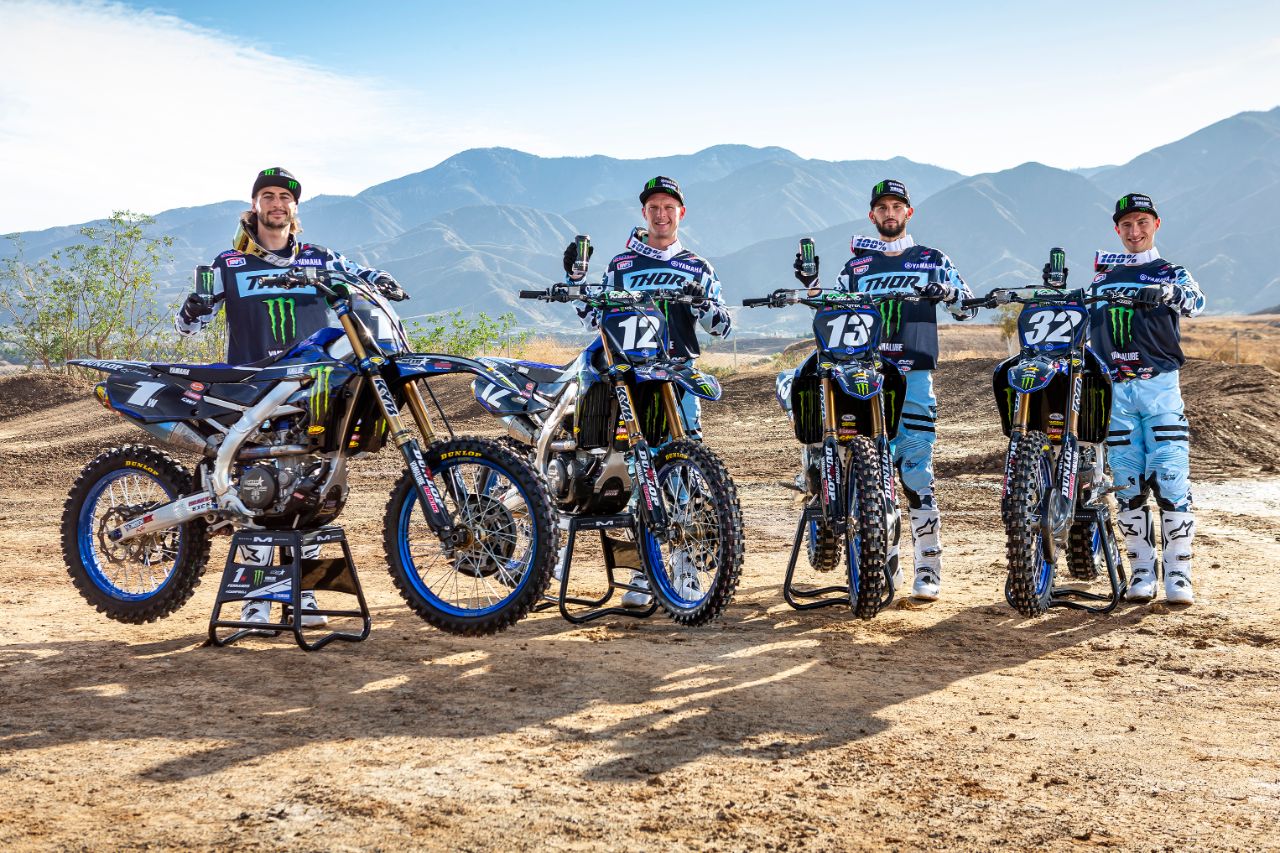 Last year, Ferrandis proved to be a fierce competitor when he brought the heat in the final stretch of the 250SX West Championship, scoring three wins and eight podiums to ultimately take the title in dramatic fashion at the season finale in Las Vegas, Nevada. He also made a final run at the Pro Motocross 250MX Championship, taking four wins to finish second overall. The tenacious Frenchman looks to build on his success with the Monster Energy Star #yamaharacing crew in 2020 and go for another title aboard the Yamaha YZ250F.

The newest team member, McElrath, brings a wealth of experience to the team as a proven championship contender. He has six career wins in the 250 class and was the 250SX Western Division runner-up in 2015 and 2017. Last year, the North Carolinian took the Triple Crown win at Anaheim II with a 3-2-1 tally and was able to finish eighth in the point standings in spite of a mid- season injury. Healthy and ready to go with his new team, McElrath aims to seal the deal on his first title.

In what was his first full season in Supercross, Cooper had a standout year in 2019. He finished second overall in the 250SX East Championship with six podiums. He carried that momentum into the outdoor season, taking his first overall win in Florida and scoring nine podiums to end the year third overall in the Pro Motocross 250MX Championship. With more experience under his belt, the 22-year-old aims to build on his 2019 success with more wins and a number-one plate.

Nichols came out swinging in 2019, taking his first Supercross win at the season opener in Anaheim. The fan favorite went on to put in solid results, scoring six podiums to end the year third in the 250SX West standings. 2020 marks his fourth season with the team and he looks to kick it off with another win to get the ball rolling for his title campaign.

The 2020 Monster Energy AMA Supercross Championship gets underway at its traditional season- opening venue in Anaheim, California, on Saturday, January 4, at the Angel Stadium of Anaheim.