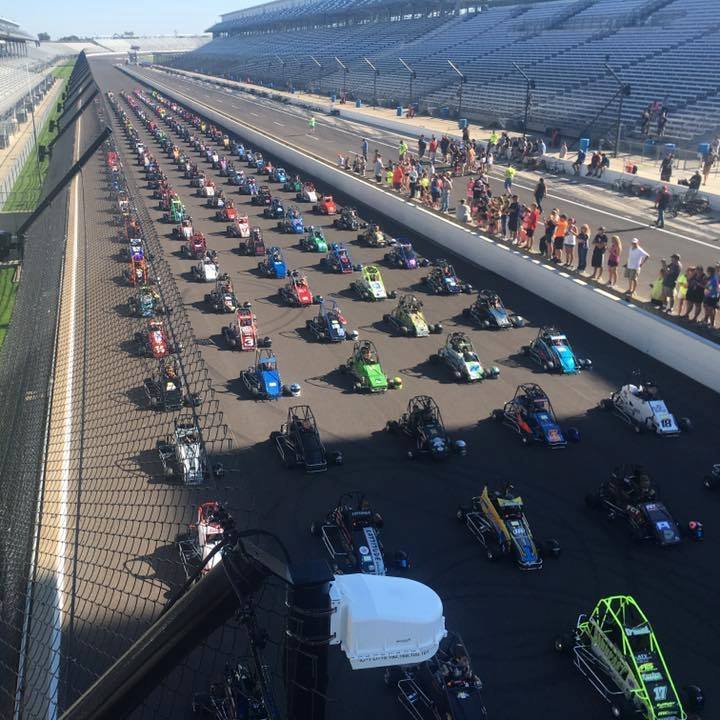 For the first time in series history, the United States Auto Club .25 Series (quarter midgets) will race at Richmond Raceway Complex next year. The series will join the NTT IndyCar Series for a speed-themed festival weekend June 25-28. It will be the first time any USAC series has raced at Richmond in 11 years.

“Richmond Raceway has a storied 74-year history with motorsports, so we look forward to welcoming the USAC.25 series, along with the NTT IndyCar Series, for our loyal fans at America’s Premier Short Track next summer," said Richmond President Dennis Bickmeier. “The future stars of the sport will showcase their skills over the INDYCAR Race Weekend as part of a weekend festival built around speed."

Quarter midgets are kid-size cars that are approximately a quarter of the size of a full-size open-wheel midget.

Although quarter midget racing dates back over 60 years, the USAC.25 Series is only 12 years old. There are more than 45 USAC.25 clubs around the nation with thousands of kids ages 5-12 and their families participating in sanctioned races. Some notable graduates of quarter midgets include Jeff Gordon, A.J. Foyt, Joey Logano, Ryan Newman, Ed Carpenter, and Sarah Fisher.

The USAC.25 Series will race on a temporary 1/20th of a mile-long track located on the frontstretch in the Midway at Richmond. Approximately 200 entrants from all over the nation will be competing during the weekend.

“What an amazing opportunity this will be for our USAC.25 families and competitors to experience Richmond Raceway," said Danielle Frye, national director of the USAC.25 Series. “To be able to race at America’s Premier Short Track on the same weekend as the NTT IndyCar Series makes its return back to Richmond even more exciting. This track always produces great racing and we are thrilled to expose our young drivers to this awesome facility."