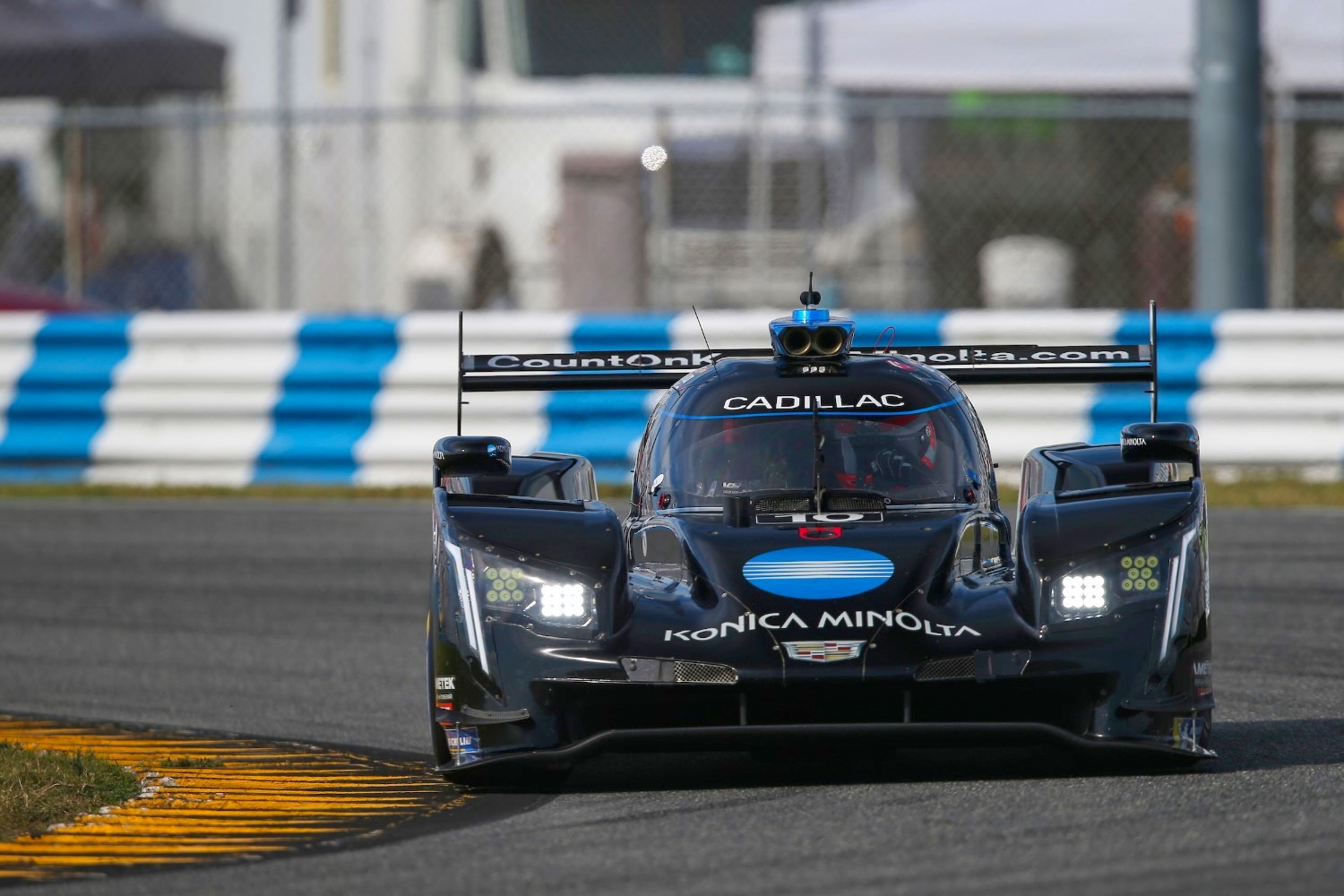 As soon as the holidays are over, the 2020 IMSA WeatherTech SportsCar Championship season will get under way with the annual Roar Before the Rolex 24 At Daytona on the weekend of Jan. 3-5. It’s three days of open testing for both the WeatherTech Championship and the IMSA Michelin Pilot Challenge, while the IMSA Prototype Challenge kicks off its six-race season with a three-hour battle on Saturday, Jan. 4.

A total of 40 cars from 12 different manufacturers have been entered for the Roar. There will be eight cars in the lead Daytona Prototype international (DPi) class from three different manufacturers – Acura, Cadillac and Mazda. Among the entries is the 2019 Rolex 24 At Daytona-winning No. 10 Konica Minolta Cadillac DPi-V.R and the 2019 WeatherTech Championship DPi title-winning No. 6 Acura Team Penske ARX-05.

Substantial year-over-year growth is found in the Le Mans Prototype 2 (LMP2) class, where seven cars from two different constructors – ORECA and Multimatic/Riley – have been entered. Included among these entries is last year’s WeatherTech Championship LMP2 champion team, PR1/Mathiasen Motorsports, with a pair of ORECAs and the No. 81 DragonSpeed USA ORECA that won last year’s Rolex 24.

Seven cars also are entered in the GT Le Mans (GTLM) class, representing four different manufacturers: Chevrolet, BMW, Ferrari and Porsche. The 2019 Rolex 24-winning No. 25 BMW Team RLL M8 GTE is returning to defend its victory, as is the No. 912 Porsche GT Team that won the 2019 WeatherTech Championship title. Porsche will be introducing its new-for-2020 911 RSR to GTLM competition at the Roar, while the new, mid-engined Corvette C8.R will be debuting as well.

The GRT Grasser Racing Team – which won both the Rolex 24 and the Mobil 1 Twelve Hours of Sebring Presented by Advance Auto Parts in 2019 – will prepare for its first full season of WeatherTech Championship competition in 2020 supporting three Lamborghini HuracÃ¡n GT3 entries. The 2019 WeatherTech Championship GTD champion Meyer Shank Racing team also returns with a pair of Acura NSX GT3 machines.

The Roar entry list for the Michelin Pilot Challenge features a strong, 37-car field, including 26 Grand Sport (GS) class entries and 11 in the TCR class. The full list is available here. This test is not mandatory for Michelin Pilot Challenge teams, so look for even more entries when the series returns to Daytona for the four-hour BMW Endurance Challenge season-opener on Friday, Jan. 24.

Speaking of season openers, the IMSA Prototype Challenge will have an 18-car field to kick off its 2020 campaign on Saturday, Jan. 4. That entry list is available here.

The three-hour race starts at 12:15 p.m. ET and will be streamed live on TrackPass on NBC Sports Gold which is available at nbcsports.com/gold/trackpass. Live Timing & Scoring data and IMSA Radio commentary of the race also will be available on IMSA.com.

The 2020 Rolex 24 At Daytona will take place January 25-26. Tickets are available at www.DaytonaInternationalSpeedway.com.