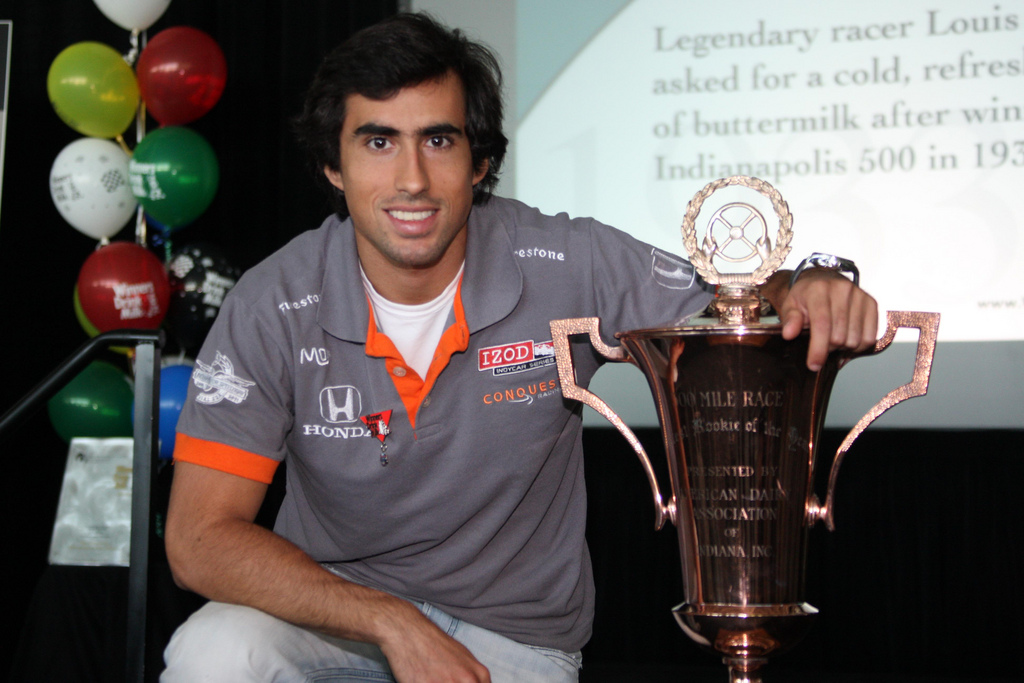 UPDATE This rumor is downgraded to 'false' with today's news that Dale Coyne has decided on Zach de Mello to replace Fittipaldi.

According to AR1.com sources in Brazil, Brazilian Mario Romancini has an outside shot at the Dale Coyne ride for Indy, replacing the injured Pietro Fittipaldi.

Recall that 30-year old Romancini drove in Indy Lights in 2009 and in 2010 drove IndyCars for the Conquest Racing team in 11 events. That year he finished 13th in his rookie season in the Indy 500, the highest finishing rookie, earning him Rookie of the Year.

Our sources say he has close to $650,000 of funding and wants to make a comeback.

Apparently Coyne had a lot of guests and hospitality planned from Brazil because Pietro Fittipaldi is Brazilian and it is kind of late to change those plans. Might sound unlikely but Jay Howard and Danica Patrick have done it in recent years.

Take it for what it is. Always interesting rumors in May.