General Motors has recently filed a patent which could point to the future of the company’s high-performance offerings, including the C8 Corvette.

After eighteen months in review by the United States Patent and Trademark Office, documents published on October 24, 2017, reveal GM has been granted a patent for an internal combustion engine with elevated compression ratio and multi-stage boosting.

The document describes a propulsion system made up of a high compression internal combustion engine which uses a low-flow supercharger in combination with a high-flow turbocharger, linked to “one or more electric motor/generators, none of which are shown".

It gives us an interesting look at how GM engineers plan to continue producing obscene performance cars like the Corvette ZR1 and Camaro ZL1 1LE in a world of increasingly stringent emission regulations.

The illustrations depict a longitudinally mounted four-cylinder engine, but GM claims the thinking disclosed could be applied to engines with larger cylinder counts as well. 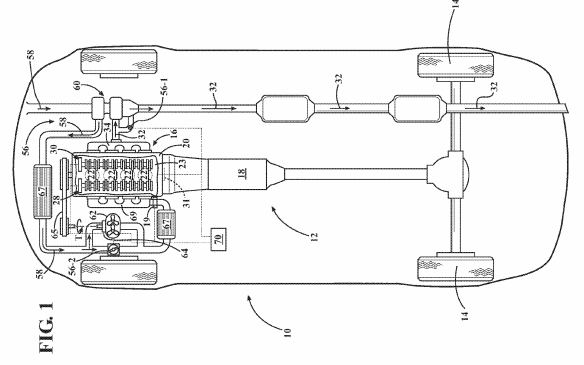 In order to make high-compression ratios and forced induction viable for an engine that must meet federal requirements, GM is proposing an extreme variation of the Atkinson-cycle using late intake valve closing to allow some of the air-fuel mixture to escape and eliminate the risk of pre-detonation.

Where GM’s patent differs from other Atkinson type applications is the length of time the intake valves would be kept dwelling at peak lift. In the document GM proposes two different methods for generating peak lift for an extended period of time–simple cam lobe profiling in combination with a variable-ratio rocker arm between the valve stem and the cam lobe; or an electro-hydraulic actuator which could replace the conventional camshaft. 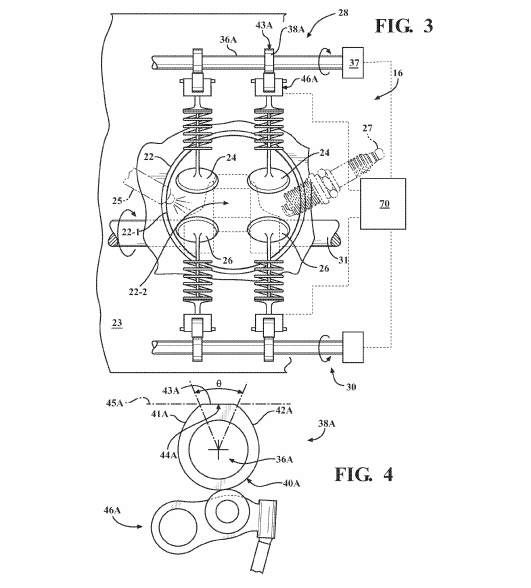 Using the cam and rocker solution, GM would employ a “generally flat" portion of the cam lobe which would interact with the variable-ratio rocker arms to jam the intake valve open for a slightly extended period of engine rotation.

The rocker arms would include their own rotatable cam-shaped roller which could alter the duration of peak lift dwell from substantial to insignificant. In another variation, a more traditional cam lobe could interact with a cam follower to achieve the same effect.

Like conventional engines with variable cam and valve technology, the position of the cam and rollers could be changed by high pressure streams of oil shot by phasers. Using this method GM claims the intake valves could be kept at peak lift for an extra 20 degrees of cam rotation. 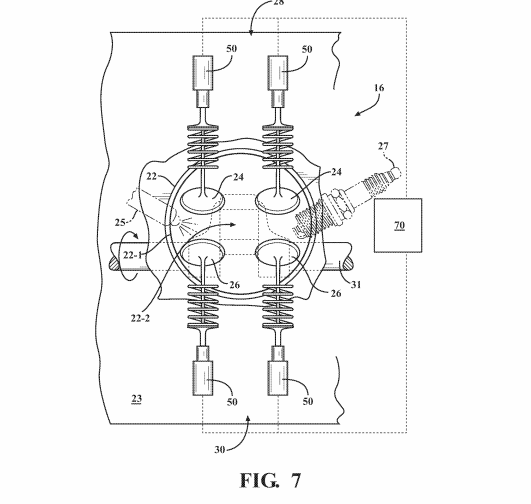 Should GM replace the cam shaft with a hydraulic or mechanical actuator the ECU would offer much greater control over the valvetrain. The document claims peak intake dwell could be achieved for 5-80 degrees of crankshaft rotation, which is just shy of a quarter rotation, or nearly one full cycle.

GM claims using either solution would yield compression ratios for forced induction engines between 11 and 16:1. To put that in perspective, methanol fueled drag racing engines typically run a 15:1 compression ratio, while Formula 1 cars operate at 17:1. It’s unclear if GM intends to use the system to offer variable compression ratios like other automakers have proposed.

The document also includes new thinking on twincharging and the application of boostpressure. GM says the supercharger could be driven by either the crankshaft or a dedicated electric motor, with the blower’s speed managed by a continuously variable transmission which would control the supercharger independent of engine RPM. 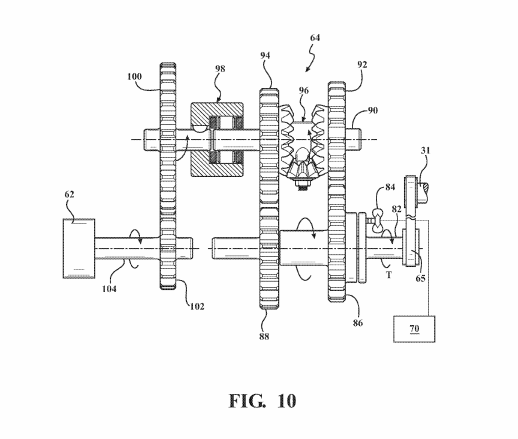 Meaning the CVT could keep the supercharger pegged at peak boost if necessary, or spooled for low RPM acceleration before the turbocharger clicks on above 3,000 RPM, when enough high-flow exhaust would be available to feed the impeller. The multi-boosted system could be capable of operating sequentially or in tandem based on what the vehicle’s ECU wants, which will, in turn, depend on if it’s been programmed for performance or economy.

It’s unclear how GM is planning to apply the thinking delineated in the patent, but considering the high-performance potential of the proposed system, this could be our first inkling of what’s going to motivate the hybridized mid-engine Corvette. GM Insider