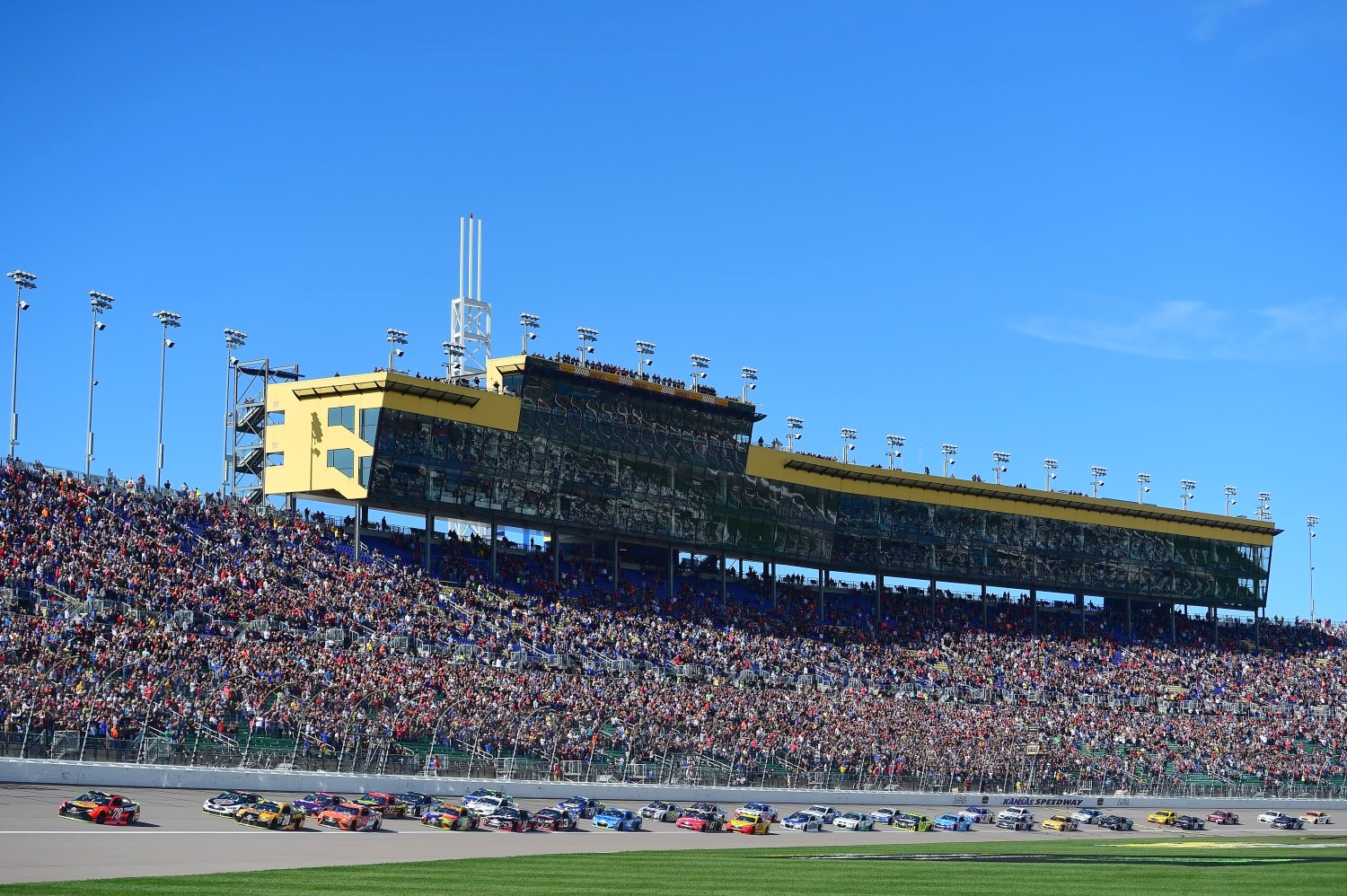 It might not seem like it’s been so long, but Sunday’s race at Kansas Speedway will be the 25th race at the track. Only Kentucky Speedway is newer on the Cup circuit, but Kansas has been on the schedule since 2001, so it’s not exactly the new kid any more.

24 is the number to look closer at this weekend. Not because the No. 24 car has been to Victory Lane three times (Jeff Gordon is tied with Jimmie Johnson with three wins, most all-time), but because four drivers in this week’s field have run every one of the 24 races at Kansas so far.

If you think about it, that in itself is fairly significant in that Kansas came around at a time of transition for NASCAR. The older legends of the 1980s and 1990s were on the backsides of their careers, while some youngsters were just getting started. Many of those youngsters’ careers have since come to an end as well.

[adinserter name="GOOGLE AD"]Back to the drivers who’ve been there for it all: Matt Kenseth, Kevin Harvick, Kurt Busch and Ryan Newman. At that first Kansas race in 2001, Kenseth was a second-year driver, Harvick a rookie and Newman not even a full-time Cup driver yet (the 2001 Protection One 400 was Newman’s sixth Cup race; he won Rookie of the Year honors in 2002).

In that inaugural race, Newman was the best of these three, finishing second to Gordon. It was his best career finish at that time. Busch came in ninth, Harvick finished 16th, and Kenseth came home 32nd, failing to finish after a crash took him out. (Kenseth wasn’t alone. 13 drivers didn’t make it to the end, including future Hall of Famers Terry Labonte, Dale Jarrett and Bill Elliott.)

Over time, Kenseth and Harvick have slightly better records at Kansas than Newman and Busch. Newman has a win, three top 5s and seven top 10s with 128 laps led en route to a 14.3 average finish—certainly plenty respectable. Busch doesn’t have a win, but matches Newman at three top 5s and edges him in top 10s with eight. He’s led 263 laps and has a 16.4 average; again, respectable if not stellar.

Both Harvick and Kenseth could tie for the series all-time wins lead at Kansas with a win Saturday night. Kenseth makes his first Cup start since Homestead last year. Harvick starts from the pole, Kenseth starts 35th. Newman will start 15th, looking for his second win. Busch starts eighth in pursuit of his first.

Through those same 24 races, Johnson has the active win lead with three (he didn’t start the inaugural race but has made 23 starts since), and a total of 14 drivers have visited Victory Lane, eight of them at least twice. Active drivers who could get a piece of the all-time lead include Harvick, Kenseth, Joey Logano and Martin Truex Jr.

Johnson leads active drivers with a 9.7 average finish; Rusty Wallace had the best overall of drivers with five or more starts at 8.2.

24 races in, and Kansas has shed its reputation as the new kid, bringing a passel of winners to the table and posing its own unique challenges. Races have been won (and lost) on speed, strategy, mileage and a little bit of luck. Four drivers can say they’ve been there for it all.