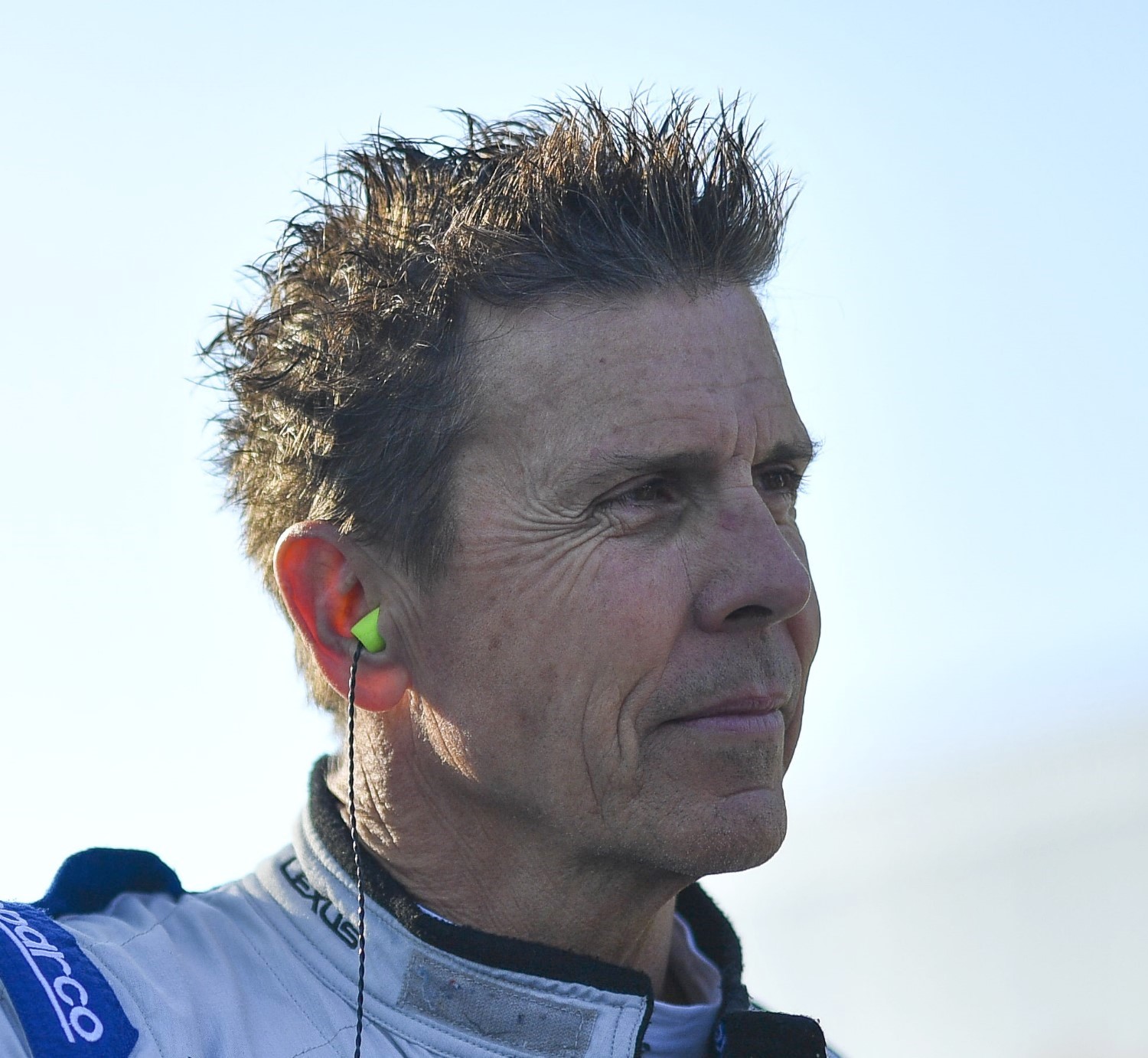 DAYTONA BEACH, Florida — Scott Pruett walked into the Daytona International Speedway media center and smiled widely as he looked at the Lexus banner hanging behind the podium displaying three cars he had driven in the Rolex 24 and honoring him for a “storied career in racing" that spanned five decades.

Moments later, the 57-year old Pruett smiled again and calmly, thoughtfully, announced his retirement from the sport, revealing he will hang his helmet up after the upcoming Jan. 27-28 Rolex 24 At Daytona – the great sports car endurance race that Pruett has hoisted the overall victory trophy five times in an amazing career that’s spanned five decades.

“As an athlete if you’re fortunate enough to have a long and successful career and lucky enough to come to the end on your terms then you are truly blessed, and I truly am,’’ Pruett said. “Today, after 50 years of racing, the 2018 Rolex 24 Hours of Daytona will be my last race.

“It’s a magical place and I love it and what better way to say goodbye to a sport I love than at this revered place surrounded by my respected peers and diehard fans. So here we go. I’m so excited about the next chapter of my life and getting on with the Rolex 24 here in the next few weeks.’’

Early in Pruett’s diverse and celebrated career, it became clear the question wasn’t what this driver might accomplish, but what wouldn’t he achieve.

[adinserter name="GOOGLE AD"]His is a five-time champion in the IMSA WeatherTech SportsCar Championship with an amazing 60 sports car series wins in addition to claiming victories in the prestigious International Race of Champions (IROC) circuit. He competed in both NASCAR’s premier Monster Energy NASCAR Cup Series ranks and the IndyCar Series, where he won twice. He even made a pair of starts in the famed Australia SuperCars Series.

When it comes to sports car racing, Pruett is considered a legend already.

And how fitting that his final green flag – teaming with Dominik Farnbacher, Jack Hawksworth and David Heinemeier Hansson in the No. 15 GT Daytona (GTD) class Lexus — will come in the Rolex 24 At Daytona where he is among the great race’s absolute best. His five overall victories ties him for the most all-time with the legendary Hurley Haywood.

“Scott Pruett is a legend of sports car racing," said IMSA President Scott Atherton. “It is a word and a description that is often over-used, but in this instance it is a statement of fact. It has truly been an honor and a privilege to have him represent IMSA for decades.

“His on-track accomplishments and larger than life personality made him the face of American road racing. He became a household name among race fans through his versatility, and while he also enjoyed success in IndyCar and NASCAR, his sports car racing résumé is what made him a hall of famer.

“As we embark upon what many expect to be the biggest season yet for IMSA and the IMSA WeatherTech SportsCar Championship, we will miss having Scott out there battling for race victories. And we will also miss his ‘Hi to the family back home,’ gesture that was his signature element of every TV interview… On behalf of Jim France, Ed Bennett and everybody at IMSA, I offer heartfelt congratulations to Scott on a truly amazing career, and most importantly, thank you, Scott, for all that you’ve done for our sport."

He is truly one of the most well-rounded competitors in the sport’s history.

He won a second IROC event on the Daytona International Speedway high banks during the 1991 Speedweeks – less than a year after he recovered from massive injuries – broken feet, ankles and back — he suffered while testing an IndyCar the previous March. That victory remains one of the brightest moments of his highlight-reel career, Pruett insisted Friday.

“Coming off my bad accident and coming here and beating Bill Elliott in the IROC race, that was huge after breaking my ankles and shattering my knees and breaking my back,’’ he said. “There was never a moment I didn’t want to get back in a race car, in fact it drove me harder."

All his NASCAR starts came after the age of 40.

When it’s all said and done, having competed in such a wide array of race cars and racing series, Pruett reiterated his truest love remains sports car competition. And therefore it is most fitting that he officially retire after the country’s most celebrated sports car race, the Rolex 24.

“Sports cars,’’ Pruett replied, when asked to reflect on his favorite form of racing competition. “Overall, people long past when I’m gone, I think will remember me for sports cars. Even though I have achievements in other forms, by far, sports cars are my love.

“More so than anything else I’d like to go out and just have an incredible race in my final 24.

“My wife and I were looking. … My first race was when I was 24 and I believe this is my 24th time doing the 24. … maybe all those wonderful 24s will come together in the coming weeks here at Daytona.’’

“I have so many incredible memories here, it just seemed appropriate this was the time and place.’’