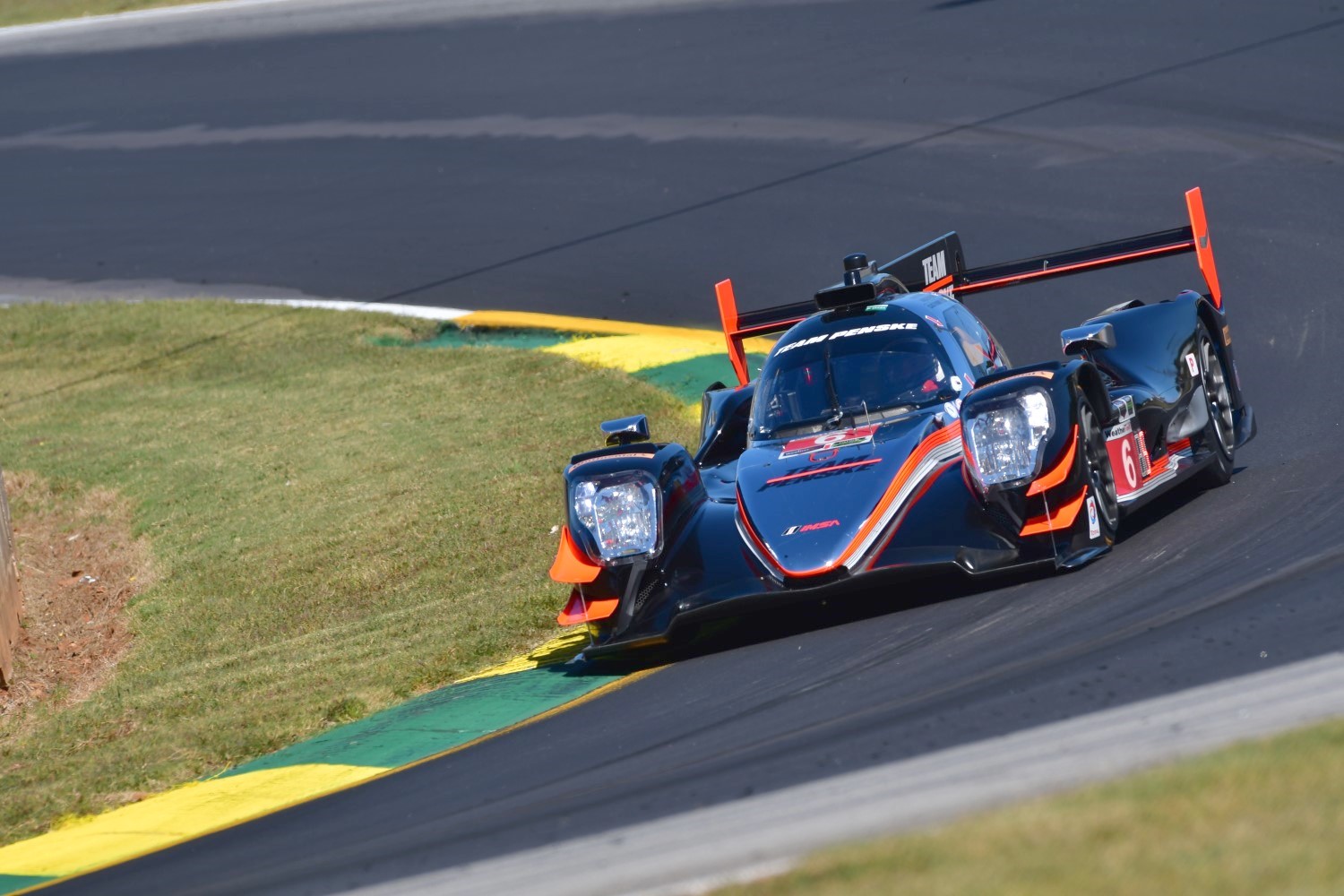 Juan Pablo Montoya set the fastest lap in the day’s two practice sessions thus far with a lap of 1 minute, 12.445 (126.219 mph) in the No. 6 ORECA LM P2 he will share this weekend with co-drivers Helio Castroneves and Simon Pagenaud.

“The car was really good," said Montoya. “I didn’t run in the first session, we let Helio and Simon get some laps. Last week, I tested the 2018 IndyCar and it’s just such a different feel. It just took me a few laps to get back in the car and get used to it – to get a feel for things again. Once I did, we put down some fast laps. I just really enjoy these cars and we have a fast one this weekend."

Team Penske made news earlier in the week with the announcement of Castroneves joining Juan Pablo Montoya and Dane Cameron as full-time drivers for 2018, with a fourth driver to be named at a later date. The team will make its competition debut with the new Acura DPi at the season-opening Rolex 24 At Daytona.

“Helping Roger, the team and everyone with Acura start this program and build it from the ground up will be another big challenge and a great opportunity in my career," Castroneves said. “I am proud of everything we have accomplished together in INDYCAR and now I am focused on helping to develop the ARX-05 to try and win the 24 Hours of Daytona and the IMSA championship in 2018 with Acura."

Risi Competizione returns to Road Atlanta this weekend looking to repeat its Motul Petit Le Mans victory one year ago.

Through two practice sessions, the team has shown good pace with newcomer Alessandro Pier Guidi leading the afternoon session with a lap of 1:18.334 (116.730 mph) in the No. 62 Ferrari 488 GTE. Joining him this weekend are full-season drivers Giancarlo Fisichella and Toni Vilander.

"I knew a couple months ago that I would join the Risi Competizione team and I was immediately happy because I know the story of the team and how many amazing results Risi's team achieved over the years," Pier Guidi said. “I met Toni (Vilander) at the beginning of my GT career in 2005. At that time, it was the debut for both of us in a GT car and we won immediately the Italian GT championship, so I'm really happy to race again with him. I met Giancarlo (Fisichella) a few years later and I think he is one of the most successful and famous Italian drivers. It will be really interesting to join them in Petit Le Mans."

The GTLM class’ five manufacturers all were represented in the top five with Corvette, Porsche, BMW and Ford directly behind the class-leading Ferrari.

The Porsche 911 RSR of Laurens Vanthoor set the fastest lap of the day in the morning session with a lap of 1:18.320.

Legge and co-driver Andy Lally are looking to bring home their third win of the season in their No. 93 Acura NSX GT3 for Michael Shank Racing w/ Curb-Agajanian. A win this weekend could top off what has been a remarkable first season for the manufacturer.

“I want to win this one as much as Daytona," Legge said. “It’s my home race, I live locally, and it’s the last race of the works Acura team as it is. As a reward for the guys working so hard, it would be fantastic to get a win here. It’s what everybody is working towards and I want it really, really bad. I think we’ve got a good car as shown by practice speeds but we’re trying not to get ahead of ourselves."

Jeroen Mul put the No. 16 Change Racing Lamborghini HuracÃ¡n GT3 on top of the leaderboard in the morning practice, with a time exactly one-tenth of a second off Legge’s pace.

Ahead of Friday’s Fox Factory 120 at Road Atlanta, Matt Plumb in the No. 76 C360R McLaren GT4 posted the fastest lap of the day in the Grand Sport (GS) class at 1:28.879 (102.881 mph). The early speed is an encouraging sign for the team, which hasn’t finished in the top five since a third-place finish at Canadian Tire Motorsport Park in July.

“The car is great," said Plumb, who co-drives with Paul Holton. “We tested here about three months ago. We did a lot of testing, so this was a place we felt very confident about right off the bat. We knew where to start.

“We’ve been trouble-free, which is unique this season especially with this car, obviously a new car this year. It goes a long way towards developing a car and getting all the pieces in place to go fast when everything’s working from the beginning. The team executes well and as long as we don’t have a hiccup, we’re going to make it happen."

Another McLaren in GS didn’t have as great of a start to the weekend as Plumb and C360R. The No. 69 McLaren fielded by the Canada-based team Motorsports In Action took a hard hit during yesterday’s testing session. Jesse Lazare was behind the wheel and just eight laps into his run when a punctured tire and subsequent crash destroyed the car.

“We don’t have (teammates in the No. 68) Kenny (Wilden) or Rod (Randall) here this weekend, so we were able to convert everything over to the 68 car," said Lazare’s co-driver Chris Green. “For Jesse and I to become a little more familiar with this car – it wasn’t set up perfectly the way we like it – we’re a little bit behind the eight ball right now, but these guys worked their butts off all night long making sure the car was perfect for us. They’ve delivered exactly that. I think by the time we look through the data, look through everything we’ve done on the car, tomorrow morning we’ll be in pretty good shape to go and hopefully get that long-deserved win.

In the Street Tuner (ST) class, Owen Trinkler topped both of the day’s practice sessions, with his fastest time coming in the morning at 1:35.416 (95.832 mph). Trinkler and co-driver Sarah Cattaneo pilot the No. 44 CRG-I Do Borrow Nissan Altima and this weekend’s race could potentially be the team’s last.

“We’re not really approaching anything different," Trinkler said. “We’re going just like our process we’ve followed the last 10 races and we’re not changing anything because of that. I like Road Atlanta. I grew up around this track watching my dad race. Probably back in the ‘70s, I was in a crib there underneath the trees behind the tower, so I’ve been coming to this track for a long time.

“This track fits good with our team and Sarah’s doing a great job. I can’t thank our guys enough. We’ve been on a roll the last couple events and we’ll see if we can keep it going tomorrow."

One practice session remains for the WeatherTech Championship on Thursday. A one-hour, 30-minute night practice will begin at 7:30 p.m. to prepare teams for the evening hours of Saturday’s Motul Petit Le Mans. Fans may follow along with the session on IMSA Radio.