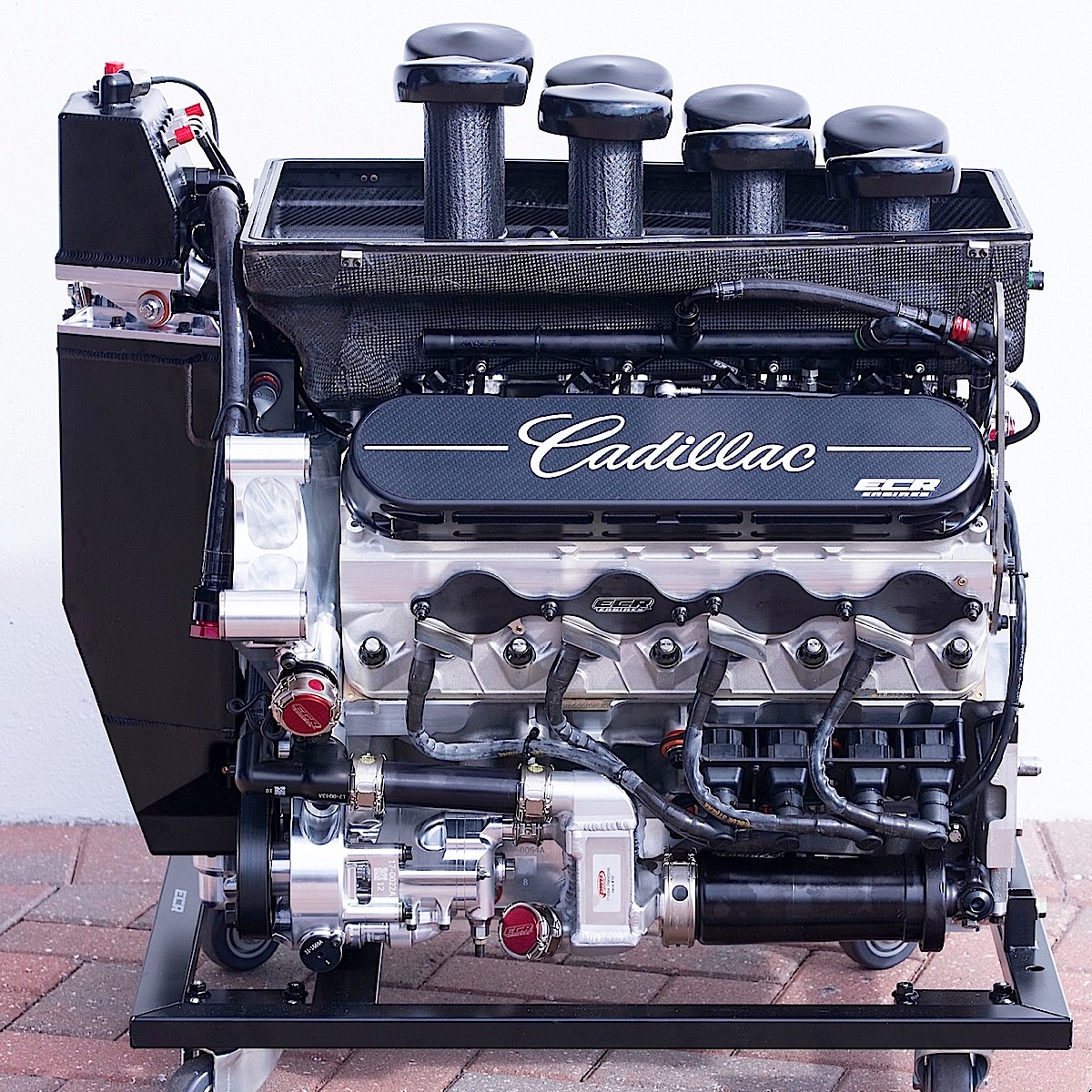 The power of ECR Engines claimed its fourth consecutive Rolex 24 DPi victory for Cadillac this past weekend at Daytona International Speedway. Previously, ECR-powered Corvettes swept the podium in the 2014 Rolex 24 Grand-Am class. See our related article on the Wayne Taylor #10 ECR engine.

This year's Rolex 24 had four entries that relied upon ECR's engines to allow them to run the race's entirety. Wayne Taylor Racing's No. 10 Cadillac finished first with more than a 60-second lead over second-place No. 77 Mazda Team Joest. The victory is Wayne Taylor Racing's third in four years.

Four different drivers piloted the No. 10 over the 24-hour race, including defending Rolex 24 champions Renger van der Zande, and Kamui Kobayashi, along with Ryan Brisco and Scott Dixon. The foursome each spent time behind the wheel, but it was former F1 star Kobayashi who was the final driver, and led the field to the checkered flag. The four drivers of the No. 10 team were credited with breaking a Rolex 24 record, completing every one of the race's 833 laps. The previous record was 808.

"I am so proud of everyone at ECR and the effort that was put into this race. To be associated with the winners of the Rolex 24 for the fourth consecutive year is a massive feat," said Richie Gilmore, president of ECR Engines. "This race is so tough and puts our engines through so much over 24 hours, but it's a great feeling when we can say ECR played a big part in getting these Cadillacs through the race. Congratulations to Wayne Taylor Racing on a great race."