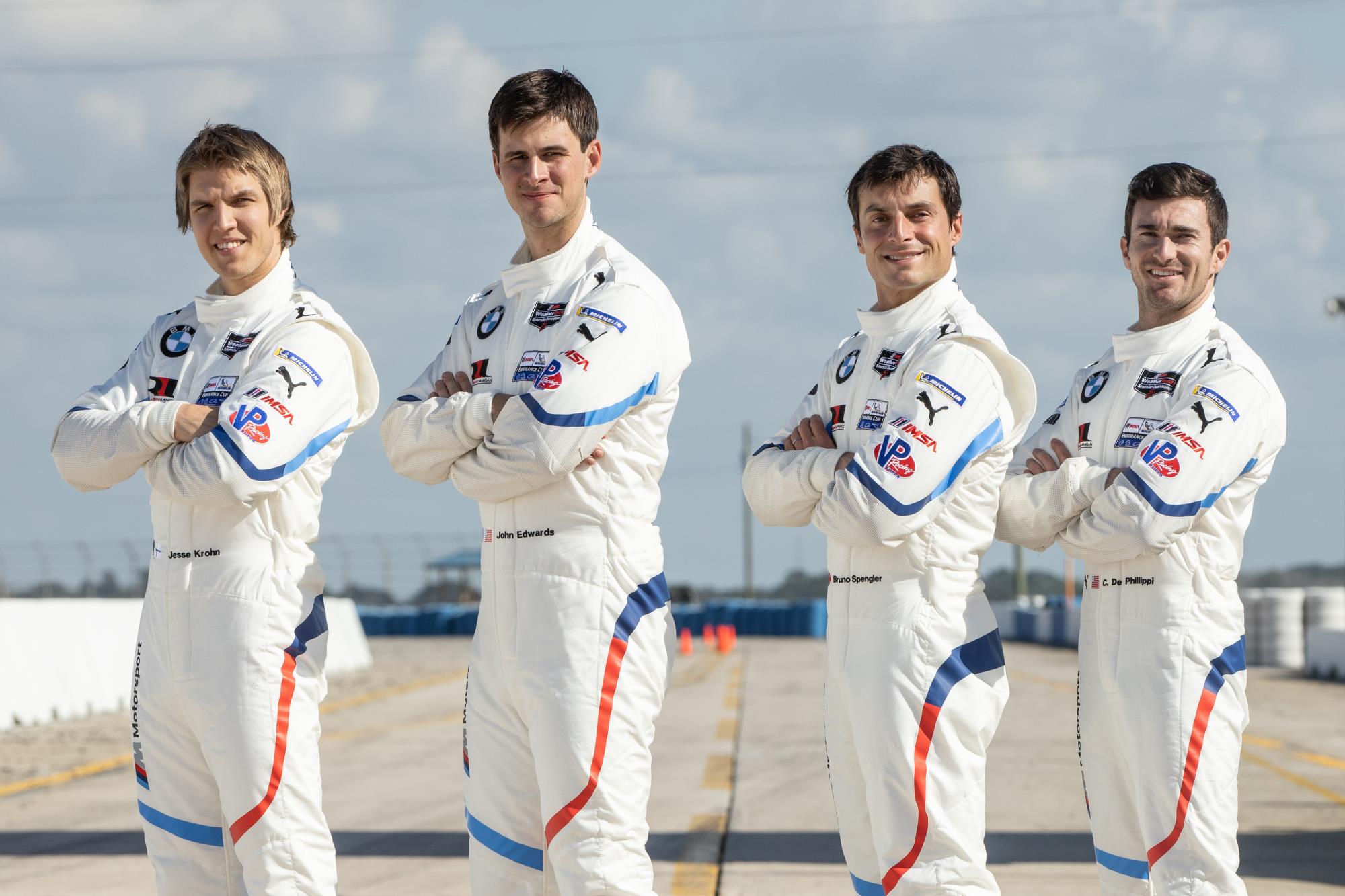 The driver line-up for this season’s IMSA WeatherTech SportsCar Championship, which begins in January, has been finalized. As they did last season, John Edwards (USA) and Jesse Krohn (FIN) will share the cockpit of the #24 BMW M8 GTE run by BMW Team RLL. In the team’s second car, the #25 BMW M8 GTE, Bruno Spengler (CAN) will contest the full season in the IMSA series. The Canadian will form a North American duo with Connor De Phillippi (USA).

De Phillippi and Spengler will receive back-up for the highlight of the season, the 24 Hours of Daytona (USA), from Colton Herta (USA) and Philipp Eng (AUT). Edwards and Krohn will share the cockpit at Daytona with Augusto Farfus (BRA) and Chaz Mostert (AUS). Farfus, De Phillippi, Herta and Eng are the same four drivers who took victory in the GTLM class after a dramatic, rain-dominated Daytona race in 2019.

As it did last season, the IMSA calendar comprises a total of twelve rounds. At eleven of them, BMW Team RLL will contest the GTLM class with two BMW M8 GTEs. As well as the opening round at Daytona, further highlights include the 12 Hours of Sebring (USA) and the season-closing ‘Petit Le Mans’ at Road Atlanta (USA).

Jens Marquardt (BMW Group Motorsport Director):
“I am looking forward to the 2020 IMSA season and am confident that, with our four regular drivers, we have everything in place to make it a successful year. We are entering our twelfth year together with BMW Team RLL. We are also largely going with continuity when it comes to the drivers. John Edwards and Connor De Phillippi have a lot of experience of the IMSA series, and Jesse Krohn also did a good job in his second IMSA season in 2019. All three know the BMW M8 GTE, the series and the circuits in North America very well. Bruno Spengler has not only shown his class throughout his long DTM career, but also in his many GT outings on the endurance scene. I am sure that he will be a real asset to BMW Team RLL. At this point, I would particularly like to thank Tom Blomqvist for the great collaboration over the past five years. Whether in the DTM, WEC, Formula E or the IMSA series, like last season, Tom has coped well on any terrain. We wish him all the best for the future. The IMSA season traditionally starts with the ultimate highlight – the 24 Hours of Daytona. It will be nice to see last year’s four GTLM winners – Augusto, Connor, Colton and Philipp – back at the wheel of the BMW M8 GTE there."

Bobby Rahal (Team Principal, BMW Team RLL): “Once again BMW has given us a really good core of drivers to compete with in 2020. I’m pleased with the continuity we have with John Edwards, Connor De Phillippi and Jesse Krohn returning. It is always a good thing to be able to build on the foundation you have created when possible. Bruno Spengler is a really good team player and will be a great addition. I have a lot of respect for him and everything he has done in the DTM. We are happy that Augusto Farfus, Colton Herta and Phillipp Eng, who helped us win the 2019 Rolex 24 at Daytona, will be returning to the line-up for that race and are also looking forward to welcoming Chaz Mostert back. We thank Tom Blomqvist for his commitment to the team this season and wish him luck in his endeavours."

Bruno Spengler (#25 BMW M8 GTE): “It’s great to be part of BMW Team RLL now. I still know lots of the guys from the races that I contested for the team in Daytona and Sebring. Everyone has made me feel really welcome. I’m really looking forward to having a very experienced, strong GT driver as a team-mate at my side in Connor. I’m excited for the new challenge and can’t wait for the season to get started."

Connor De Phillippi (#25 BMW M8 GTE): “We finished last season with a podium and naturally we wish to build on that in the BMW M8 GTE's third season in the IMSA series. We have made a few improvements within the team and already made some progress over the winter. I'm excited to see how much we will have boosted our performance. Our driver line-up is very strong. I think we are ready for the season opener at Daytona."

John Edwards (#24 BMW M8 GTE): “I’m really excited to be rejoining BMW Team RLL, especially as I keep Jesse as my teammate and also our engineer. This consistency will hopefully help us to further improve on the track as well. We had some good races last year, but all in all it was a bit up and down and didn’t result in a good championship position. The goal is to be more consistent in 2020."

Jesse Krohn (#24 BMW M8 GTE): “As I will go into my third year in this series, the learning should be done. For me it’s time to execute now. I know the team and we work really well together. I don’t see a reason why we shouldn’t have a good season in 2020. I’m really looking forward to it."