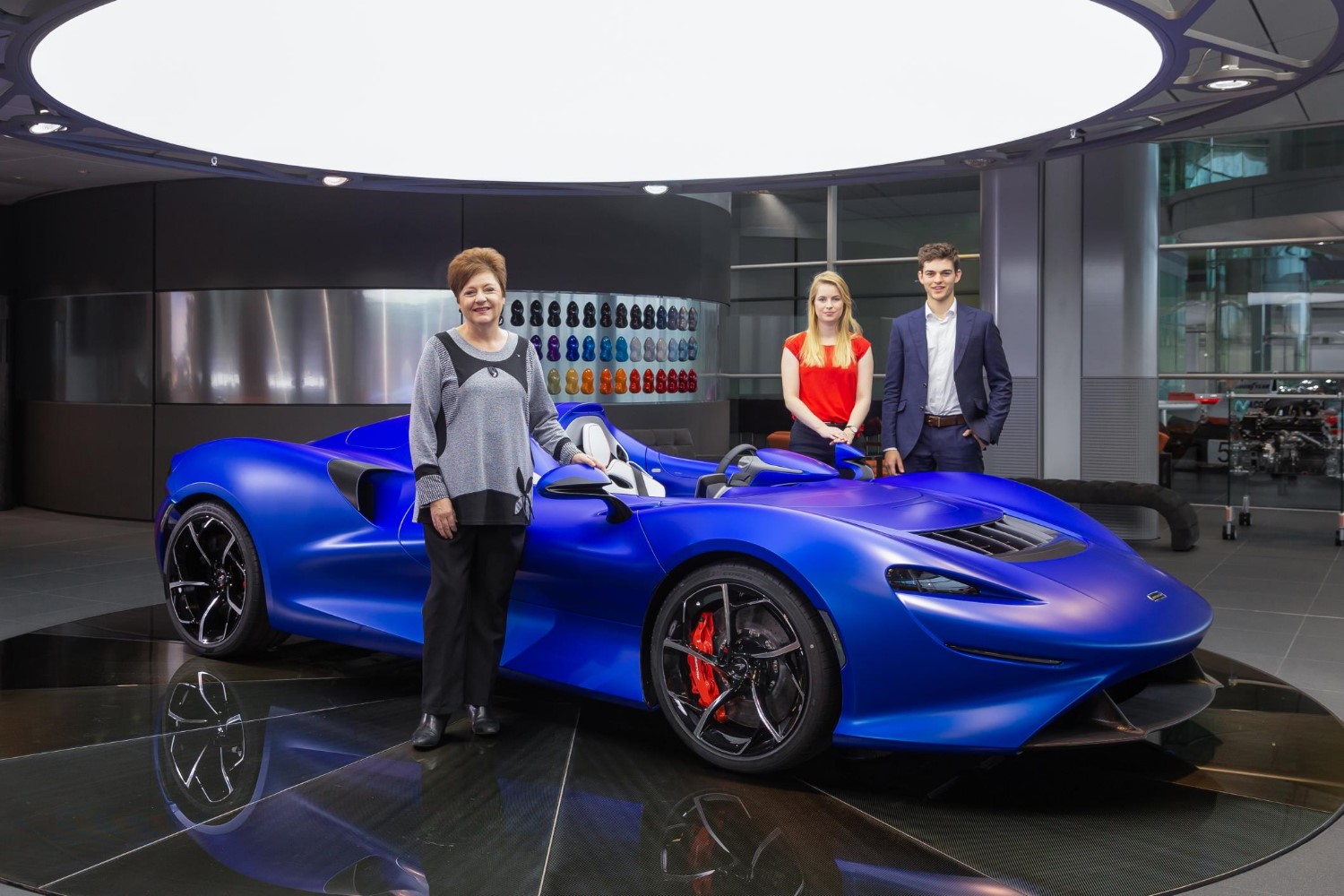 Two young engineers from New Zealand have arrived in England to begin an internship established in honor of McLaren’s Kiwi founder, Bruce McLaren.

University of Auckland students Elizabeth Grant and Harvey Merton are both following in the footsteps of Bruce McLaren who arrived in England in 1958 on a scholarship before going on to establish his racing team five years later.

Bruce’s vision was always to build supercars. McLaren Automotive was established just under a decade ago to fulfil that vision and which is where Elizabeth and Harvey, who both have a passion for high performance engineering and cars, will spend the next two months.

The company has produced some of the world’s most iconic supercars, most recently unveiling the Elva roadster which celebrates the renowned Bruce McLaren-designed M1A and McLaren-Elvas of the 1960s.

Produced as ‘customer’ versions of the innovative and exciting Group 7 McLaren race cars, the McLaren-Elva sportscars embodied many of the pioneering design and engineering principles that are still integral to the McLaren road cars the company hand-builds today.

Both Harvey and Elizabeth will be based at the iconic McLaren Technology and Production Centres in Woking, Surrey, England where they will have stints with designers, development engineers, the powertrain team as well as areas such as aftersales to gain a rounded understanding of the 2,700 strong team.

Nearly 60 years ago, Bruce McLaren traveled to England on a similar ‘Driver to Europe’ scholarship to pursue his motorsport aspirations.

Born in Auckland, New Zealand, Bruce studied at Seddon Technical College, later part of Auckland University, and was an accomplished engineer and innovator as well as a successful racing driver.

“It’s wonderful to welcome Elizabeth and Harvey to McLaren as the latest bright young engineers to benefit from the international internship named in honor of my father and to know his legacy lives on today both in the cars and the ethos of the company.

“My father would be very proud of what McLaren has become today and I’m sure he would be equally proud of the internship which celebrates the strong links between Britain and New Zealand that he epitomized.

“I’m grateful to both McLaren Automotive and the University of Auckland for their continued support for nurturing young engineering talent and can’t wait to hear what Elizabeth and Harvey make of it all."
Amanda McLaren, Brand Ambassador for McLaren Automotive.

“This is an outstanding opportunity for our students and it will be exciting for them to be involved with such an iconic brand at the cutting edge of engineering technology. Following in the footsteps of Bruce McLaren is a unique experience.

“We are also very grateful to the funders of this scholarship, alumni Neil Paton, Eric Tracey, Rob Whitehouse, and Sir Colin Giltrap, for recognizing the incredible benefit of placing young students in the McLaren environment. It will no doubt fuel their passion for automotive engineering and will set them on the road to an exciting career."
Professor Nic Smith, Dean, Faculty of Engineering, University of Auckland.

“I visited McLaren in the UK before taking up the role of High Commissioner to New Zealand. The story of Bruce McLaren and his enduring relationship with the UK is an inspiring one and I’m so pleased that McLaren Automotive and Auckland University are supporting Kiwi engineering talent in the UK.

“Collaboration and opportunity underpin the UK and New Zealand’s close relationship, and scholarships such as this are key to bringing bright minds into engineering and continuing our long-standing tradition of skill sharing. Many congratulations to Elizabeth and Harvey."
Laura Clarke, British High Commissioner to New Zealand.