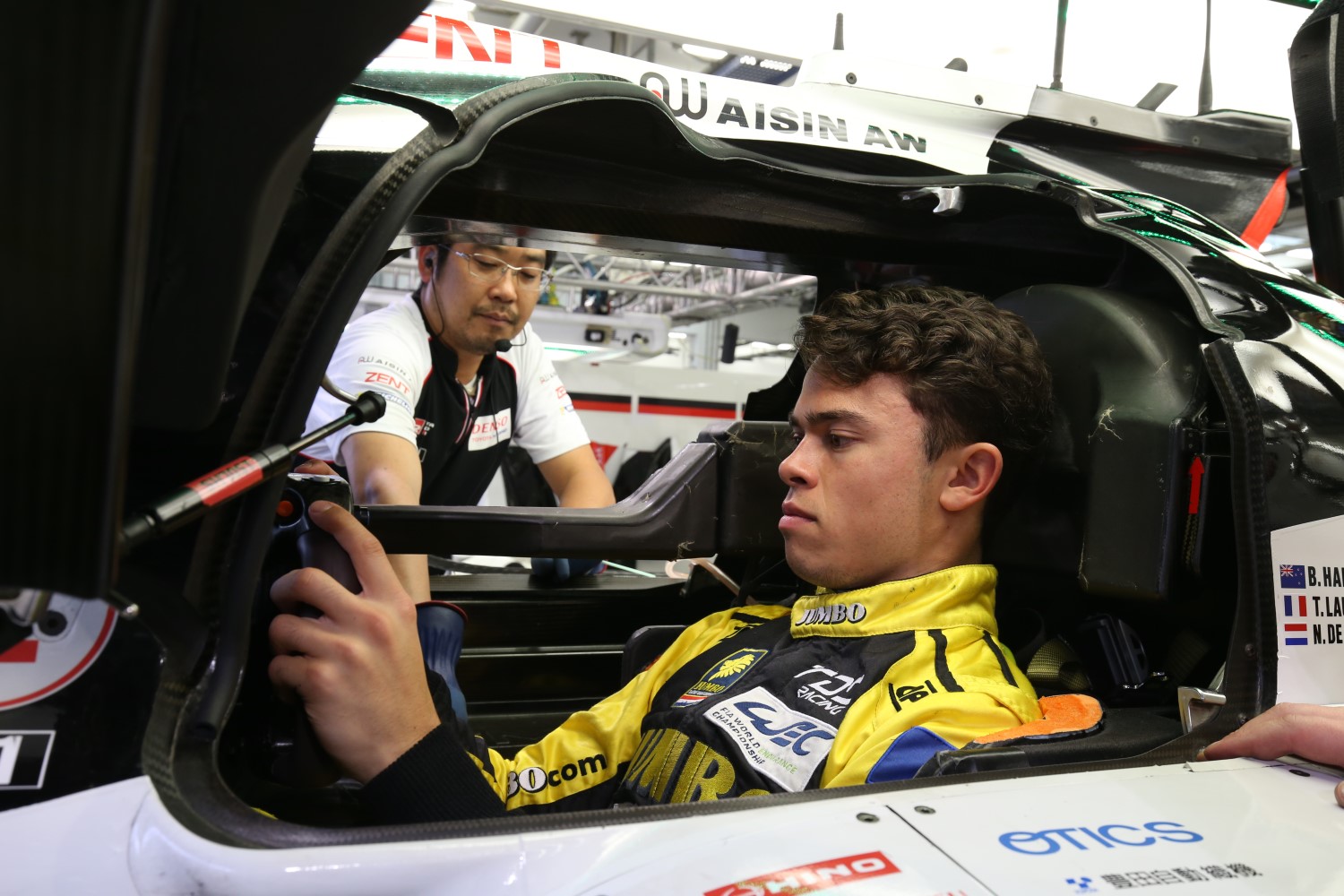 The test session was a traditional finale to the WEC season, typically taking place the day after the final race of the season. However, with the new September-to-June WEC season format, the test takes place following the final event of the year and in the middle of the 2019-2020 season.

Following the team’s one-two victory in the 8 Hours of Bahrain, the fourth round of the 2019-2020 WEC season, on a hot and dry Saturday, conditions changed significantly for the test, with two heavy rain showers in the morning session making track conditions difficult.

TOYOTA GAZOO Racing WEC Challenge driver Kenta Yamashita drove the TS050 HYBRID for the first time today as part of his development program. Following an eighth-place finish in the #33 High Class Racing car in LMP2 on Saturday, the 24-year-old Japanese driver completed a total of 44 laps.

Completing a trio of up-and-coming LMP2 competitors was Nyck de Vries, who was sixth in class in his #29 Racing Team Nederland car on Saturday. Like Kenta, Nyck warmed up for the test with a simulator session and seat fitting at the team’s Cologne base on Monday, preparing the 24-year-old Dutchman for 43 laps.

On the TS050 HYBRID’s final visit to the Bahrain International Circuit, in its last season of competition, the honor of recording the car’s last-ever timed lap of the track fell to Thomas, just before the checkered flag flew at 4pm local time.

TOYOTA GAZOO Racing and the WEC paddock takes a well-earned Christmas break, returning early in the new year to prepare the TS050 HYBRIDs for the fifth round of the 2019-2020 season, at the Circuit of the Americas in Austin, Texas, on 23 February.

Thomas Laurent: “It’s been a while since I drove the TS050 HYBRID so it felt nice to be working again with the team. I enjoyed it and felt really good out there. My first experience of the TS050 HYBRID was here in Bahrain two years ago; it was fun to be part of this test session again. We used one set of new tires then did some longer runs. The car felt really good and I had a positive impression; it went well."

Kenta Yamashita: “I am very grateful for the opportunity to drive the TS050 HYBRID. There is a lot to do as a driver; you are making lots of changes to the settings, following the instruction of the engineers. I got used to it during the day and learned a lot. I enjoyed the chance to do some laps on new tires and I hope I get a chance to drive this car again in the future."

Nyck de Vries: “I really enjoyed the day; thanks to TOYOTA GAZOO Racing and the WEC for this opportunity. I was surprised by the grip of this car; the four-wheel drive and traction control were amazing. It’s a very neutral car to drive and I was adapting to the fuel cuts and the different boost strategies. It was a new experience for me and I really enjoyed it."