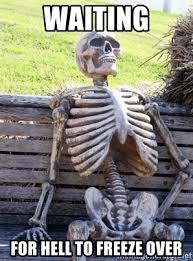 Like Ford, both McLaren and Porsche are continuing to push for a global formula in sportscar racing in which both FIA WEC Le Mans Hypercars and DPi 2.0 cars can race together in the future. Nice thought but the France Family is never going to agree to that. There is a near zero chance they want to negotiate with WEC on what the rules should look like each year.

Agree to have the American teams go to the 24 Hours of LeMans in the top level class and have their heads handed to them every year? American built DPis against the likes of McLaren and Porsche?

But some like Zak Brown, CEO of McLaren Racing and Pascal Zurlinden the head of Porsche factory motorsport wish they would.

“(A global formula), I think that’s a big win for sportscar racing around the world. So I’m very supportive of it and a co-aligning around a common set of rules," Brown said to the media.

“No, I wouldn’t say it’s mandatory (for McLaren to take part in the FIA WEC). I think our biggest concern is the current budgets.

“We have a great program in North America now with the IndyCar," he continued. “So where we really want to be is the World Endurance Championship, we’d love to race IMSA, if that was on a common platform, but wouldn’t race IMSA as a standalone, because our North American marketplace is covered by our IndyCar program.

“So for us, it’s about wanting to be in sportscars, because we’re a sportscar company. But geographically what makes the most sense for us is the World Endurance touching other parts of the world. But if they land on a common platform that I could see us racing in both. I could see us doing Daytona, Sebring and Petit."

As for the timeframe for a decision, it all comes down to the content of the DPi 2.0 regulations and when they are finalized. (DPi 2.0 is set to debut in 2022)

For Porsche, Zurlinden said it would certainly be taking a look if there was a global solution similar to what we have with GTE/GTLM.

“If you can build one racecar and run both sides of the Atlantic, that’s what we do with the GT," he pointed out to DSC.

“So we would just to have a look a closer look at the costs. If you can really build one car for locals and race with both sides of the Atlantic, it’s definitely an option. We’ll have to look into it."

The question is, how likely is a global platform? “It’s as close as it’s ever been," Brown said to DSC.

FIA WEC CEO Gerard Neveu, speaking to DSC yesterday, added: “We wouldn’t be working as hard as we are if we didn’t think it was possible."