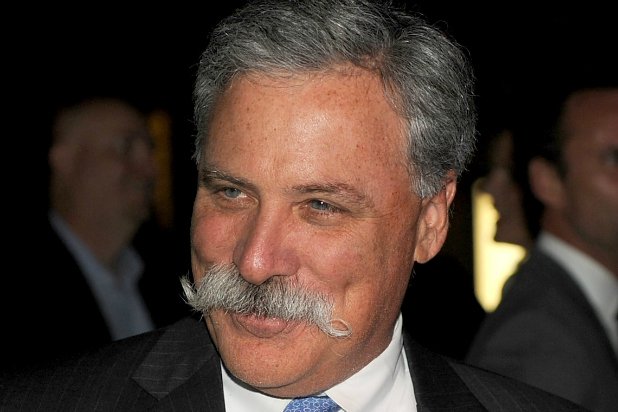 UPDATE This rumor is upgraded to 'fact' today. Formula 1 has announced European races will now starting at 3.10pm, except for the French Grand Prix, which will start at 4.10pm local time to avoid a clash with the World Cup group game between England and Panama.

The races will now start 1:10 minutes later than usual – to allow broadcasters to better incorporate the pre-race build-up if their programming starts on the hour.

A statement issued by F1 said: "Some broadcasters usually go on air precisely on the hour, hence missing the tension and emotion that characterize the minutes before the start of each Grand Prix.

"Thanks to this change, television viewers will be brought closer to the teams and the drivers and fully enjoy the spectacle offered just before the red lights go out."

"Other minor adjustments have been made in order to avoid clashes with other major sports events like the FIFA World Cup, to allow for differing sunset times, and to attract a wider attendance to promoters' events."

01/30/18 (GMM) The start time of grands prix could be set to change, according to France's Auto Hebdo.

The report claims that, following a recent meeting between Liberty Media and the sport's broadcasters, "several ideas were tabled including a change to the race starting time".

For years, European races have begun at 2pm, but now a postponement until 3.10 is proposed "in order to attract more viewers".

Italy's La Gazzetta dello Sport explains further that the later start time would "meet the commercial needs of TV and assist the American public who are disadvantaged by the (existing) start time".

The report explained that practice and qualifying times would also be correspondingly moved.

As for the odd 3.10pm proposed start time, Gazzetta explained: "This is to meet the demands of some broadcasters for commercial purposes and an American public accustomed to the transmission of commercials before the start".

The report said the start time for night races like Singapore, Bahrain and Abu Dhabi would not be affected, while the French GP this year could take place at 4.10pm to avoid a clash with a key World Cup football match.

01/26/18 Formula 1 races could start 70 minutes later than they traditionally have, with new owners Liberty Media looking at bringing in a 15:10 start time for the majority of races in 2018.

Currently the bulk of the races on the calendar start at 14:00 local time, but Liberty believes pushing that back an hour could boost television audiences, whilst an additional 10-minute delay could be added to appease commercial broadcasters.

Such a move is likely to prove particularly beneficial in the United States, where advert breaks are more common, and could allow for an extended race build-up.

The change would also mean European races are broadcast at a more favorable time in the US – currently they start at 08:00 on the East coast and 05:00 on the West coast, which would shift to 09:10 and 06:10 respectively under these plans.

Races run at dusk/night, such as Bahrain, Singapore and Abu Dhabi are expected to retain their current schedules.

The proposal has already been presented to broadcasters and discussed with the teams, with a final decision expected in the coming weeks.

The shift could also apply to the entire race weekend, with practice sessions and qualifying starting an hour later too; the tweaks could also have an influence on support acts Formula 2 and GP3, with their respective formats having been altered through 2017.

Note: Races traditionally start at 13:00 UK time due to British Summer Time (BST), therefore the proposed start time for the UK would be 14:10. MotorSportsWeek