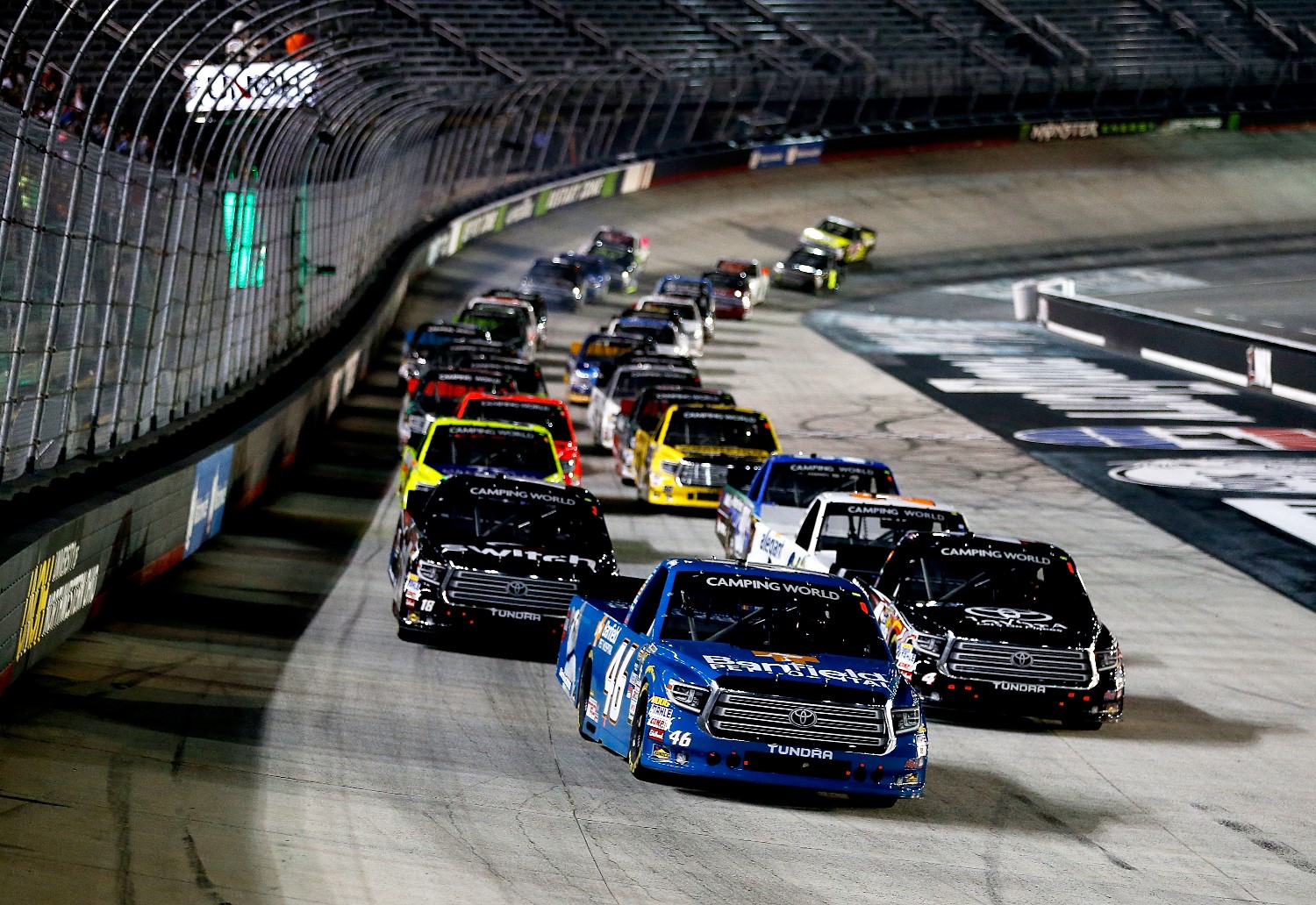 Was the announcement of ThorSport Racing and Toyota parting ways on Tuesday a sign of a Toyota exit from the NASCAR Camping World Truck Series? The writing on the wall sure gives that impression. And if Toyota is backing away from the series, is the spec engine to blame?

NASCAR has pushed for a spec engine built by Ilmor Engineering for the Truck series. It is based on a Chevrolet engine. The engine will be an option for Truck Series teams this year and is expected to be the mandated engine next year.

Kyle Busch has hinted he would take his team out of the Truck Series if the engine became the mandated engine without Toyota support. So, is the end of KBM in the Truck Series coming? If the team owner’s remarks are any indication, maybe. After all, why would Toyota provide financial support for the purchase of an engine it didn’t manufacturer?

Busch claims that he wouldn’t be able to afford to continue fielding trucks in the series without the engine support it receives from Toyota. Red Horse Racing is gone, ThorSport Racing has left Toyota. Kyle Busch appears to preparing for an exit.

The Truck series has a small following, so what's in it for Toyota? They paid their dues to NASCAR by spending a lot of money to prop up the truck series, thus allowing them to win in the Cup series. They would have never won in Cup if not for their investment in the lower NASCAR series. But with TV ratings tumbling the value isn't there for Toyota any longer.

Prediction: Toyota will be gone from the Truck Series in a year or two.