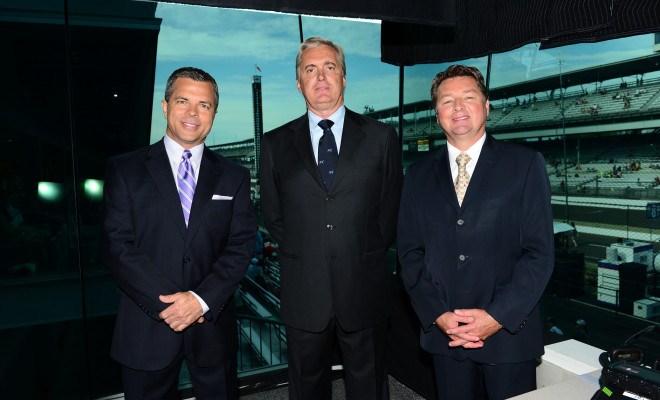 Per the official IndyCar Series app produced by Verizon, it appears that there have been a few additions to the 2018 schedule giving fans a first look at the television line-up for next season writes Tanner Watkins of Open Wheels.

On the official IndyCar app, nine races have already been listed with television partners alongside. Each of these races return to their 2017 television partner, and that is to be expected with no drastic changes to the current television contract as it completes one final year.

Many fans were asking for revisions to the current television contract prior to its expiration at the end of next season, and it looks like those requests went unfulfilled. Earlier this fall there were rumblings that NBC would attempt to buy ABC out of its remaining event obligations, giving the Peacock Network unrestricted potential to broadcast races on network television.

Believably, ABC’s affiliation with the Indianapolis 500 halted those prospects and it appears there may still be a fight from the Disney-owned television company when a new deal is negotiated in 2018.

While not initially listed, one could assume that ABC will also carry the Chevrolet Detroit Grand Prix, a two-race event held the weekend following the Indianapolis 500. The event has been a staple in ESPN on ABC’s coverage plan over the past few seasons and helps ABC meet their minimum broadcast obligations.

Open-Wheels will continue to monitor the situation with the 2019 season less than 15 months away. While it was expected following the 2017 season finale, announcing a new broadcasting agreement could potentially be delayed well into 2018 as the sanctioning body actively searches for a new title sponsor.

Interestingly enough, it should be noted that these listings cannot be found on IndyCar’s website-based schedule.

Below are the screenshots from the IndyCar app’s 2018 schedule tab: Tanner Watkins/OpenWheels